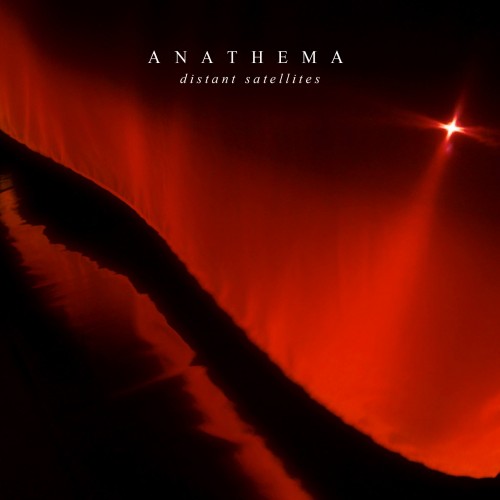 (Andy Synn wrote this review of the new album by Liverpool’s Anathema.)

Let’s start things off by getting a few things out of the way first, shall we? If your initial reaction to this post is:

“That’s a stupid name. I won’t listen to what any site named No Clean Singing has to say!”

“What is this? This is not metal! This site is stupid!”

Then there’s the door. Feel free to let it hit you on the way out.

For those of you who’re still reading (hopefully that’s most of you, because our readership here at NCS is, in the majority, pretty open-minded and interested in the albums/bands we elect to cover), thank you for sticking around, and I hope to make it worth your while. 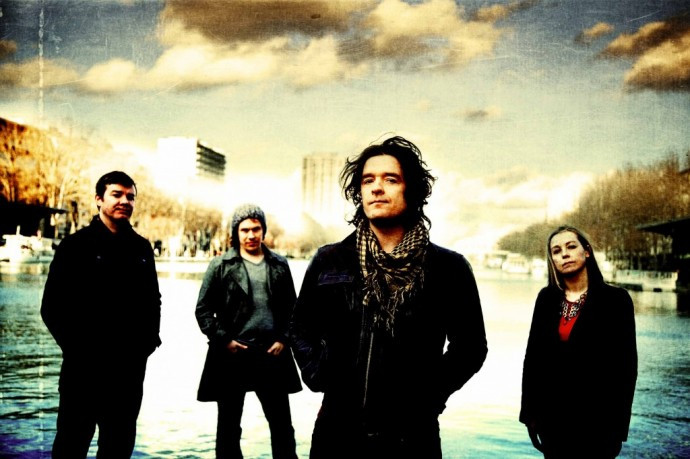 Now while it’s been a long time since Anathema were a metal band of any sort, that’s not something we hold against them here at NCS. We’re not prejudiced like that. It helps of course that the band’s transformation into a soaringly melodic, heartbreakingly emotive progressive rock band has resulted in some of the most rewarding, complex, and beautiful material of their career. Or anyone’s, in fact.

Added to this, by my calculation, they’ve been a progressive band much longer than they were considered one of the original Peaceville Three. Perhaps it’s time to let that go, eh guys?

I’m sure you’re aware that both We’re Here Because We’re Here and Weather Systems were pretty much universally hailed as masterpieces (although there’s some friction over which is truly the better album). However, although Distant Satellites does follow on from its predecessors in terms of its near-perfect grasp of melodic beauty and human vulnerability, it also progresses the band’s sound in several interesting ways, bringing in comparisons to both Massive Attack and Ulver, particularly 2007’s Wars of The Roses.

Both albums share a similar sense of dreamlike minimalism and dramatic depth, and both albums feel extremely spontaneous and instinctive – as if they were written in a vacuum, isolated from expectations and external demands.

The first half of the album will perhaps be more familiar to both long-time and new fans of the band, yet even here it establishes quickly that something ever so slightly different is in play, the band experimenting  a lot more with ideas of space and distance, separating the elements of each track to create a sense of depth and atmosphere quite different from both its predecessors.

With its stuttering drum beats and flowing piano, “The Lost Song, Part 1” captures a sense of calming energy, organic and alive, patient and warm, with the twin vocals of Vincent Cavanagh and Lee Douglas weaving an absolutely spellbinding duet of love and loss as the song builds toward an impressively intense peak of crashing drums and ringing, powerful guitars.

Its companion piece, “The Lost Song, Part 2”, is the yin to Part 1’s yang, the white to its black, the light to its shade. Two sides of the same coin, each the inverse of the other, yet irrevocably linked. The cleverness here is that though the two songs are incredibly similar, they’re also intriguingly different. The vocalists switch roles, the duet now led by the gorgeous, crystal clear voice of Lee Douglas, while the song’s climactic peak replaces thrumming guitars with sweeping strings in a gloriously simple, yet beautifully effective bit of musical shadowplay.

The intricate guitar picking and sleight-of-hand drumming of “Dusk (Dark is Descending)” provide a deceptively complex, deeply hypnotic, backing for the song’s prominent, heartbreaking vocal melodies, which slowly rise to a thrilling crescendo, borne on a murmuring tide of electrified bass lines and thrilling guitars. The song sinks slowly into twilight gloom and dusky silence, broken by the twinkling starlight of a simple piano line, before rising again to touch the heavens once more.

“Ariel” is as frail and soft as a nighttime breeze, plaintive vocals echoing in the darkness atop a soft stream of gleaming piano and the lazy swell of strings. The drums, when they appear, come in almost tentatively, afraid to break the solemn mood that has been built up, but soon after the song blossoms into something grander and more majestic — still fragile in its own way, but more vital and alive. The call-and-response vocals of Vincent Cavanagh and Lee Douglas are a thing of absolute wonder, and fill the second half of the song with a powerful emotional connection, one that seems to transcend the conscious mind and strike straight to the heart of things.

The second half of the album takes things a step further outside of the band’s established comfort zone, placing more emphasis on the more unexpected and unconventional elements which the previous tracks have only teased or hinted at.

“The Lost Song (Part 3)” begins particularly interestingly, with some intricate, lithe drum work underpinning a sombre ambient soundscape, to which crystalline layers of ight and colour are slowly added, the song growing and mutating from these tiny seeds of sound into an expression of fractal musical beauty, endlessly repeating, yet never the same

A brooding accumulation of strings and drums aids the song in teasing unfathomed depths of mood and atmosphere, while Vincent’s lovelorn voice continues to expose the band’s naked soul to the world, echoing through the shadows and empty spaces in a display of raw emotion.

Simultaneously both minimalist and grandiose, the song is a rich tapestry of wounded passion and raw sensation, thin threads woven together into something unexpectedly grand and impressive, culminating in Danny Cavanagh’s glorious, Pink Floydian outro solo.

“You’re Not Alone” is this album’s equivalent of “Panic”, a seemingly disparate agglomeration of trip-hoppy haze and broken beats, married to an insistent, compulsive vocal pattern that offers an unexpected injection of guitar-driven adrenaline in its second half, exploding out of the void like a veritable supernova of sound and fury.

The steady hymnal heartbeat of “Firelight” possesses the same sombre vibe as recent Ulver, further driving home this unexpected comparison between the two bands, and leads into the stuttering electron pulse of “Distant Satellites”, which matches solemn grandeur with synthesized beauty in a perfect balance of artificial light and shade.

The album concludes with the fragile solemnity of “Take Shelter”, whose soothing electronic heartbeat and forlorn vocals end the album on a high note, stripped bare and vulnerable, yet always clothed in the invisible breath of life. Truly, unforgettably beautiful.

Writing about Anathema is hard.

It’s easy to write about the loud bands, the aggressive bands, the heavy monsters we usually cover here at NCS, since there’s a wealth of colourful terms and visceral metaphors for their sound. But when it comes to something as purely emotive and breathtakingly simple/complex as Anathema, that established vocabulary just doesn’t apply.

Music this deep, this subtle, requires a whole new approach, and it’s harder to find the right terms for the feelings and sensations that it creates. Finding the right words for those subtle changes and differences, for those moods and emotions that are so hard to grasp – even at the best of times – is a real challenge.

I’ve done my best here. I hope I’ve at least helped give you a tiny bit of insight into the music. But I suppose the real proof is in the listening. If it simply doesn’t touch you, then nothing I can say or do can really change that.

At best, maybe I’ve opened up a small window in your mind that might let the music in. Sometimes that’s all we can hope for.

Distant Satellites will be released on June 10 by Kscope, and it can be ordered here. It can be streamed in its entirety at this location. Below you can hear “The Lost Song Part 3”.