(In this post our guest Kunal Choksi (Transcending Obscurity) puts the spotlight on new releases by four death metal bands from Spain.)

Here are some rather new and interesting, but most importantly effective, Death Metal bands from Spain to check out. The originality is questionable but these guys are doing it better than most out there – Domains is a worthy competitor of Dead Congregation’s latest one released in the same year, Bokluk is playing devastatingly raw but catchy and old school Death Metal, Morbid Flesh is sticking to its tried-and-tested but concrete old school Death Metal, and lastly, you have the comeback album, in a sense, of the old Spanish legend Aposento, who have been around since the early ‘90s and only now unleashed a debut full-length. Let’s delve more into the bands, shall we?

Sinister Ceremonies is only the debut album but it’s thorough and comprehensive in its sound and aesthetics. Unlike the usual Immolation–Incantation worship or Blasphemy added to the sound, Domains creates its own template of music, borrowing or rather incorporating influences of bands like Krisiun, Behemoth, and even Deathspell Omega to create something that is rooted in dark Death Metal but is also reaching out to different styles and traditions.

This makes the band more intriguing than the Dead Congregation release, which is almost as good but lacks the catchy drive of this band. There’s a primal appeal to the Domains release, making it appear as if it’s more old school, and that’s a charm that doesn’t come easily without being derivative.

Domains leads the pack of the Spanish Death Metal bands, at least in recent times. I don’t know whether the band will stagnate or do something even more remarkable, but for now, you can’t afford to overlook this band because Sinister Ceremonies is among the best releases of this year. 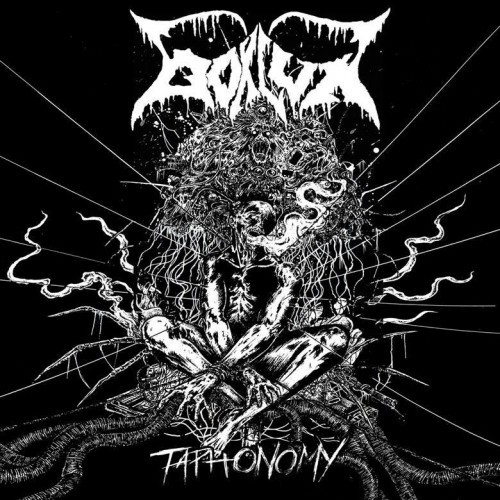 Bokluk is earth-shatteringly heavy. Your bowels will come off. It’s that heavy. This is a step above the standard and rather safe old school Death Metal bands – this one merges that sound with the caustic attire of Grindcore bands such as Repulsion and Carcass, effectively creating something that sounds similar to early Carnage and Nihilist. Overall, you could think of it as old school Death Metal but with its sound coated with the grinding rawness of the aforementioned bands. The result is terrifying but highly potent.

This is extreme music but without losing an iota of essence – it’s that what makes Bokluk special and, in my humble opinion, superior to the horde of such old school-influenced bands out there. This is remarkable once again because the band have only now released their debut full-length album this year on the Memento Mori label. And like Domains, this too would probably get a mention on my year-end list. 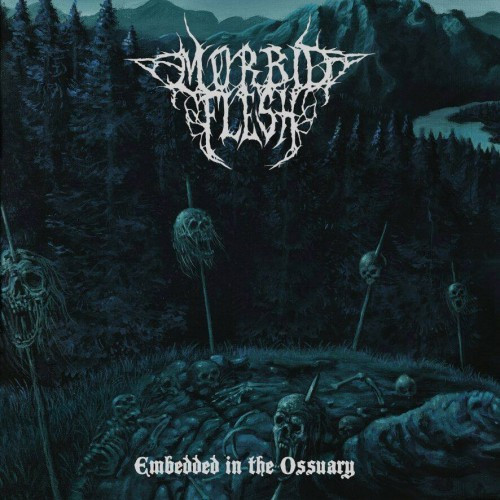 If there’s one thing I forgot to mention earlier, it’s the inherently festering sound that the Spaniards manage to come up with effortlessly. Morbid Flesh, playing rather conventional old school Death Metal, is exemplary of that. The sound is well-rounded and safe, but the putrid tunes are irresistible. Embedded in the Ossuary is an EP, but it has no weak moments and from start to finish it delivers and will satisfy you if you’re on the lookout for some potent old school Death Metal, owing most of its sound to the Swedish bands but without sounding cloyingly familiar. 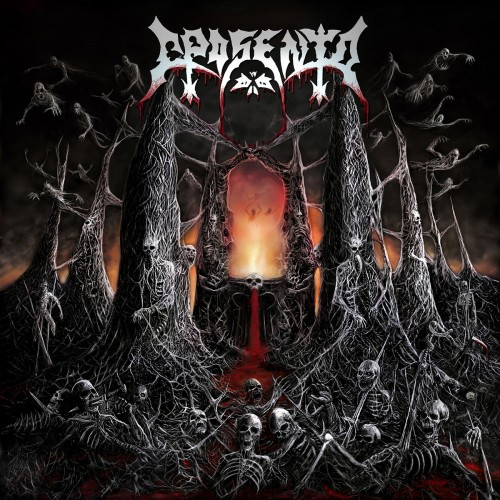 This one deserves a mention on this list because Aposento has been around since the early ‘90s but has only now released a powerful full-length album. That doesn’t happen too often. I mean, even the big ones of the genre have released weak albums, save for perhaps the Massacre comeback album. Like that one, Aposento has released a solid, riffy, and effective meat-and-potatoes Death Metal release. It reeks of old school air, barbarism, and a passion that is lacking in most of the mechanical bands of today. Its music is comparable to the likes of Cannibal Corpse, Massacre (old), Sepultura (early ‘90s), even a bit of Master, and Benediction. It’s chunky, heavy, and workmanlike. This band has grown balls over the years and released its only album two decades late – but it’s only good news for the Death Metal world.