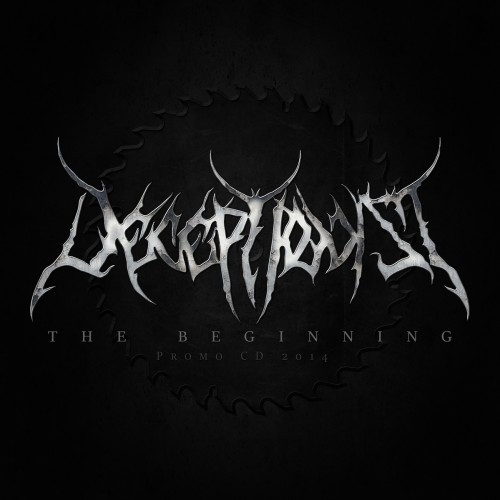 (DGR reviews the new release by Deceptionist from Rome, Italy.)

Deceptionist are a band I discovered via the Hideous Divinity Facebook page a few weeks back. Hideous Divinity are one of the bands that grew off of the Hour Of Penance tree, and their vocalist Enrico H Di Lorenzo was posting about how he had provided guest vocals on Deceptionist’s song “Through The Veil” on their new EP.

Deceptionist are a new band hailing from Rome and consisting of Andrea Di Traglia on vocals (usually in a middle- to low-range growl), Antonio Poletti on guitars, and drummer Claudio Testini, who is frightening behind the kit and whose name must now be added to the ever-growing ranks of Italian blast masters. Di Lorenzo described them as being a tech-death band with a light electronic element, using them in an industrial form to add to their overall sound. He also mentioned that this new EP, their first, bears the name of The Beginning (Promo CD 2014) and that it was available at “name your own price” on Bandcamp.

To ballpark a comparison band, Deceptionist veer into the spectrum of tech-death that Spawn Of Possession seem to inhabit by themselves. Instead of going for the intensely low-end, humongous sound with all of the whirs and whistles on top of it, Deceptionist go with the knife-sharp, machine-typed-out and mathematically precise playing that Spawn dish out in spades. This means that their promo EP should be very familiar to fans of the latter group, because Deceptionist’s promo sounds like a swarm of angry insects being delivered into your eardrums via a tech-death funnel.

The Beginning is an intro and then three songs of violent fury, and in this case that fury is quickly tapped out with the precision of a power hammer. The industrial samples — the various metal clangs and shorted-out electronic noises — actually do help to differentiate Deceptionist a lot from the growing amorphous blob of tech-death musicians out there. In combination with the constantly switching guitar and drum parts, each song sounds more and more like something out of the future as The Terminator envisioned it. Of course, this lends musical credence to the song named “When Humans Became Machines”. The song “Sunshine” (complete with movie samples!) will probably draw the most comparisons to the swarm of angry insects brand of tech-death, as it even sees some Archspire-esque rapid-fire vocal delivery working its way into an already frightening start/stop shotgun blast of a song.

As a twelve-minute demonstration of things to come, The Beginning proves that Deceptionist will definitely be one to watch — especially if they can continue to forge songs of this caliber and perhaps figure out how to incorporate more and more frightening sounds outside of their regular set of instruments. You could potentially see Deceptionist become absolutely inhuman in form as the future unfolds.

EDITOR’S NOTE: Cool band shirt, too, a photo of which I’ve added below the Bandcamp player. The art was created by Headsplit Design and it’s available along with CDs and patches via the following Big Cartel link. 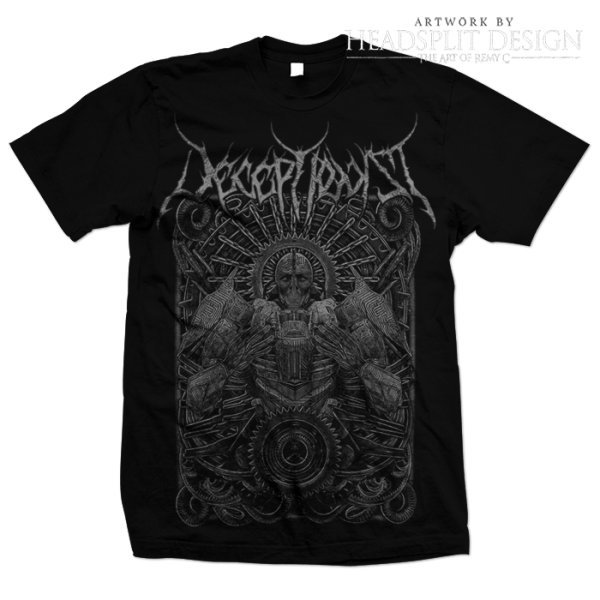 3 Responses to “SHORT BUT SWEET: DECEPTIONIST — “THE BEGINNING””