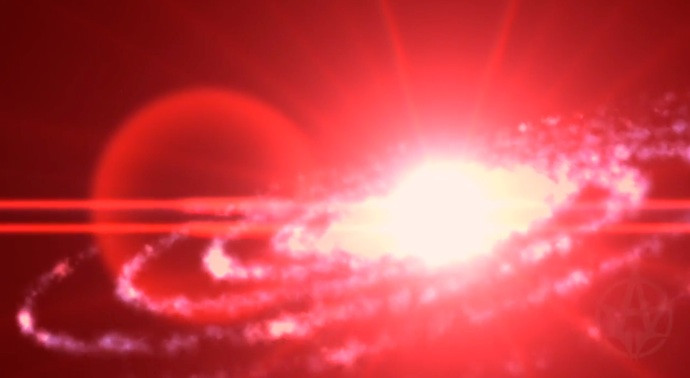 I haven’t yet listened to all of Allegaeon’s new album (Elements of the Infinite), but my comrade TheMadIsraeli has. He says it’s their best album yet. I’m not going to contradict him without hearing it, especially because the three songs I’ve heard so far tend to substantiate his claim. Those three are “1.618” (streaming here), “Threshold of Perception” (streaming here), and the one that debuted today in video form — “Our Cosmic Casket”.

The video for “Our Cosmic Casket” is Part 2 of a story that began in the video for “1.618”. There will allegedly be two more parts coming our way. Whereas “1.618” brought us the highly amusing Wheel of Sub-Genres, “Our Cosmic Casket” bring us the event horizon of a black hole approaching Earth, with the song’s instrumental pyrotechnics delivering the kind of adrenaline flow you’d get in the final minutes before the atmosphere got sucked into a wormhole, assuming you didn’t decided to beer up for the final cataclysm.

There’s actually only one thing (besides the band) that the videos have in common, but you’ll figure that out for yourself. As for the song, it’s my favorite of the three I’ve heard so far. It cranks the high voltage. Hope you’ll like it, too.

Elements of the Infinite will be released on June 24 in North America, June 23 in the UK and Europe, and June 20 in G/A/S.  Someday I will find out why labels treat Germany, Austria, and Switzerland differently from the rest of Europe. The album can be pre-ordered from Metal Blade here.