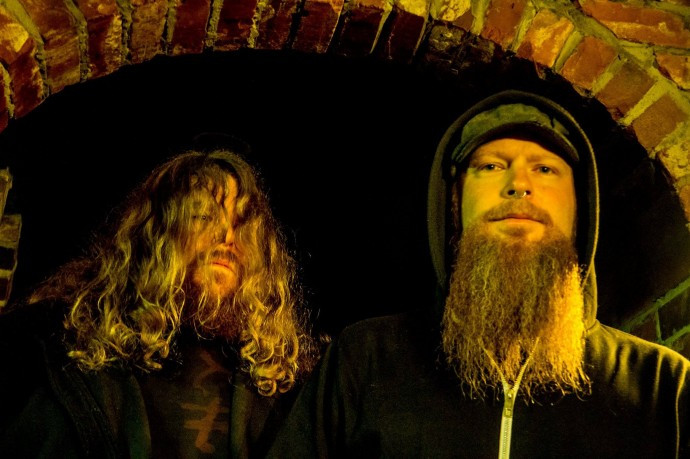 (Our Russian contributor Comrade Aleks returns with another interview — and this time he talks with Kyle Alexander McDonald from the Canadian band Zaum, whose first album debuted earlier this month. We’ve got a stream of the album in here, too)

A caravan from distant Sweden comes into our city, as I Hate Records brings rich gifts, and among them I’ve found a rare one: Shining with colours of the sun, a disk with scriptures ancient, the 2014 debut CD of Zaum from Canada, with psychedelic heavy vibes. Enriched with the wisdom of Oracles, the melodies are spreading and full of Eastern mystic rituals that come and blind our feelings. Kyle, the master of the voice and heavy guitars, answers our questions and reveals secrets of the band and of long-gone tribes that make their stories come alive. So, welcome pilgrims of doom and praise the gods for rain.

Salute Kyle! First of all let me ask a straightforward question: What does the band’s name mean? I know only an accordant word in the Russian language, but I wonder if you meant that when you give your band such a name.

For us, ZAUM defines the form of communication beyond that with which we are commonly familiar and have used as humans.  By harnessing ZAUM, one is able to communicate at a higher form without the boundaries of a modern spoken language.  ZAUM tells of a deeper meaning in the medium beyond the borders defined by the music, experienced as a deep mental elevation.  We indeed reference the invention of ZAUM by Russian Futurist poet Aleksei Kruchenykh – so I suppose in that regard we do have a Russian connection.  I’ve used the name as a label for my personal demos since 1993, and when the time came to name the band – it just made sense, as this is my first band in which I’m writing 100% of the music rather than in collaboration.  That said, Chris [Lewis] does have a hand in the song arrangements.  Hopefully we can play there soon.

You’ve been playing heavy tunes since the mid-90’s. What have been the most memorable periods in your artistic life?

Speaking for myself — I formed and played bass in a 3-pc stoner/noise band called COPSHADES and did a lot of touring with that band, which is now defunct, though it was very dear to me and my artistic journey.  Additionally, I fronted a 3-bassed psych/doom monstrosity called SHEVIL – a band which is currently on hiatus due to 2 of the 4 members relocating for jobs.  We recorded an EP and most recently a full-length which was just pressed to vinyl and is available to purchase from shevil.bandcamp.com — only 100 copies pressed so get one while you can!

Have you cut all connections with the music you played in your former bands? Can you say that ZAUM became a sudden goal of your musical pilgrimage?

The only thing I’ve truly taken with me is my interest in history, religion, mythology, and the supernatural.  The Shevil record Kilts Of War tells of the plight of the Roman Catholic movement across Europe (based in Scotland) – the lynching & murdering of the Pagans, and the terrible destruction of their culture and burial of their history.  Being that Shevil was a band I fronted, it’s tough to not bring some of that with me.  That said, it was a musical collaboration between Shaun Crawford and myself – whereas ZAUM is entirely my vision as far as writing goes in respect to musical/lyrical content.  I can’t exactly speak on Chris’ behalf, but I know he drew drumming inspiration from his previous band MANLORD, in which he drummed and sang.

Zaum’s first full-length album Oracles is an “audiological perspective of the history of the middle east”. When did you start to become interested in this culture? And what attracts your attention most – a concrete historical period or the whole atmosphere of Middle Eastern culture?

I’d say probably 5 years ago.  Authentic old world music became somewhat of a personal fascination of mine that I haven’t particularly been able to share with many of my friends – as such it’s always been something I’ve mostly kept to myself.  For some reason, I feel a deep sense of mystique in regards to the culture, geographical location, and ancient history.

Moving from Roman Catholic to Eastern Pilgrims… It’s a really big step! What kind of interesting ideas did you discover for yourself in Middle Eastern culture? Did you learn something special in your artistic searches?

I wouldn’t say I discovered or learned anything in particular, though it feels fulfilling.  I wish I had a more interesting answer in this regard haha!

There’s a sitar-tuned guitar in Oracles besides the meditative duo of bass and drums; how did you work out the methods used to perform the conception of the album musically? How did you get the elements to the point of being enough for you?

My intention was to keep it deep and textured, yet simple.  As a musician and studio engineer, it’s very fun and easy to continue adding countless layers to a song you write.  I made a specific effort with ZAUM to keep layering at a minimum, so that when you see us live, it doesn’t fall short of our recorded experience – which is something that happens with many 2-piece bands.  The texture always comes last and it’s just an extension of my mental mindset when I’m in that headspace where the song takes place.

Do you already have an idea about how to expose more elements of Eastern music in ZAUM’s compositions?

I’m not certain of anything yet, though I do know I would like to add some new instrumentation in the recordings at some point in the future.  That said, I won’t force anything unless it feels natural at the time, though one shouldn’t be surprised if there are different instruments, textures, and trips on the next record.

Music was a form of worship, a necessary part of a ritual, in primordial ages. How do you perceive ZAUM from this point of view? To which ethereal realms does it lead you?

We hope to induce a personalized ethereal realm for each individual.  Ideally, everyone will draw their own ideas, draw their own conclusions, and experience their own trip.  We don’t particularly intend a specific point of view – but rather to induce deep thought within a certain realm.

Kyle, I would like to ask you tell us about the conception behind Oracles conception – are all of the album’s songs connected or does each of them have its own story?

The songs are connected in respect to the realm in which Oracles resides.  Each does tell its own story, which, when pieced together, explain a bigger picture.  There is a deeper message to be taken from the record which is for the listener to discover.

ZAUM is already planning a European tour. Can you reveal its details? Where and when will you go? Will you play anything besides tracks from Oracles?

Regarding the second part of your question – we may by then have a song from our next record that may be played at a show or two.  We anticipate having our next album out by this time in 2015. 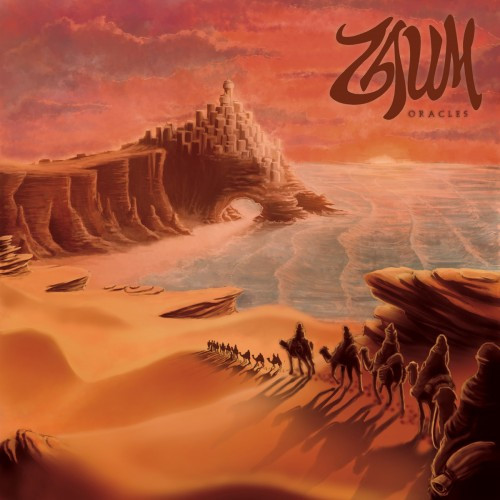 What makes you proud of ZAUM? Which aspect of the music gives you the greatest satisfaction from your creation?

We’re proud of the fact that people are embracing it for what it is and haven’t seemed to hope or wish it was more a certain way or another – thus far anyway!

Thank you for your time Kyle! That was my last question today, but I hope that things will go according to your plans and that we will be discussing the second ZAUM full-length a few months later. Do you have a few more words for our readers?

You’re welcome – and thanks to you in return for the thoughtful interview.  Chris and I both are very pleased with Oracles and we’re exultant to perform it around the world.  In the interim, Oracles can be purchased on CD, Cassette, or 12” Gatefold LP via http://zaum.bandcamp.com.

One Response to “AN NCS INTERVIEW: ZAUM — “PILGRIMAGE OF DOOM ORACLES””