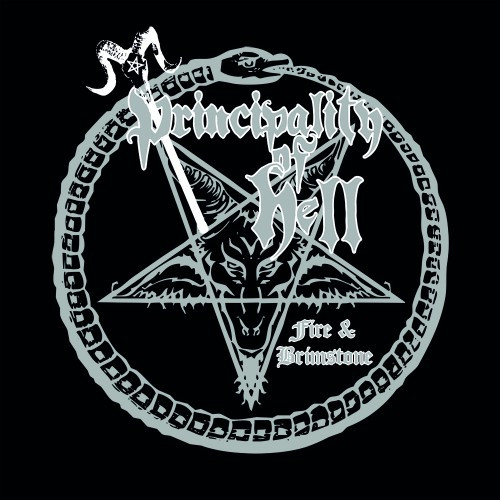 Greece has long been a spawning ground of powerhouse metal in the underground scene, but 2014 is shaping up to be a banner year. It has already delivered excellent (and quite diverse) releases by the likes of Aetherian, Burial Hordes, Dead Congregation, Dodsferd, Hail Spirit Noir, Septicflesh, Spectral Lore, and Suicidal Angels. Now we must add to that list Fire and Brimstone by Principality of Hell — and we’re giving you a chance to discover its vicious pleasures by premiering a song from the album named “Codex Inferno”.

Principality of Hell may be a new name, but it’s composed of veteran musicians, including three members of Thou Art Lord: The Magus (also Necromantia), El (also Nergal, Soulskinner), and J. Maelstrom (also Dephosphorus, Dodsferd, Ravencult). In this new project, however, the trio have turned their obsidian energies to the creation of black thrashing hellfire. 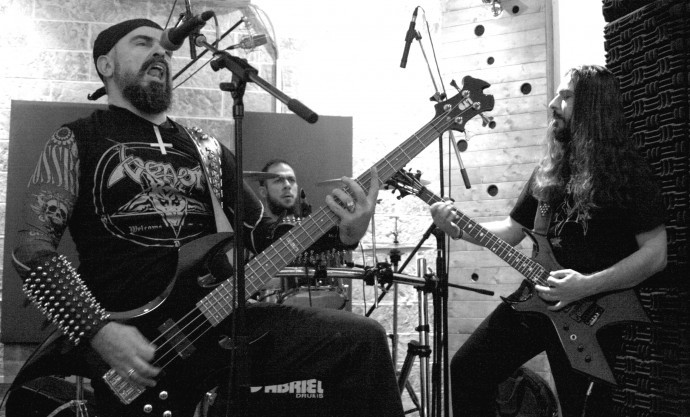 The first thing you’ll hear on “Codex Inferno” probably isn’t what you think will come first, but those grisly bass notes give you fair warning that the song is going to be heavy as hell and dark as night: An aura of creeping doom saturates the music, which is more of a mid-paced romp and stomp than a blistering speed-fest. The riffs are hook-laden and radioactive as well as ominous, and you can hear every blasphemous word that The Magus utters in his gravel-throated growls. This is primal, reptilian music that reaches back into the black heartland where bands like Venom, Bathory, and Celtic Frost once shook the earth.

And this is “Codex Inferno”:

2 Responses to “AN NCS PREMIERE: PRINCIPALITY OF HELL — “CODEX INFERNO””