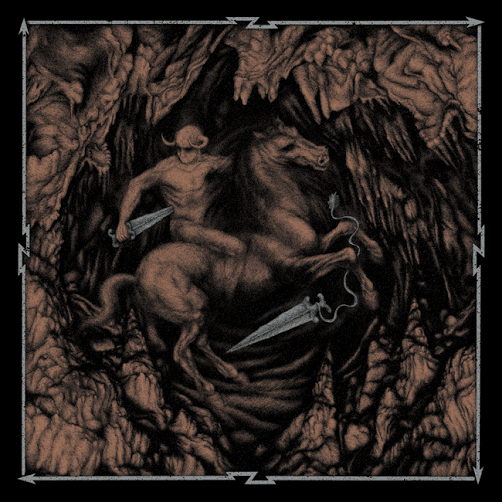 A deep rumbling noise could be heard rising up from the bowels of the interhole yesterday as the name BÖLZER! was simultaneously growled by reviewers who had just received their advance copies of the band’s new EP Soma. The degree of excitement that had been building in anticipation of the EP was phenomenal, given that before Soma this Swiss band had only released a grand total of six songs — three of them on 2012’s Roman Acupuncture and three on 2013’s Aura. I can’t think of many extreme underground bands who’ve made such a big splash in so little time on the strength of so few tracks. But on the other hand, this Swiss duo really don’t sound like anyone else, and that’s a rare achievement in this day and age.

I’ve admitted before that my attraction to Bölzer has bordered on the unhealthy. I listened to Aura so much that I began to fear an alien entity had taken up residence in my skull. I included “Entranced By the Wolfshook” on my list of 2013’s Most Infectious Extreme Metal Songs. After seeing the band at Maryland Deathfest, I waited in line so long to buy a shirt that I missed the next band’s entire set (but seriously, how could you not struggle for the chance to get apparel emblazoned with “THUNDER TONGUE BOLT FIST” on the back?). So yes, I was growling the name yesterday, too.

Well, I have good news and bad news about Soma. The bad news is that it only includes two songs — “Steppes” and “Labyrinthian Graves”. And that’s it for the bad news. 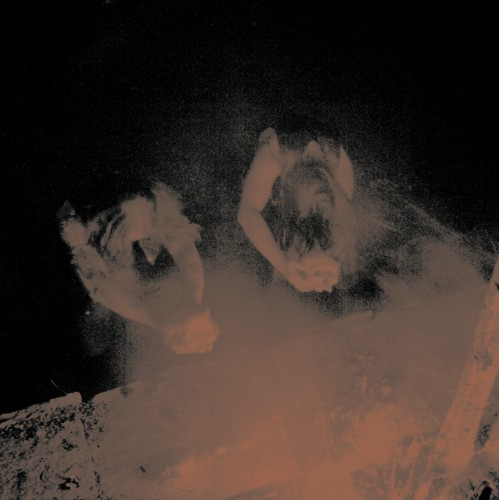 The good news is that the two songs total 18 minutes, and they will only accelerate Bölzer’s meteoric rise to prominence.

“Steppes” is the shorter of the two. It has been available for streaming since April. Before its debut, the band had written on their Facebook page that Soma would consist of “two odes to the goddess Luna, set amidst a thematic backdrop of war and the surrender of the fleshly temple,” and that the music would “contrast the themes of spiritual birth and phallic solar worship offered on Aura, ultimately perpetuating the cyclical struggle of energies.” There is definitely some kind of struggle happening within “Steppes”, a convulsive movement of swarming alien entities, tearing and howling and striking with merciless mallet blows. It’s both militaristic and otherworldly.

“Labyrinthian Graves” unfolds over the span of 12 1/2 minutes, churning out a poisonous fog in which huge, many-tentacled forms move through obsidian shadows with malevolent intent. The distorted guitar chords writhe, spit, and bite as if driven by the spirit of a cobra from a dimension outside our own, weaving strange, dissonant sonic patterns and creating an atmosphere thick with menace. HzR’s drum rhythms are equally strange, and strangely attractive. At times they seem to be almost out of phase with the swarming rhythms of the guitar, sometimes moving like a kind of staggering processional, sometimes bolting forward in a full gallop. Fittingly, guitarist KzR’s vocals sound disturbed and disturbing — a mix of skin-cutting shrieks, echoing yells, ravening roars, and crazed proclamations.

With almost three minutes left, the torrent of unearthly combat comes to a halt, replaced by the twitter of eerie notes against the background shimmer of ambient sounds and the slow rise and fall of cosmic waves.

Soma proves again that Bölzer are in touch with strange attractive energies that elude the grasp of most other blackened death metal bands. Though the limited nature of their output continues to leave this listener hungry for more, I’d rather have two or three songs a year of this consistent quality and staying power than the unevenness of most full-length albums.

Soma will be released on CD and cassette by Invictus Productions on August 5. The cover art is by Alexander L Brown. The first pressing of the vinyl edition has sold out already; Invictus says that a second press will begin production once the first press arrives for distribution, though Iron Bonehead will also have first pressings of the vinyl available for order. Pre-orders for CDs and cassettes can be placed here. Listen to “Steppes” below.