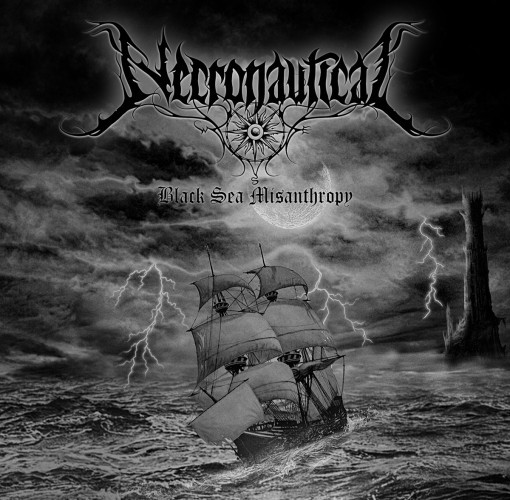 (Andy Synn delivers the following review of the debut album by England’s Necronautical.)

Let’s keep this one simple, shall we?

Or Hour of Penance?

Do you like your metal Deathly, Blackened, and antagonistically heavy, yet brimming with scything melodic hooks?

Then head on over to their Bandcamp page and check out the debut album by misanthropic metal mariners Necronautical right now.

For those of you who want a little more to chew on before making that move, however… read on. 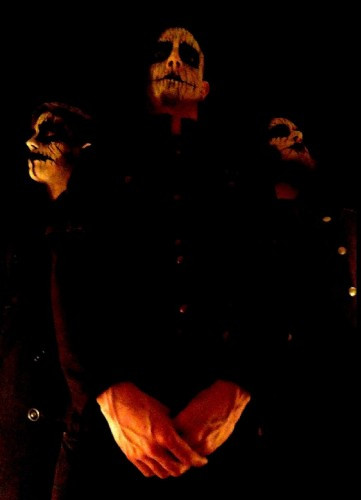 There’s a chance that, for some of you at least, Black Sea Misanthropy will be far too melodic for you to really get to grips with it. Which is unfortunate, as there’s some real meat to these songs, each one armed to the teeth with a wealth of visceral riffs and a treasure trove of gleaming hooks and grimly adversarial aggression.

With a clear emphasis on big, catchy riffs and high-speed drumming, the band’s debut certainly doesn’t pull its punches in terms of sheer sonic battery, yet it’s also an album heavy on both melody and Emperorian (shut up, it’s a word!) bombast. It’s also positively dripping with confidence – something ably represented by the audacious cry of “We are Necronautical!” which rears its head during virulently infectious opener “Come Hell or High Water”.

The title track mixes blackened energy and searing harmony with a touch of rhythmic, deathly power – landing somewhere between Dark Funeral and The Black Dahlia Murder – while “Ghosts of Men” errs more towards the Death Metal end of the spectrum, but with a prominent undercurrent of malevolent blackened melody that weaves in and out of the colliding riffs and crashing drums with dark, fluid grace.

“Dominion” is coloured by obvious shades of mid-period Dimmu Borgir, its grandiose lead guitar work and looming keyboard presence serving to make it one of the most overtly melodic tracks on the album, though these elements remain grounded in a firm foundation of bludgeoning drum work and acid-drenched vocals.

The groaning blackened beast that is “Abyssal Gigantism” roils and rumbles with the inevitable promise of a looming leviathan, slowly rising and swelling to monstrous heights before plunging into its juddering, rhythmic chorus refrain. By contrast, the distinctly Hour of Penance-esque “Pride In The Great Colossus” is shorter, sharper, and snappier, with a much more aggressive Death Metal bite and a taste for gleaming, venomous melodies and lightning-fast lead guitar work.

The climax of the album comes in the form of suitably epic final track “The Heroic Age of Antarctic Exploration”, a passionate procession of grandiose riffs and extravagant melodies, somewhat akin to Limbonic Art, without the relentless, robotic blasting. A fittingly majestic finale for the album, what it sacrifices in terms of extremity it gains in terms of impressive technical nuance and mountainous melodic hooks.

Ultimately this is a fine figure of an album – impressively poised and impeccably performed, with both passion and precision in equal measure.

If I were to make one criticism it would be that the band’s influences are still a little prominent. At times it’s all too clear when particular parts were designed to sound like Band X/Y/Z, but despite that there’s a very real undercurrent of promise here, something that suggests the band’s own sound and identity is definitely there, lurking just beneath the surface.

It simply needs a little more time to rise from the depths.