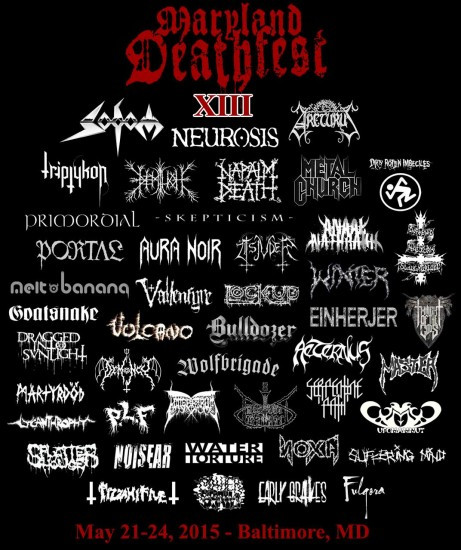 About a week ago the organizers of Maryland Deathfest XIII announced the first wave of more than 30 confirmed bands for the 2015 edition of this mighty festival (you can see that initial list here). And just a few minutes ago they revealed a second list of confirmed bands. This list isn’t as lengthy as the first one, but it’s still stunningly impressive (Demilich!!!):

Of course, there are many more names to come, and we will probably write about every one of these lists as they are revealed.