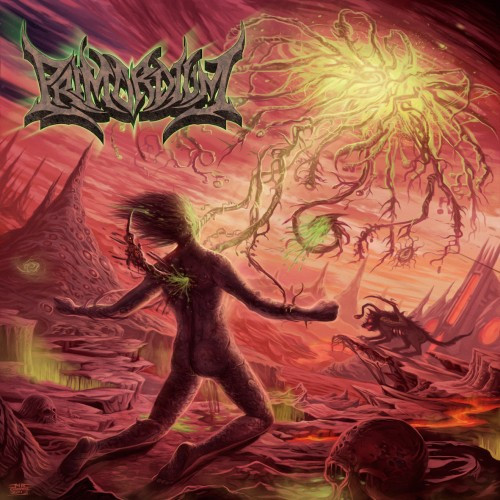 Today we’re helping to premiere the first song from the debut EP by an Indianapolis band named Primordium. Entitled Aeonian Obsolescence, the EP is coming your way this September via Lacerated Enemy Records. We would have been interested in hearing it even if it didn’t come packaged with the distinctive artwork of Mark Cooper on the cover, but that art… speared us right through the chest. And the song we’re premiering — “The Incursion” — speared us right through the head.

Primordium unabashedly plant their flag in the camp of technical death metal bands such as Spawn of Possession and Deeds of Flesh, delivering an accelerated flurry of jabbing, swarming riffs, machine-precise bursts of hyper-speed drumming, and blasts of gruff, percussive vocals. The music conjures images of an alien insectile horde dislodged from their hive in a fury, but the swirling guitar harmonies and soloing that surface in the song exude an unexpected warmth — “The Incursion” is catchy as well as head-spinning and lacerating. 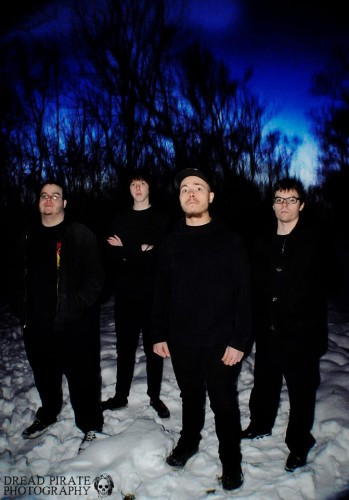 Aeonian Obsolescence will be released by Lacerated Enemy on September 19, 2014. As mentioned, it features typically awesome cover art by Mark Cooper (Mindrape Art) and it’s available for pre-order now via the links below, as a CD, in limited digipack format, or as a digital download.

This is a link to Primordium’s FB page:

And this is “The Incursion”…

4 Responses to “AN NCS PREMIERE: PRIMORDIUM — “THE INCURSION””