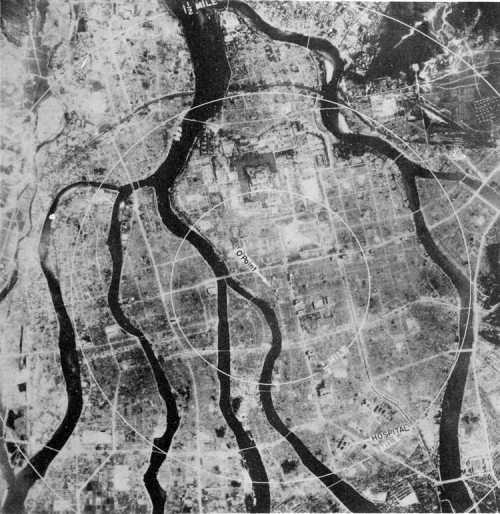 (DGR wrote this piece about a song by The Fevered.)

The single-song review is an odd thing for me, mostly because we’re always trying to grab huge swaths of new material, and most of the time a single three- to four-minute track doesn’t lend itself all that well to my habitual jawing-until-my-face-falls-off writing style.

I’ve managed to choke five paragraphs out of just about anything I can think of at one point or another, but I recognize when it doesn’t work all too well — which is why I tend to save those reviews for songs of a longer caliber, ones where the ten-minute runtime could be re-imagined as an EP in its own right. But there’s something about “Epicenter” by Brisbane, Australia-based The Fevered that has set the gears in my mind in motion — no doubt a creaking so loud that I’m writing this review later in the day so as to avoid violating any sort of noise ordinance.

“Epicenter” is a song that The Fevered released close to four months ago now, but one that I’ve only recently discovered through a habitual “random check in on Facebook with bands I haven’t thought about in a bit”. It’s a habit that lends itself well to discovering new material, but I’m now drawing a fifty/fifty shot on not being the most prompt in reporting what I find. In the case of “Epicenter”, the song was released as part of a compilation in dedication to an individual named Chris Torpy. The compilation came out through Art As Catharsis records and they described the release of the compilation and its purpose as follows:

“A special compilation curated by We Lost the Sea and Art As Catharsis to pay tribute to a superb person, Chris Torpy, who sadly took his life in March 2013. 100% of proceeds will be donated to the charity beyondblue, who provide support for people who suffer any form of depression and anxiety, empowering all Australians, at any life-stage, to seek help. www.beyondblue.org.au.”

Since its release, according to the Bandcamp page, they have been able to donate over $4600 to Beyond Blue.

My history with The Fevered dates way back to their earlier days, with the release of an EP named Vestige. They were something close to a melodeath band at the time, but since then have switched to a more hardcore-punk-fueled sound, as evidenced by their 2012 release Blackout.

“Epicenter” is written in the vein of that style, so you have the rotating bass drum, snare beat, and driving bass guitar that so many punk songs have been driven by, along with a manic and wailed vocal style and distorted-to-hell-and-back guitar work. The thing that struck me with “Epicenter”, and probably the reason why it has been clawing at my brain for as long as it has, is the purpose behind it, as well as some of the lyrics — which I have found to be stark, pointed, and highly purposeful, each word like a loaded shotgun blast.

“Epicenter” is meant to examine how we react to and deal with tragedy, which makes its appearance on this compilation no doubt more meaningful. Hell, the words may be highly reflective of how the band felt, especially when the words are taken in context with how the song moves.

The moment that has really stuck with me the most is the opening segment, the words of which read as follows:

“The first thing I saw was white, like the birth of the sun
A light without heat, calming as though we deserved it
For a moment the air stilled, my hands fell from my face
The warmth ushered in. Silence reigned.”

In part, the reason why this section has stuck with me the most is because it feels like the only experience with which I am the most familiar, at least in this sense: It feels like the immediate reception of bad news and how a person prone to emotional outbursts might react. The song is absolutely driving in the opening section, but the moment when the words SILENCE REIGNED are shrieked, everything comes to a dead stop. No breath, nothing. Then respiration begins again, and things come back full force.

But this is the part that has been bothering me the most and caused me to think so much. I have never had to receive any bad news quite like this. One of the good things about only caring about one-half of my family, and that half being Minnesotan, means that nothing really happens there. Nothing much happens to the Minnesotans, ever. I’ve been incredibly lucky with my friends as well, as those I’ve kept around still walk this Earth, and I’m thankful for that.

The only time I’ve ever been drawn close to any situation like this one was back in high school, when a kid my age took his life; one day I showed up to class and only four people (out of thirty) were there. Apparently everyone knew this kid, and when they received the news all of them immediately took the day off school — except me, because I wasn’t familiar with him. Yet, everyone told me I was. That I knew this kid.

That has always haunted me for a different reason, but it’s not nearly what I would imagine someone would feel if a person they knew well took their life. It’s something I don’t think about, because even if I heard someone close to me had passed on accidentally,  I imagine all I would see for close to three days would be… just white.

It reminds me a lot of characters I feel drawn to in literature or movies, probably why I still have a soft spot with the flawed characters they kept putting in The Crow films. There is always that sense of fighting against acceptance, fighting against the futility of it, raging against the fact that someone is gone and they won’t come back. It opens a wound that never closes.

And the thing about “Epicenter” for me is that although it’s an examination of how people react to horrible situations and grief, its protagonist is tearing himself apart about it, an experience which the song manages to humanize, and that’s a rarity in the world of monsters, gore, and doom within which we’ve encased ourselves in our love of heavy metal. Not to say that these moments don’t happen in other music, of course. I know Swallow The Sun has gotten to me a couple of times, as well as Novembers Doom and October Tide, but that is all music where the main draw is to be miserable. In this case, it’s the seeming fury that is boiling over that draws me to it; it’s a poetic take.

One of the constant refrains in “Epicenter” is the idea of “Lately, I’ve not been sleeping/Lately, it’s been too late”. At this point in the song, the protagonist is practically tearing himself apart over what has happened. It’s something with which I fully empathize. The fact that it’s repeated over and over in the back half of the song really hammers home just how much a tragedy can ripple outward and the effect it can have on people.

Even as the lyrics become more metaphysical and philosophical over the course of the song, there’s a usage of imagery that has generally bothered me, mostly because the situation being described feels and sounds like a form of hell. It probably isn’t the correct interpretation, but toward the end of the song it feels like our narrator is trapped, facing down the same situation over and over, unable to move on, unwilling to accept, frozen in place. It’s like the five stages of grief drawn out into a torture session — with one part meant to last for an eternity.

“I watched as they met above the city square
Blinding white against a sky ablaze
And in between stood a cold, black mirror
I saw the reflection and I tried, oh how I tried to move”

Then it closes with the same refrain I mentioned earlier, “Lately, I’ve not been sleeping/Lately, it’s been too late”.

It’s hard to imagine the pain felt by someone going through this experience, but the empathy comes naturally. If I wish for anything in life, it’s the hope that nothing like this ever happens to someone close to me, and if it does, I hope that it doesn’t claw at me like I imagine it will. Hell, look at my reaction to this song. It’s almost visceral, and the dang thing is four minutes and four verses long.

Suicide is an insanely difficult topic to discuss. I’m well aware of that. Especially among some readers of our site, I know that it hits especially close to home — which is why I’ve struggled so hard to dance around it for much of this article. Yet this needs to be repeated: If you’re ever in a situation where it seems like the only option, you can always get help. In the States, our own help lines are easy to contact. Having had friends work for the California one specifically, I know it has been a tremendous help.

It’s a difficult subject to broach without blame being laid at anyone’s feet, and it’s especially hard to confront without saying that there are people who will miss you, always. Which is why I end it here without climbing atop a pulpit, because I am not the right person to talk about these things, and I’m terrible at it. I’m trying desperately to walk/write on eggshells because I don’t want to offend — knowing full well that the main drive behind this particular compilation is a tender subject. If I have caused offense at any point during this piece, I apologize.

I don’t know if “Epicenter” was directly inspired by the band’s loss of a friend, but I do know it has been damned effective in describing the immediate reaction to a situation that may have been just like it. It has a draw for me, and it has been resting on my chest for some time.

You can find the full Collection Of Songs & A Dedication To Chris Torpy at the Art As Catharsis Bandcamp page, as well as information about what they were trying to do back in April, an effort I hope that is still ongoing, here. As they describe on the bottom of their page as of the last update:

“Thank you to everyone who donated to this release. We were able to raise over $4,600 for beyondblue to help people suffering depression and anxiety.

For information on depression, anxiety and related disorders, available treatments and where to get help, visit www.beyondblue.org.au, call the beyondblue info line on 1300 22 4636 (local call cost from a landline), or email infoline@beyondblue.org.au”

One Response to “THE FEVERED: “EPICENTER””