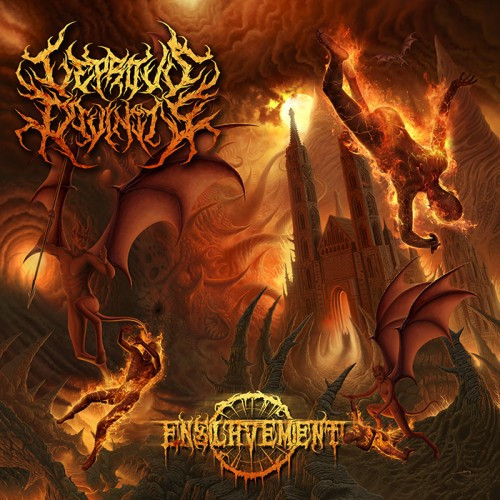 Given that California has a huge population, you could rightly assume that this state dishes out a humongous amount of music on a daily basis. Not only that, but genre shifts and sonic waves seem to be massive here — moving through the metal scenes here like tsunamis. So if there is one sound that seems to be catching on, a ton of bands will be doing just that — or will be newly formed to play around with the style.

You could also correctly assume that right now, judging by the scale of California’s metal output and no doubt because of the massive spotlight being shined on it by the recent renaissance of the Unique Leader label and its slate of artists, that we seem to be on one hell of a death metal kick at the moment. Whether it be the brutal, tech, slam, or prefix-core aspects of the genre, you better believe that we’ve been dishing it out in spades.

Thus, it is hard as hell to get noticed, especially if you’re just launching your band off the ground and are attempting to tread a super-fine line. Such is the situation faced by Leprous Divinity, a group whose sound is rooted in the combination of brutal death metal’s slamming elements and the downward-focused chug of deathcore, resulting in a super-slow, gargantuan slab of metal designed for the sole purpose of crushing people beneath its weight. 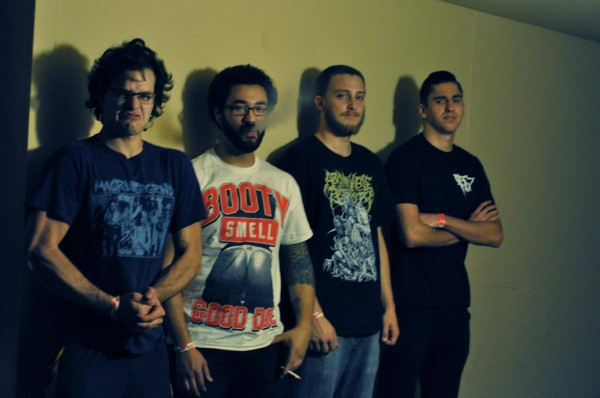 Recently, it has seemed like the definitions of brutal death and deathcore have slowly become more and more indistinguishable as more bands began to pull from each, in search of the next most brutal thing. In the case of Leprous Divinity it’s hard to tell where their music truly lies on the spectrum. They are fans of absolutely huge almost-breakdowns, to the point of it being insane, and the sort of chugging riff which delivers enough downward force that if it were to drive us into the ground we’d all be flat as pancakes.

Leprous Divinity like their music slow and crushing. Each of the songs on Enslavement comes in at close to the four-minute mark or more save for one, yet this makes them feel longer. Each one begins about the same way — with an ambient bit of noise, like the sound recordings of a battlefield, before the group come in and stomp all over the room. Enslavement includes some jarringly unexpected technical moments, but overall the music Leprous Divinity have deemed worthy of their first release is the sort of red meat you can find only in cattle-farming-heavy states, the type with cities founded on the fact that one of their restaurants has a 72-oz. steak on the menu.

That is what most of Enslavement really is: doubled-over vocal-heavy, marbleized fat, red-meat death metal with a heavy emphasis on the -core side of the spectrum. It’s violently heavy and impressively huge for a band just starting out, building up from side projects and castaways of other bands in the California Bay Area/Coastal metal scene and writing music to appeal to the caveman side of us that, frankly, just likes going out and clubbing things until their corporeal form consists of nothing but vague shapes and liquid.

The odd thing about Enslavement, though, is that because the band are going for the sound of a Colossus smashing its way through the wilderness, they’ve also managed to capture the glacially slow movement of it as well. It feels like the opening moments of Enslavement are the sound of the beast creeping to live, and the rest of the EP is each labored step, lifting and slamming down with massive force on the ground. They manage to take songs that, coupled together, last a bit over seventeen minutes and make them feel like an eternity — a suffocating weight under which you’ll never escape.

It’s a unerringly eerie feeling, one I’m not too sure would work on a full release without the band picking up the tempo, as on the closer “Copulating The Self Immolated”, which unfortunately if you’re not paying attention is going to feel like an extension of the previous track. Of course, with the ambient intros and basic tempo being the same throughout, Enslavement sounds like it was written to be one long, drawn-out smash fast, where the band can terrify you and play the increasingly dangerous limbo game of how low can you go before the strings fall off the guitar.

As a debut, Enslavement is an interesting choice. Where most new death metal bands seem intent on making their mark with speed, Leprous Divinity play death metal without it. To be more precise, it’s metrically very, very fast, with a bevy of blastbeats and impressive musicianship, but man, the riffs sound drawn-out enough that Enslavement resembles a storm just on the periphery of the horizon, monstrous and threatening enough to set off alarms for weeks, taking its dear, sweet time in the approach and relishing the emotional torture it causes.