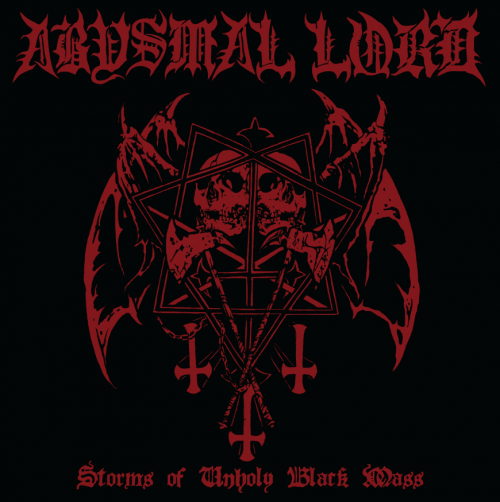 Louisiana’s Abysmal Lord chose well when they named their debut EP Storms of Unholy Black Mass. The five songs on this forthcoming release deliver an unstoppable deluge of massively destructive blackened death metal, a bestial onslaught that vividly creates an atmosphere of pestilence and unholy malignance. Yet the music is more than merely ruinous in its intent and effect. The riffs crackle with ebon energy, the drumbeats strike with bone-jarring immediacy, and the slithering, doom-stricken melodies prove to be unexpectedly seductive. As undeniably venomous as it is, listening to the EP is an electrifying experience.

Today we bring you a taste of what Storms of Unholy Black Mass holds in store, as we premiere the EP’s third track, “Angels of Persecution”. It rains unholy fire and brimstone from the skies in a torrential downpour of grinding, radioactive riffs, thundering percussion, and lightning-strike guitar solos, with ghastly vocals that vomit forth noxious clouds of sulfurous poison. The slashing storm breaks periodically, long enough for the band to deliver slow, skull-flattening hammer blows, just in case you missed the message: only doom awaits. And that rhythmic dynamism is a hallmark of the EP as a whole — Abysmal Lord are as adept at delivering crushing beatdowns as they are at mounting assaults of accelerated violence. 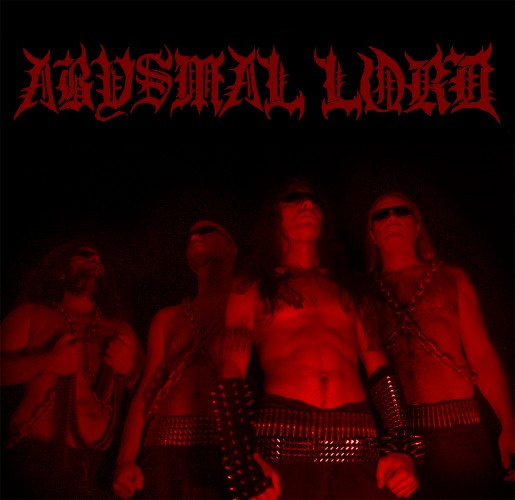 Storms of Unholy Black Mass will be released by the reliable Hells Headbangers on August 8, 2014. It’s available for pre-order here, in red or black vinyl, or digitally on Bandcamp via this link:

Abysmal Lord are a lethal new discovery that should appeal to fans of bands such as Pseudogod and Mitochondrion. Check out “Angels of Persecution” below, followed by a previously released stream of the EP’s last track, “Revelation”.

One Response to “AN NCS PREMIERE: ABYSMAL LORD — “ANGELS OF PERSECUTION””