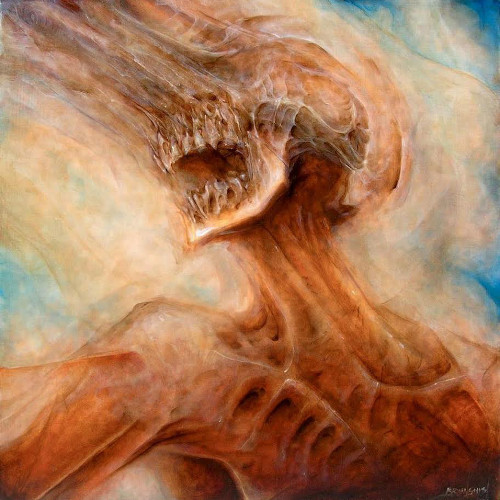 Happy Saturday. I’m still deep in the heart of Texas with a very unpredictable schedule. Yesterday I didn’t have time to do much listening or any writing, and I’m not sure what I’ll be able to accomplish before flying back to Seattle tomorrow night. But at least I had some time this morning to check out a handful of songs I wanted to hear, and I’ve collected three new ones in this post that I’ve really been digging.

One upon a time our guest writer Kaptain Carbon wrote this about The Chills — the 2012 debut album by the East Coast trio known as Horrendous:

“Horrendous unceremoniously slide into the above-average tier with a knockout death metal record that presents the style with no additives, preservatives, or frilly flavor. This is raw and completely un-distilled death metal extracted from the amber peaks of death metal mountain. Horrendous is the Icelandic yogurt of death metal. What a goddamn weird metaphor. That shit is so expensive. Why does this taste like grass and goats?”

As good as The Chills was, the band’s new album is even better and more multi-faceted. Its name is Ecdysis and it’s scheduled for an October 14 release by Dark Descent. And wow, is that album art fantastic, or what? It was painted by Brian Smith (whose FB page is here). Yesterday, along with the unveiling of the cover, Decibel premiered a song from the album named “Nepenthe”. It’s fantastic, too.

I think I would have been happy listening to four minutes of the song’s dismal introductory music, but I’m also very happy with the romping, screaming chainsaw fest that follows it. Only two albums in, and these dudes sound like old pros who have figured out how to make old school death metal sound as fresh as a newly opened wound (and yes, I do like the addition of clean vocals along with the ghastly growls).

Check out the song below, and for the hell of it I’m also including a stream of The Chills.

I sampled the music on Monte Penumbra’s debut album Heirloom of Sullen Fall in a March 2013 MISCELLANY post, and was delighted to stumble across a stream of the band’s contribution to this new split earlier today. The song’s name is “One Is the Alignment of Shrines”, and it was mixed and mastered by Kark from Dødsengel.

The music is so bleak and grim, so saturated in misery that its oppressiveness hangs like a tremendous pall. At the same time, it’s vibrantly alive, the huge riffs and rumbling drumbeats coming like sharp claws seizing the spine, the lycanthropic howls raising hairs on the neck. And as in the case of that Horrendous track, I do approve of the ghostly clean vocals, which come in when the song accelerates into blasting, grinding mode.

This is the kind of black metal that’s heavy as hell and loses none of its occult, indigo atmosphere despite the introduction of avant-garde elements. Fantastic song.

The split will be released in October by Oslo’s Duplicate Records. There’s a pre-order link below. 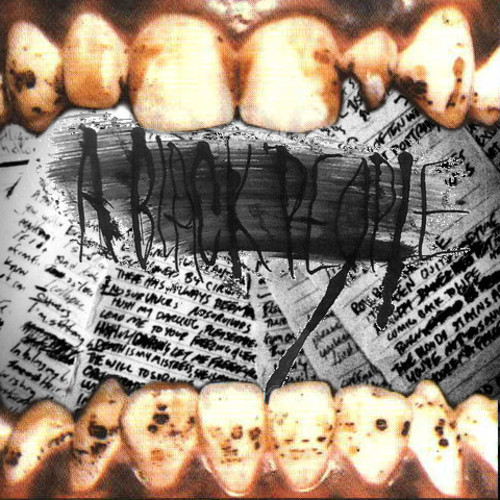 I have CVLT Nation to thank for my discovery of this next band. Their name is A Black People, and apart from the music I’ve heard, I know nothing else about them. Don’t know who’s in the band, don’t know where they’re located, nothing (and I’ve looked). But I sure do like the new song that CVLT Nation started streaming yesterday.

Its name is “Filth” and it will appear on a forthcoming full-length. The music is off our usual beaten paths, more post-punk than metal, with elements of death-rock and goth-rock in the mix. It’s ridiculously catchy (due in large part to the bass lin,e as well as the growling riffs and ringing guitar melody), but it’s also gloomy and ominous.

I also found a song available for fee download from the band’s last album Red Eyes here. Its name is “Death Head”, I really like it, too, and I’m including a stream of that one after the new track. Hope you like both songs.

P.S. After I finished writing this post, I found a Bandcamp page that includes all of Red Eyes, plus previous releases by A Black People, and I’ve included that link below.