Due to some issues getting my new laptop (it’s lovely and shiny and I’m writing this column on it right now), I ended up running a little late that morning and so, after picking up my two companions, got to the festival site a little later than planned. As a result I missed out on both The King Is Blind and Shining (Nor), but was there in time to see Old Corpse Road bring their eloquent mix of dark folklore and blackened intensity to the Sophie Stage. 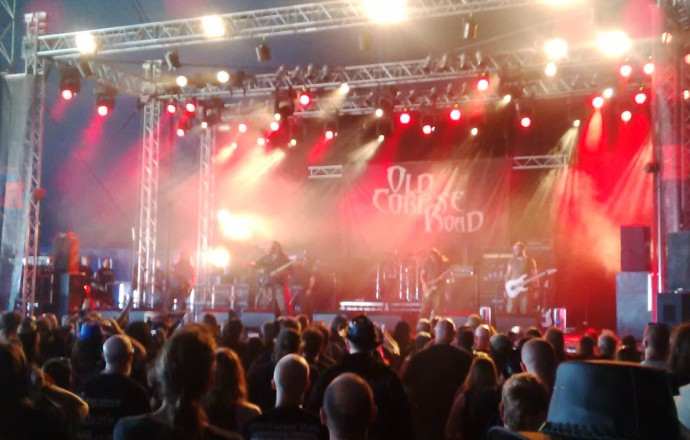 The band’s set was utterly scintillating, seamlessly melding blistering ferocity and archaic melody, highlighted by the vicious majesty of “The Cauld Lad of Hylton” and an utterly ravenous run-through of “The Sockburn Worm”. However, circumstances meant I had to leave a tad early, in order to be over at the main stage in time for the arrival of the unstoppable death-machine called Decapitated.

And oh, what a show they put on. 6 string warlock Vogg and his band of merry mayhem-makers delivered an absolute masterclass of technical violence and alien atmospherics, mixing and matching mutated Thrash Metal rhythms with pounding, cybernetic Death Metal chuggery, and warped, scorching fret-work. Vocalist Rafal Piotrowski has developed a commanding presence in the intervening years since he first joined the band, as well as a deeper, more guttural death-growl to accentuate his vicious bark. This was a fantastic performance, through and through. No one crushes quite like Decapitated. 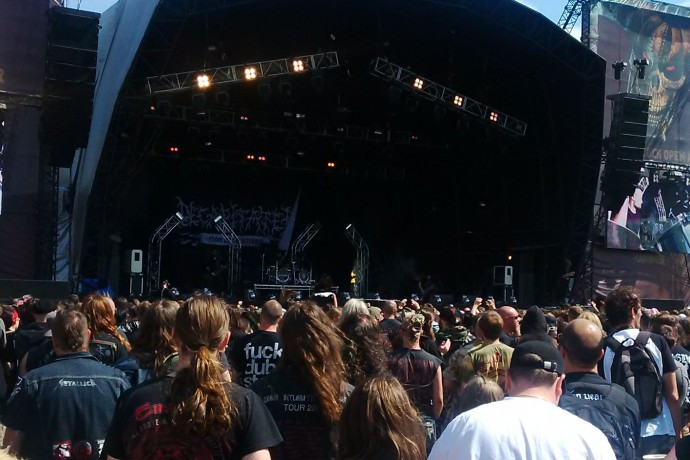 Following the Polish brutalisers and their three-dimensional death metal depravity, I made a slow journey back over to the Sophie Stage in order to catch Profane Omen and their… uniquely energetic… brand of groove-based metal bludgeoning. Absolutely sizzling with adrenaline right from the start, the band’s show was almost tiring to watch, with all the members (sans drummer) whizzing around the stage, leaping off drum risers, and straddling stage monitors with reckless abandon. Of course, being Finnish, the band have an instinctive, almost genetic, grasp of melody and hooks, and rightly received a thoroughly rousing response to each sizzling solo and sparkling chorus.

Wandering around the festival arena afterwards (and spending far more than I could afford on CDs… as per usual), I caught a little bit of Crowbar, who sounded as monolithic as usual to my ears, before ending up back at the Sophie Stage where I caught an unexpectedly mesmerising set by Obsidian Kingdom, whose unusual mix of doomy atmospherics, progressive melody and experimental song-structures (with more than a hint of blackened sizzle here and there) certainly piqued my interest. And I wasn’t alone in that, as the band played to a thoroughly engrossed crowd that filled a large proportion of the tent. Colour me suitably intrigued.

I didn’t have to go very far for my next Death Metal fix however. In fact, I didn’t have to move at all, because soon enough I found myself assaulted by the murderous madness of Blood Red Throne. I’ve got to say, these guys have been one of my favourite Death Metal bands for a long time now, and they never disappoint live. The band’s set featured songs drawn liberally from across their back-catalogue, hitting the stage hard with the venomous one-two punch of “Unleashing Hell” and “The Light, The Hate”.

Unforgivingly brutal and frenzied, technically tormented and yet eerily melodic, BRT’s set (which, the band announced, was being filmed for their first ever DVD) leant heavily on last year’s lacerating self-titled album, with both “Soulseller” and “Primitive Killing Machine” laying waste to the packed tent with merciless precision. Which is all the more impressive considering how much I know the band like to drink both before and during their set! 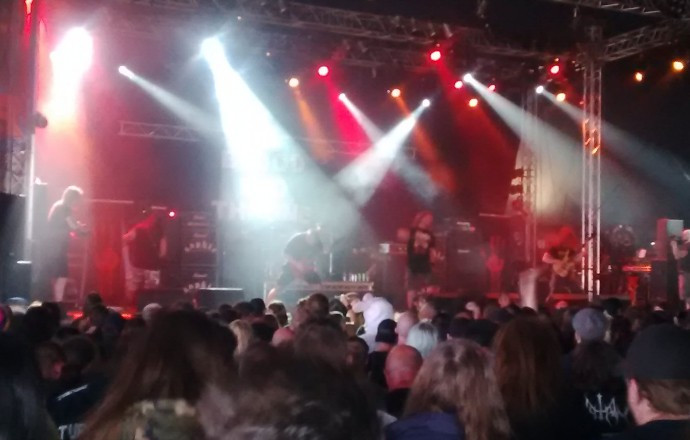 After that welcome dose of sonic sickness I took a small break to grab a hoodie from my car (which proved later on to have been a wise decision), arriving back in time to grab a good position from which to watch the inimitable Carcass strut their foul stuff over on the mainstage. It took a while for their sound to settle, but when it finally did you could tell the band were generally on top form – although new drummer Dan Wilding certainly looked a little awkward at times.

With a great mix of songs, jumping between the grindier stylings of Reek of Putrefaction and the more cutting-edge sound of last year’s Surgical Steel, stopping off at frequent points in between at the effortless eminence of Heartwork, it was a setlist designed to please all but the most curmudgeonly of fans… though the cantankerous banter of Jeff Walker certainly provided its own measure of crusty aggravation anyway! 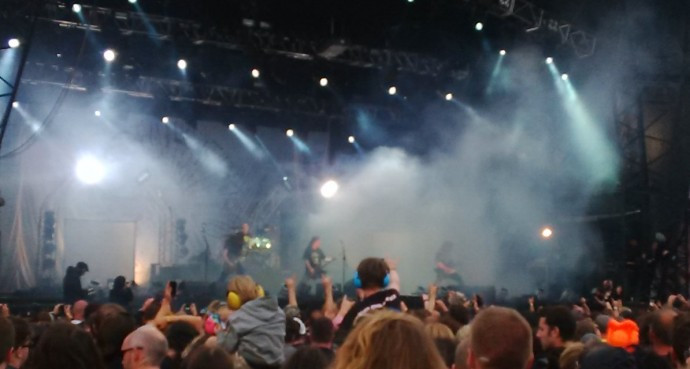 One source of Jeff’s ire might have been the fact that, at any other year, Carcass would almost certainly have been called on to headline. But not this year. This year was reserved for something very special, the return of the legendary Emperor, performing the fabled In The Nightside Eclipse in its entirety to commemorate the twentieth anniversary of its release.

Those of you who have been paying attention may be aware that Emperor are one of my favourite bands, and one of the bands I have most been hoping to see live since… well… forever. So this reunion (short-lived though it may be) was an absolute dream come true for me. And they did not disappoint.

With an urepentantly grandiose and practically flawless performance, Ihsahn, Samoth, and Faust – joined onstage by Einar (Leprous) on keys and Secthdamon (Myrkskog) on bass – looked and sounded like they hadn’t missed a day, unleashing blackened hell in waves of scalding tremolo and savage blast beats, weaving in a plethora of spellbinding riffs and epic twists with impeccable precision, showing the amassed crowd exactly why they’re considered among the pantheon of the immortals.

Though I have seen some people complaining about the mainstage sound, where I was standing – right in front of Samoth, about 15-20 people back – things sounded absolutely perfect, bringing the band’s unique brand of mythical blackened majesty to true, unholy life in a blaze of flame and shadow. Concluding with a reverent cover of the Bathory classic “A Fine Day To Die”, the black wizards came, saw, and conquered like true living legends, fulfilling the dreams of a huge host of their dedicated disciples in the process. A truly magical experience. 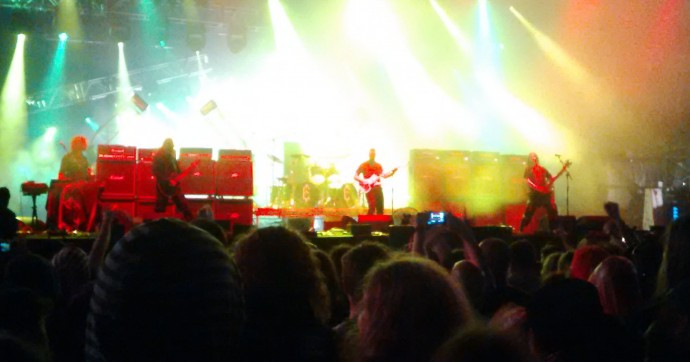