Black metal today comes in so many shapes and textures that’s it’s almost as diverse as “death metal”, its original thorned orthodoxy having blossomed into a garden of unearthly delights. In this post I’ve collected the diverse music of five black metal bands who I discovered last week. If there’s one thing they do have in common, it’s a skill in crafting melody (of all things).

Misþyrming (“Mis-thyr-ming”) are an Icelandic band whose name came my way in rapid succession from an e-mail by NCS supporter eiterorm and an Eistnaflug-themed article by Kim Kelly. According to Kim’s article, “The Reykjavik-based project started out as a one-man endeavor and expanded when founder D.G. added drummer H.R.H. (also of Carpe Noctem) on drums.” I’ve written admiringly about Carpe Noctem before, so that kind of made three reasons to go exploring.

Misþyrming’s debut album Söngvar elds og óreiðu will be released in a collaborative effort by Fallen Empire and Terratur Possessions, and two of the songs are on Bandcamp now. The music is incendiary — perhaps the most destructive music of the five bands in this post — but when they back down from the flame-spewing they cast mesmerizing riff spells. And they do a damned fine job of flame throwing (with eerie ambience), too. 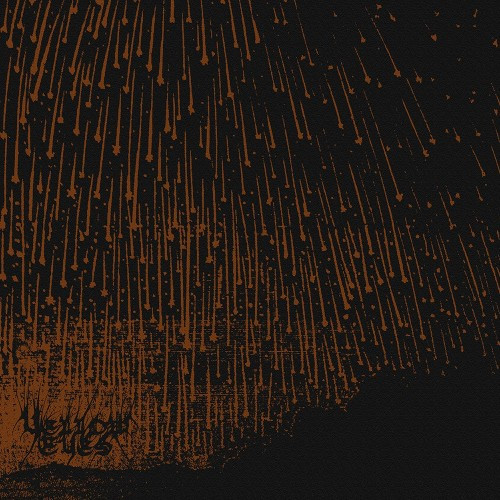 I read glowing reviews of this Brooklyn duo’s 2013 album Hammer of Night, but failed to check it out. And then Yellow Eyes released a two-song EP last January named The Desert Mourns, and I failed to check it out (though this time I overlooked the glowing reviews, too). Finally, a couple nights ago, after a friend posted one of the tracks from The Desert Mourns on Facebook, I listened — and was swept away.

The artwork for this release fits the music. It rockets to earth like a meteor shower or a shower of magma against the backdrop of a night sky, full of blazing power and destructive potential, but it also produces the same sense of wide-eyed wonder as those fireworks of Nature. It’s intricate, dynamic, gripping music — combining strands of post metal and black metal in a way that’s urgent and evocative, and distinctly American.

Get lost in these two long songs below.

http://yelloweyes.bandcamp.com
(I could find no social media page) 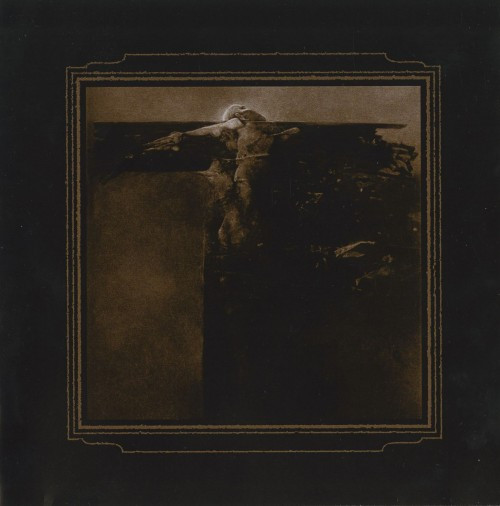 Labyrinthine is a one-man band from Philadelphia (J.L.), and I again have a Facebook friend (E.S.) to thank for the introduction. It didn’t hurt that the cover of Labyrinthine’s debut album Ancient Obscurity is a Zdzisław Beksiński painting. In this case, good taste in art selection goes hand in hand with good taste in music.

Listen to “The Ichorous Portal”, the first song that’s queued up for streaming on Labyrinthine’s Bandcamp page for this album. You will hear bestial intensity — blasting drums, waves of distorted riffing, authentically voracious howls — but through it all an urgent melody surges like blood in the veins.  When the music slows, a pall of doom comes down like lowering storm clouds.

Piercing melodic guitar leads are present in all the songs. So are those soul-scouring, hair-raising vocals. So is that oppressive atmosphere of calamity. You’ll also find thick, sludgy riffs; bleak guitar harmonies; melancholy bass lines; dirges and adrenaline-fueled assaults. In a word, Ancient Obscurity is excellent. It’s available on CD or as a “name your price download” here:

http://labyrinthineobscurity.bandcamp.com
(I could find no social media page) 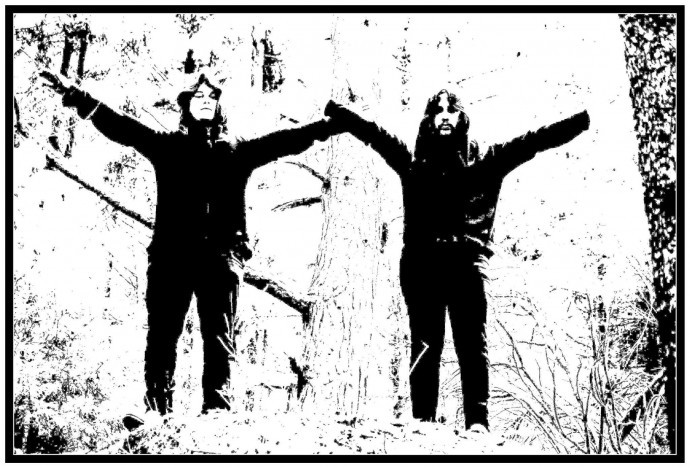 I consider myself a fairly worldly person with an odd tendency to remember minutiae, but the word “Bhleg” caught me flat-footed. It sounds like a an unfortunate sound I’ve made while crouched miserably over the porcelain throne on more than one occasion, but it turns out to have greater significance than that.

According to The Font of All Human Knowledge, bhleg is a Proto-Indo-European word meaning “to shine”, and another on-line etymological source defines it as “to burn, gleam, shine, flash”. Oddly, it seems to be a source word for both “white” and “black” — white as fire, and black as the scorched remnants of what fire has burned.

Bhleg is also the name of a Swedish band whose debut album Draumr Ást will be released by Nordvis Produktion this coming autumn. I came across an advance track from the album named “Solkronan” (crown of the sun) that made quite an impression. The song’s melancholy melody has staying power, and the interplay between guitar and bass is attention-grabbing throughout the song’s dynamic movement. Draumr Ást will be worth watching for. 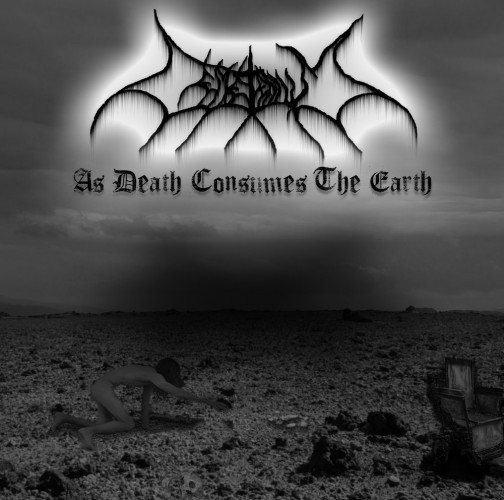 Cemeterium are based in Puerto Vallarta, Mexico, a beautiful place I visited many years ago (and to which I’ve stupidly never returned). They wrote us in June, and with my usual speed and agility I only listened to their music a few days ago.

They released a debut album in 2011 entitled The Fall, The End, and their second album emerged this past June under the title As Death Consumes the Earth. Cemeterium move between storming black metal assaults, hammering riffs of doom, and slower passages of funereal mourning and ghostly ambience, making effective use of sweeping keyboard overlays to heighten the music’s dismal, dramatic power. And the harsh vocals epitomize soul-wrenching agony and despair (the album also includes beautiful, clear female vocals, too).

All the songs are of impressive length, with three in the nine-to-eleven-minute range. The longest are creatively ambitious mini-symphonies, with differing movements that collectively achieve total immersion in oceans of loss. This is depressive atmospheric black metal, with roots in doom metal, that’s well-conceived and well-executed, achieving a fine balance between the bleakly beautiful and the blasted. Worth your time — if you’re ready to be pulled down into quicksands (and whirlpools) of misery.