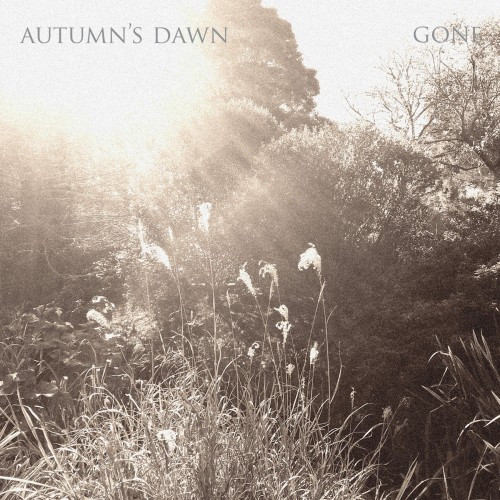 Autumn’s Dawn is a new two-man band from Australia whose debut album Gone is being released today by Eisenwald. And today we bring you the premiere of a full-album stream — though when you hear the album you may think a site with a name like ours is a peculiar place for a premiere of an album such as this. But read on…

Autumn’s Dawn may be a relatively new project, its only previous release being a self-titled EP, but its two members are not newcomers: Tim Yatras (who uses the name “Sorrow” in this project) has made a name for himself in such bands as Germ, Austere, Woods of Desolation, and Grey Waters, while Matthew Bell (“Anguish”) is a member of Rise of Avernus and Troldhaugen. Following our album stream, we’ll bring you an interview with Tim Yatras about the origins of Autumn’s Dawn and the new album.

With names like Sorrow and Anguish, an album entitled Gone, and song titles such as “The Ashes of A Life”, “Until My Heart Corrodes With Rust”, and “Blank Stare, Dead Eyes”, you might think you’re in for a thoroughly depressive listening experience. There is indeed a sorrowful air to much of the music, but it’s also full of life, highly memorable, and often strikingly beautiful — and it also includes scathing elements of black metal and songs that often rock very hard. 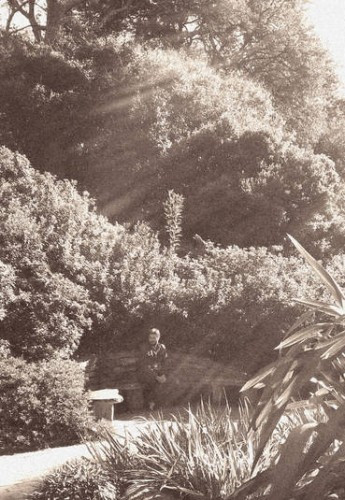 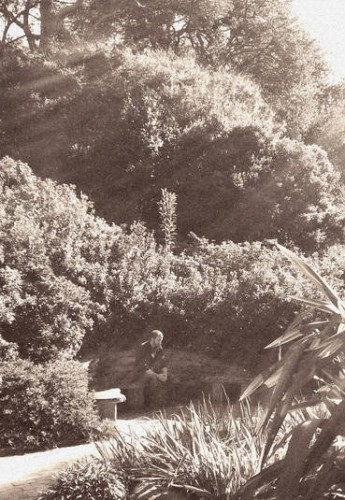 Much of the album’s beauty comes down to Sorrow’s emotionally charged voice, and therein lies the irony of the premiere at our site — because most of the vocals on Gone are “clean”. But man, are they good (we do make Exceptions to the Rule for voices this compelling) — and they’re not entirely clean: At carefully chosen moments, they turn into scarring howls and wrenching shrieks, like the sound of a rasp working on sheet metal or a man being burned alive. (If you want a quick snapshot of this transformation, check out the first minute of the title track.)

The strength of the music is also rooted in its distinctive melodies. Both of the band’s members brought their own musical influences and ideas to the songwriting, without pre-conceived blueprints of what the album would sound like before they began. And so those influences manifest themselves in songs that channel everything from post-punk in the vein of The Cure and Joy Division to dark gothic metal a la latter-day Sentenced to alt-rock and slow, depressive black metal. No two tracks are quite the same in their style; each one has its own character.

The songs are anchored by thumping rock beats (and the occasional double-bass roll and blast-beat explosion), with riffing that’s both grindingly heavy and shimmering, guitar leads that will get the adrenaline flowing, multifaceted keyboard enhancements, and beautifully crafted solos. But what ultimately makes this album a stand-out is the songwriting — this is music that you will remember, in both good times and bad.

Gone is available from Eisenwald via the links below.  Earlier this year Eisenwald also released a 12″ gatefold vinyl edition of the debut self-titled EP by Autumn’s Dawn. Listen to Gone in its entirety below, and then check out our e-mail interview with Tim Yantras.

Thank you for making time to answer a few questions. You have been involved in many bands over time, including Germ, Austere, and Woods of Desolation. What was your concept or vision in forming Autumn’s Dawn with Anguish?

Tim: It’s my pleasure. Autumn’s Dawn kinda came about as an accident to be honest! Last year I was getting together session musicians to play live with my main project Germ, and Anguish was the man on guitar. Prior to that we’d never actually met before, however we had many mutual friends. Anyway, Anguish and I “clicked” musically almost immediately, and also became friends outside of music. As it turned out, we both had a bunch of material written which didn’t fit either of our main bands (his being Troldhaugen and Rise of Avernus), and so once we sent these ideas to each other, it was decided to do a new project together. Within 48 hours we had the self-titled EP pretty much finished, so it all came pretty naturally.

Were all the songs on Gone written especially for Autumn’s Dawn and this album, or did some of them germinate while you and/or Anguish were involved in other projects?

How did you and Anguish divide the songwriting and the vocal and instrumental responsibilities in the recording of Gone?

Tim: Songwriting wise it was a real collaboration. Anguish is just an animal when it comes to writing great guitar parts! Everything came together really easily, and I think both of our musical voices can be heard all throughout the album. As far as instruments go, in the studio I played drums and keyboards, while Anguish took care of the guitars, bass and most of the other keyboards. I was in charge of the lyrics and vocals, however, Anguish came into the studio and added his own ideas and input to what sounded best.

People will have a chance to hear Gone for themselves through our streaming premiere of the album, but would you be willing to describe the style of the music and what you were trying to achieve with it?

It may be just me, but there are songs on the album that remind me in their style of darker post-punk bands from the 80s as well as later alternative rock bands. Were there particular bands whose music you would say influenced you in the creation of “Gone”?

Tim: We both have a super-wide range of influences and inspirations, it’s no surprise that you get some of that vibe from the album! Speaking just for myself, some influences of mine in regards to the album would be Sentenced, Devil Doll, Joy Division, and The Cure. I dare say Anguish would have approached the album with a completely different set of inspirations too…

Although the music on Gone is quite beautiful, you also chose to integrate the more harsh and abrasive elements of black metal here and there, though playing more of a supporting than a lead role. What explains that decision?

Tim: As I mentioned earlier, there was no real thought process behind it, just what came naturally to us when writing the songs. When we were getting the album together, we didn’t want to exclude any idea because it was maybe more, or less, BM than anything else. We just wrote what we wrote and the album became what it is. If there is more, or less, BM elements in any particular song, it’s just because that’s what felt “right” to us when composing it.

The term “post black metal” covers a lot of ground. Do you think that label has meaning, and if so, do you think it’s a fair characterization of the music on “Gone”?

Tim: Ahhh! The “post black metal” tag! Honestly, I think this gets just thrown around all over the place in the last few years. You have to ask yourself, what does it even mean?! One could argue, Gone is absolutely “post black metal”, considering this is the album that came as a natural progression from the decidedly Black Metal EP. But on the other hand, “Post-BM” seems to have taken on a life of its own… I can’t put a label on it, to me, it’s just a depressive rock album with some BM elements…

What does the future hold for Autumn’s Dawn?

Tim: At this point I don’t know really! Anguish and myself have gone back to working with our main projects for now, but we will absolutely get together again to work on more AD when the time feels right. Maybe we’ll even perform some live shows with AD, who knows?!

Thank you for your time. If there’s anything more you’d like to tell our readers in closing, please do.

Tim: Cheers for the interview!