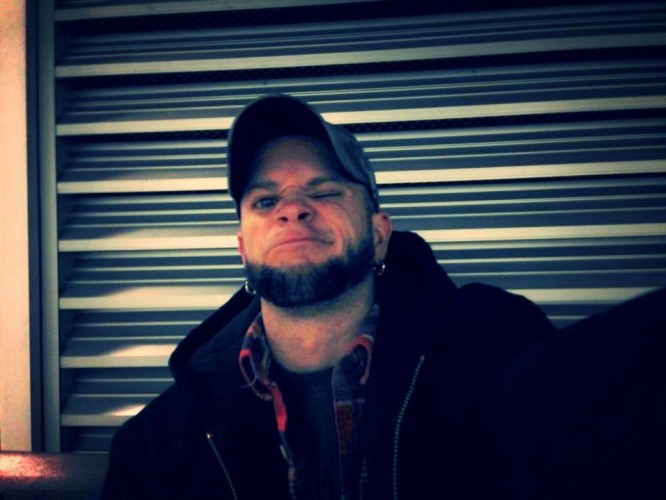 (Andy Synn wrote this piece. Your comments are welcome, as always.)

Isn’t it funny how when bands sell-out, they also seem to feel the need to denigrate and insult their former fans at the same time? It’s a woefully common phenomenon – a band changes its sound in order to target mainstream success, and then goes to great lengths in interviews to talk about how they’ve “gone beyond” metal, or “grown out of it”, simultaneously insulting the genre wholesale whilst confirming all the worst clichés about it being “childish” or “immature”.

The latest offender to play this game of PR politicking is All That Remains frontman Phil Labonte, who posted the following recently, after announcing that all the tracking for their new album had been completed:

So in the past six months bleeding through called it quits, god forbid called it quits, and just today shadows fall has announced that for all intents and purposes they’re calling it quits. I’m so glad ATR have transcended “metal” and have become “musicians.”

And it inspired me to address the topic, and maybe call Phil out on his bullshit a little.

Let me start by laying my cards on the table a bit. I was at one time a big fan of All That Remains, and I still remain a fan of a lot of their early material. I’m also (as I hope most of you have realized by now) a big fan of clean vocals in metal, whether they’re used exclusively or intermingled with harsh vocals.

But Phil’s use of the word “transcended” (not to mention the sneering way he insults other metal artists by suggesting that All That Remains becoming less metal is somehow indicative of them being better “musicians”) is incredibly loaded with suggestive content and unspoken condescension.

Let’s face it, claiming that the band have “transcended” metal is a desperate attempt to repackage their steady slide towards mainstream mediocrity as an example of artistic growth and development. It’s an ego-defence mechanism designed to both preemptively silence their detractors and present the poppy stylings of their material as somehow “progressive”.

It’s interesting to note that many of the bands who attempt to negate their critics (or “haters” as I believe they like to call them) in this manner often fall back on citing their record sales as proof of their superiority… but then when you point out that, say, Miley Cyrus has sold ten times as many albums, they grow curiously silent… it’s an odd state of denial and delusion that I like to call “The Disturbed Defence”. 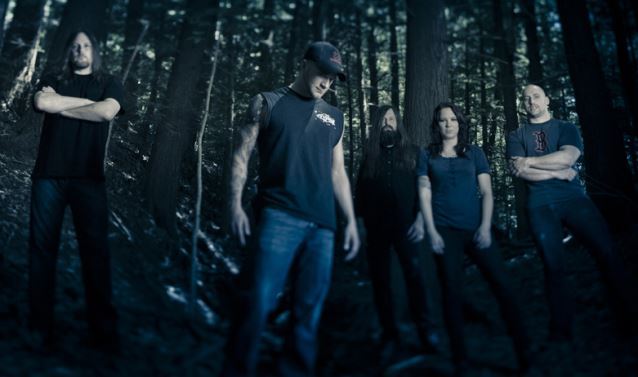 It’s probably no coincidence that the band’s aggressive targeting of the mainstream market coincided roughly with Phil’s failed attempt to join Killswitch Engage. I definitely wonder how the rest of the band, who at one point at least were definitely “metal musicians”, feel about Labonte’s concerted focus on simplifying and dumbing down their sound for mass appeal. I mean it’s not like the band were ever Obituary or anything, but at one point they certainly had energy and integrity to spare.

Unfortunately, bit by bit, all the hard edges have been smoothed and softened, making things more formulaic and easier to swallow, while the (incredibly autotuned) vocals and melodies have steadily become poppier and more predictable, coupled with the sort of generic “stand up and fight / I’m so sorry / I miss you so much” lyrics that are about one backing dancer away from being a Beyonce tune. It’s all very empowering and positive and uplifting… and utterly derivative.

A word like “transcended” suggests that the band have gone above and beyond something… it suggests that the very idea of being “metal” is in some way a limitation… and while this can be true for many bands (usually not very good ones), addressing it in this way is essentially the same thing as admitting that you simply weren’t capable of being better at it.

Honestly, there are so many bands out there pushing the limits of what metal can do and what it can be, expanding the definition and boundaries of the genre with creativity and talent, that claiming to have been restricted by the genre comes across as incredibly disingenuous, and rarely reflects positively on the bands making the claim. 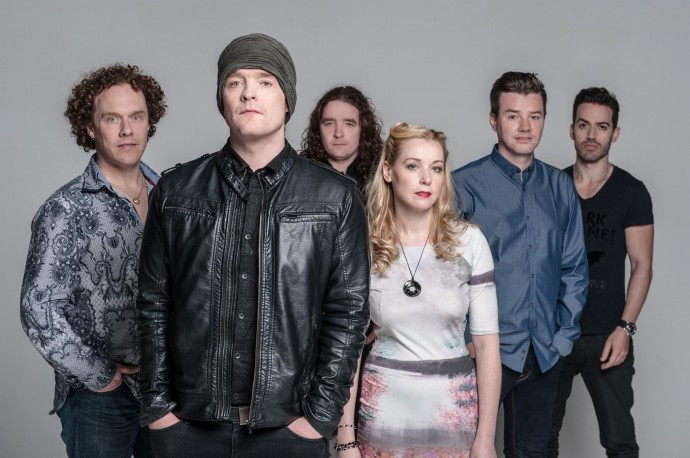 If you don’t want to be a metal band any more, that’s perfectly fine. I can’t think of a better example than Anathema when it comes to a band who grew away from being metal, without ever claiming to have “grown out” of it, or in any other way denigrating or insulting where they came from. But changing because you’re not all that good at it, and then having the gall to claim that you’re “better” than all those bands continuing to do great things with the genre, is pretty deplorable.

Now I don’t know whether Labonte really is deluded enough to think that the band’s drift towards an easily digestible, radio-friendly, sound is the same thing as artistic progress, or if he’s merely engaged in a fundamentally cynical PR campaign (which seems most likely), but his comments reminded me strongly of another quote from several years ago, from Oli Sykes of teen-angst tycoons Bring Me The Horizon, claiming that the band “were never just a metal band”.

Now again, that’s just dripping with condescension and disdain, and still makes me want to correct it to “we were never [very good at being] a metal band”, but in his case it’s far more reflective of the generation he comes from, a generation of bands and musicians to whom mass-appeal is the real indicator of success, where being “good enough” at a little bit of everything, is considered more desirable than being “great” or creative in a more focused way.

Again though, as far as musical politics go, this is a great way of attempting to portray the band as a multi-faceted creative entity, but really their success can largely be attributed to a carefully calculated formula mixing together ideas and elements already popularized by others, along with an occasional breakdown to maintain their (questionable) “credibility”.

Heck, the album that broke the band into the mainstream consciousness did so on the back of ideas and styles cribbed from Lostprophets, Biffy Clyro, and Muse – basically a who’s who of the most recent Kerrang magazine cover stars – mixed carefully together with certain easily-accessible elements of the band’s generic Deathcore past, in a remarkably clever manner. Although one that seemed to owe more to market research than to any real creative desire.

To be fair to them, balancing these elements in a way that attracts the attention of large swathes of the music-buying public, without overly offending anyone in the process, is itself a complex task… but it doesn’t exactly reflect the “creativity” the band seem so desperate to claim. Many bands who are “just a metal band” manage to be creative and complex without actively suckling on the mainstream teat. And looking down on them doesn’t make you look any better.

You can see a similar sense of delusion in a lot of the current djent scene, with so many attempting to deny the obvious comparisons with nu-metal even whilst the genre continues to popularize artists based primarily on their ability to cover recent pop hits with extra downtuned guitar… or incorporate RnB-style crooning or rap influences into their malaise… now where have I seen/heard that before I wonder?

There’s even an insidious trend where bands take wholesale influences from pop and claim that it makes them “progressive”. And though it’s often done very well, it’s this tactical dissembling that really grinds my gears. Pop influences in Rock and Metal really are nothing new at all, and you’re deluding yourself if you think so, and there’s nothing “progressive” or original about using them.

Let me elucidate it thusly – if the strongest and most common “pop” melodies and structures are at the centre of the musical landscape (which I think, ignoring commercial issues entirely, you could very well argue that they are), then the various more “alternative” genres, from Rock to Metal to Jazz… even Classical and Blues… are based on the idea of expanding out from this centre. Going further and doing something different. It doesn’t necessarily make them better in any way at all, but it does allow them to explore new areas and arenas of music. Bringing in generic “pop” melodies essentially pulls them backwards, rather than progressing them forwards.

And again, that’s ok. There’s some great, poppy music out there (I’m particularly partial to My Kung-Fu Is Good by Rich Ward of Stuck Mojo fame, as it explores a wealth of summery rock, gospel and pop influences quite different from his usual fare), but please… don’t try and pretend that you’re doing anything new or “progressive” by using blatant pop melodies in your music. You’re not the first one to have that idea, and you won’t be the last.

And as to your superior assertion that incorporating mainstream influences somehow makes you more open-minded and creative… well… isn’t that just the same as being part of the mainstream audience?

Here’s a little All That Remains song to remind you of when they felt like being “creative” and being “metal” weren’t mutually exclusive. Or at least weren’t deluded enough to claim that!

30 Responses to “THE SELL-OUT DELUSION”