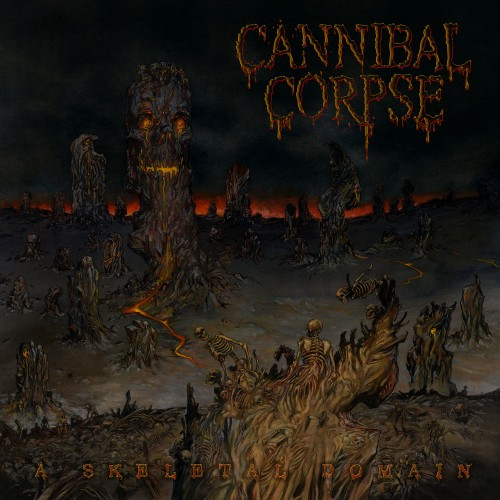 Cannibal Corpse at this point really are in their musical stride. Even beyond the massive leap in musical proficiency the band made when Corpsegrinder replaced Barnes on vocals, the way they’ve been firing on all cylinders since The Wretched Spawn is really unmatched in the careers of many other long-standing extreme metal bands. In other cases, the quality might still be great, but it hasn’t consistently improved as it has in the discography of Cannibal Corpse. A Skeletal Domain follows Torture, which is a pretty difficult album to surmount, considering it was easily the most savage album they’d ever recorded. A Skeletal Domain is indeed better than its predecessor, though whether you agree may depend on whether you like the approach they’ve taken on this new one.

A Skeletal Domain is a very tactical technical death metal record. Everything about it feels calculated, refined, ground into a fine powder that shimmers like diamonds and will cut flesh at the touch. It’s a very riffy album in the spirit of the Jack Owen/Chris Barnes era, but with Pat O’Brien’s sense of guitar acrobatics. The mix is much cleaner, which really accents this more refined approach as well. I previously would’ve called Evisceration Plague their song-writing record. THIS is their song-writing record in definitive terms. Everything stays true to the Corpsegrinder-era Corpse spirit, but it is at the same time everything Torture was not. I praised Torture for its rather primal assault on the senses, and while A Skeletal Domain is definitely the equivalent of being beaten to death and mauled by a mandrill, it’s much more technical, the song structures much more progressive and more unconventional. 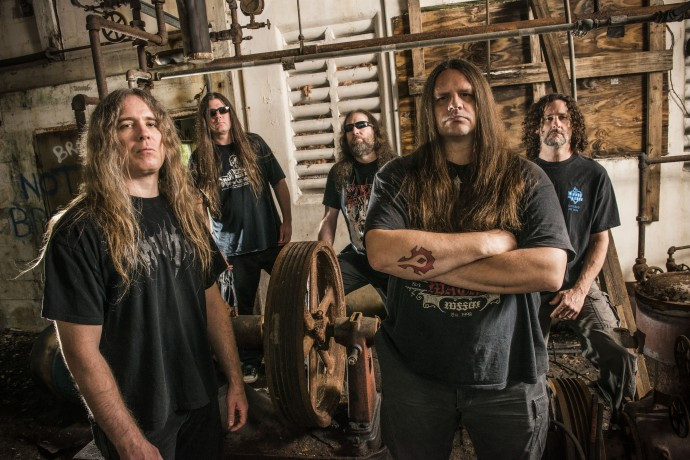 The riffs really stick out to me in a way they haven’t before on a Corpse record. Every devoted fan of extreme metal knows that Pat O’Brien knows how to write riffs, but this particular album feels like every single riff was meticulously crafted. I’d be very surprised if this were a record written in a jam session; it’s far too concise and free of any fat. Every single song on this album has a riff, a section, a trademark by which you can remember it.

“High Velocity Impact Spatter” includes the break away from its consistent pace to the spidery triplet run at the end of its verse riff that has a feeling of coming apart; “Kill Or Become” includes one of my now-favorite Cannibal Corpse verse riffs and one of the catchiest choruses they’ve written both musically AND lyrically; “Sadistic Embodiment” is a standout song in its entirety; and “Skeletal Domain” has the grimmest, meatiest main motif I’ve ever heard from the band in their slower-paced mode.

Everyone in the band really sounds at the top of his game here. Not only that, but I do believe this is the best album mix the band has had EVER. After three albums with Erik Rutan, producer Mark Lewis has created one of the heaviest, yet most clarity-focused mixes for Cannibal Corpse yet created, and I’d like to see them continue to use him in the future. He captures their spirit really well. The main thing about the mix that stands out is just how perfectly audible the guitars and bass are as they interact with each other, both when they sit together as the band locks into a groove and when they separate as they move into the more technical territory.

I’d call this a must buy. It’s Cannibal Corpse Album/10.