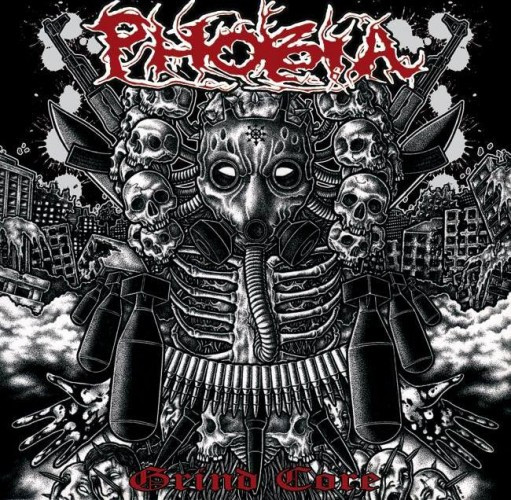 (In this post Leperkahn reviews the new EP by Orange County’s Phobia.)

Phobia may have just won the prize for the most hilariously literal release title in existence.

They are releasing a new 7” via Deep Six Records. It’s called Grind Core. If you’ve heard of Phobia before, that’s truly all you need to know to understand this thing slays.

In the hands of most bands, naming your release after the well-established sub genre in which you traffic might be seen as a bit ill-advised. We all might release a collective groan if Morbid Angel named their next album Death Metal, especially after the out-of-touch fiasco that was Ilud Divinum Insanus. A hypothetical new Mayhem album entitled Black Metal would probably warrant a plagiarism lawsuit. But in the hands of Phobia, such a title really does tell you all you need to know before even setting down the needle. It assures you that Phobia haven’t pulled a highly-unlikely genre-180 to explore complextro — and that the band are still churning out grind as potent as ever and aren’t bashful about saying so. 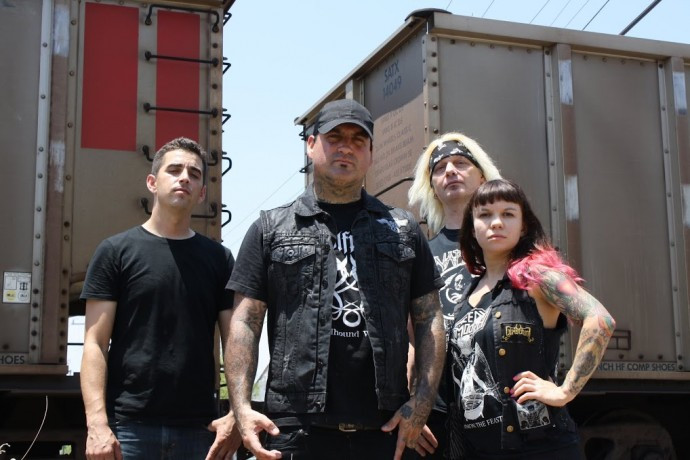 I really can’t elaborate much further on this bit of brutality without repeating myself ad nauseum. Grind Core consists of 8 tracks of grindcore – clocking in at just a shade over nine minutes – that sounds like Phobia, Wormrot, and grindier Exhumed. For those (like me) who haven’t picked up a pint-sized piece of grind in a while, this is totally welcome. It lets me spend nine minutes turning my house, or the streets of suburbia along which I walk my dog, into a pit, rather than doing something else more mundane and unimportant, like packing for my impending move to Chicago, or attempting to sleep on a red-eye flight. I’m gonna mark that down as a victory for Team Phobia.

Listen to Grind Core at Invisible Oranges, where it’s exclusively streaming right now (here). The 7″ will be released on September 9. On October 28, Willow Tip will release a CD version of Grind Core that includes these 8 new tracks plus reissues of the Means Of Existence full-length from 1998 and the Destroying The Masses EP from ’99; it can be pre-ordered now (see the links below).

One Response to “SHORT BUT SWEET: PHOBIA — “GRIND CORE””