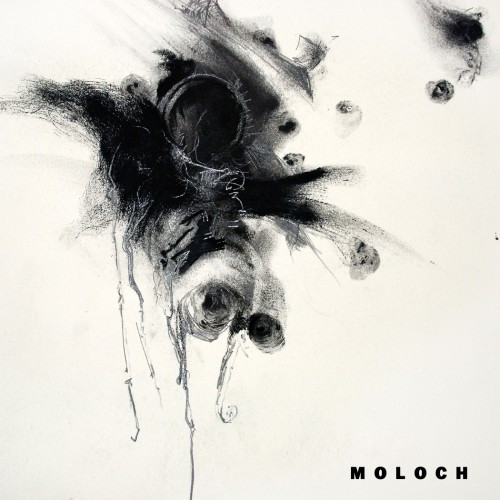 In this globe-trotting post I’m reviewing a recent split release by Moloch from Nottingham, England, and Haggatha from Vancouver, Canada, as well as a January 2014 EP by Slug Salt Lava from Istanbul, Turkey. When you hear the songs, you’ll probably understand why I grouped them together under the heading “Sculpted In Tar”.

The Moloch / Haggatha 7″split was released earlier this year by an unholy triumvirate of Dry Cough Records (UK), Graanrepubliek Records (Netherlands), and Choking Hazard Records (Canada). If you order from Dry Cough’s Bandcamp page (here), you’ll also get an immediate digital download of the split.

Moloch’s track is named “Head of Coil”, and it follows the band’s 2013 splits with Meth Drinker and Ensorcelor. The word “crushing” gets thrown around with abandon, like spit in a mosh pit, but “Head of Coil” is crushing. The fuzz-bombed riffs and powerhouse drum beats hit like a slow-motion bridge collapse, and the people trapped in those cars as they descend into the yawning chasm below — they’re screaming; you hear them in the furious vocals and the squalling feedback. To repeat: crushing. 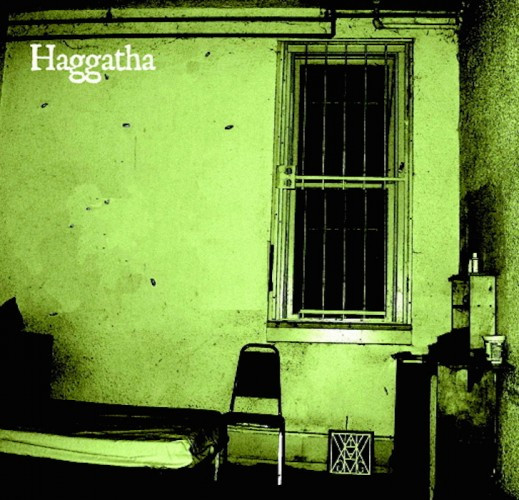 Haggatha’s last release was a 2012 LP entitled IV. Their side of the split is a song named “Time and Suffering”. It’s life (or the end of life) in the low and slow lane — a bleak, crawling mass of stupefyingly weighty doom riffs and a tandem of hollow, gargantuan roars and bleeding shrieks. It hammers like an exhausted old-school undertaker driving coffin nails with a mallet almost too heavy to hold, but its dismal melody is so infectious that it will entwine with your neurons in a bond that’s hard to break. Excellent. 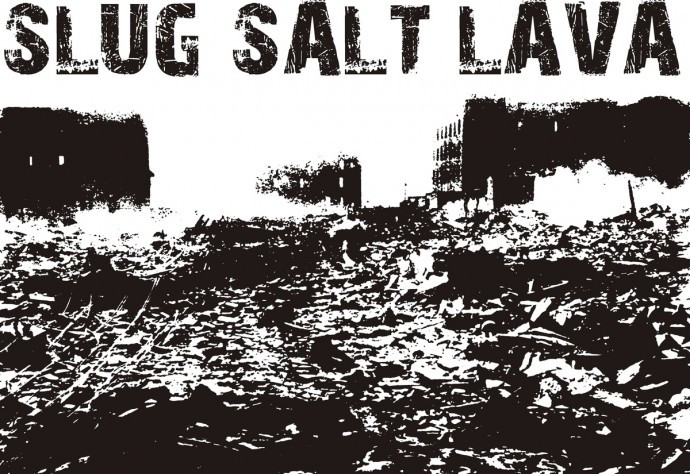 Istanbul’s Slug Salt Lava released a single last year named “Fallout” and then followed it with this year’s First – Promo. At first, I thought the band’s name was just a jumble of words, a kind of nonsense phrase — although one that somehow made perfect sense when I heard the music. And then later I remembered what happens when you put salt on a slug, and the name made even more sense.

First-Promo consists of four songs, ranging from about two minutes to more than seven. The music is entirely instrumental, and entirely engrossing. It has a beefy, distortion-shrouded low end that’s pleasingly gut-rumbling, and the methodical drumwork rumbles the gut, too. But where the music really shines is in the guitar melodies. The riffs are just as thick and tarry as the sound of the rhythm section, and they carve molten pathways through the mind like magma flows down the side of craggy peaks. On “Cult” the band make a determined effort to stave in your cranium, too.

This is a captivating offering of sludge/doom capable of carrying you away from your cares, where your head’s main concern will be bobbing along in time to the beats and thinking about whether you’ve got time to go back and play it all again after it finishes. You won’t miss the vocals either.