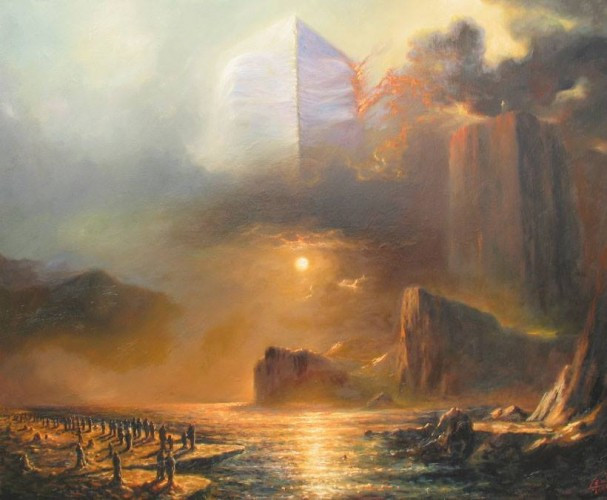 (Our old friend and stalwart NCS supporter Vonlughlio is passionate about metal, he happens to like physical copies of the metal he favors, and he lives in The Dominican Republic — which means he mostly has to order what he wants, and that isn’t always easy. In this guest post he singles out the labels that mean the most to him. We encourage you to do the same in the Comments.)

I decided to write about my favorite labels in metal after a discussion with a friend in which he stated the following: “I don’t buy from the labels because they don’t give the money to the artist or treat them with respect”. Sure, there is some truth to that in the case of certain labels, but there are labels out there who represent the opposite of this statement. Plus my friend could usually still buy direct from the band if needed, but that is another discussion for another time.

So to counteract this negativity about labels, I’m going to list my favorite ones. The list doesn’t include the largest labels, since they tend to specialize in different genres from my favorites. This is also my way of rendering tribute to those I’m listing for their hard work.

I’ve been following them since the end of 2012. They concentrate on releasing Brutal Death Metal, with the clear vision of the owner Mr. Obsorn of what that genre should be. Some of their 2013 releases, including Laceration, Seminal Embalmment, Abhorration, and Asphyxiate made it to my year-end list.

This year has been huge for them, with amazing releases from Abhorrent Castigation, Cerebral Effusion, Gorgasm, Euphegenia, and Disentomb (due out October 13). I would add that I have ordered many times from them and never had any problems with my orders. They also treat their artists and the fans with a lot of respect.

Kaotoxin is run by the one and only Daddy Nico (yeah I call him that). I found out about this label in late 2012 as well. The first band that I listened to from their roster was Ad Patres, and holy shit!!!! I instantly liked them. That led me to check out the rest of the bands on the label’s Bandcamp page. There I discovered one of my favorite doom metal bands, Eye of Solitude; their last album Canto III made the number 3 spot on my 2013 year-end list.

But one of the things I like about Kaotoxin is the diversity of genres represented by the bands on their rooster — it ranges from Death, to Black/Death, to Grind, and even deathcore. Another reason to like Kaotoxin is the way in which Daddy Nico dedicates himself to promoting the bands.

So far, 2014 has been a great year for them, with the release of albums by We all Die (laughing), Deep in Hate, Drawers, Colosus, and the long-awaited album from Sidious.

I discovered this one, run by Mr. Shaw, last year by browsing Bandcamp and discovering Ade (Death Metal from Italy), whose 2013 album also made it to my list. This is another label that has a lot of diversity in its roster, including Death, Black/Death, and Grind. The dedication Mr. Shaw devotes to the releases and the attention he gives fans is for me one of the highlights of Blast Head, and I have never had any issues with my orders. 2014 has also been also a great year for them, with releases of sophomore albums by Human Infection and Hate Division, as well as albums by Valdrin and Doperunner.

I’ve been following Dark Descent for quite a while, and to be honest, what can I say about them that hasn’t been said by others already? Well, I must say that the owner Matt is doing a great job in running this label, having selected really killer bands such as Krypts, Lantern, Desolate Shrine, Maveth, Imprecation, Binah, and many more.

As in the case of the other labels featured here, 2014 has been really huge for this one, too, with releases from Lvcifire, Corpsessed, Gravehill, Emptiness, Thantifaxath, and upcoming releases from Horrendus and Swallowed. One aspect I of the business I especially appreciate is the packaging for the orders — I have never received any CD with a crack in it, and that is a plus.

I’ve also been following this label (run by Mr. Green) for a while, and I must again say that I have never had any issues with the orders and they have arrived rather quickly. This is home to two of my favorite Italian bands, Antropofagus and Devangelic. The label also sponsors a tour in the United States with some of the bands in its rooster, and from what I’ve seen and heard, the man sure does know how to treat the bands with respect.

2014 has been another great year for Comatose, releasing Devangelic’s debut album Resurrection Denied” (one of the year’s best BDM albums) as well as great albums by Aborted Fetus and Down from the Wound.

As I wrote at the outset, the motivation for this post was to recognize some of the many metal labels who I know treat their artists and their fans with respect and who provide great service to customers. In the case two of the labels, I had just one issue with one order and they resolved it with due diligence, which is something you don’t see every day.

Yes, there are other labels with great rosters from whom I have ordered and never had a problem — I’ll mention Nuclear War Now and Hells Headbangers — but the ones listed above are my top choices.