Here are a few random metal items I spotted yesterday and this morning that I thought were worth sharing.

It’s been a fine year for Greek black metal, and it’s about to get finer with the release of Untrodden Corridors of Hades by Varathron.

Varathron have been a force in the Greek underground scene (and in black metal generally) since the late 80s, but their last album came out in 2009 (Stygian Forces of Scorn), and that was at a point when yours truly hadn’t waded deep enough into black metal waters to become aware of them. I do know of them now, and based on what I’ve heard, this is an album that goes on the “highly anticipated” list.

Also, the album’s cover art is a very fine piece of work by the almighty Mark Riddick — and unlike his usual pen-and-ink work, this one is an acrylic painting. This isn’t the first piece of art Riddick has created for Varathron — but the last one was in 1994!

The new album will be released by Agonia Records on November 21 in Europe and December 9 everywhere else. Pre-orders are available here in a bunch of different formats. And this is a teaser of the music: 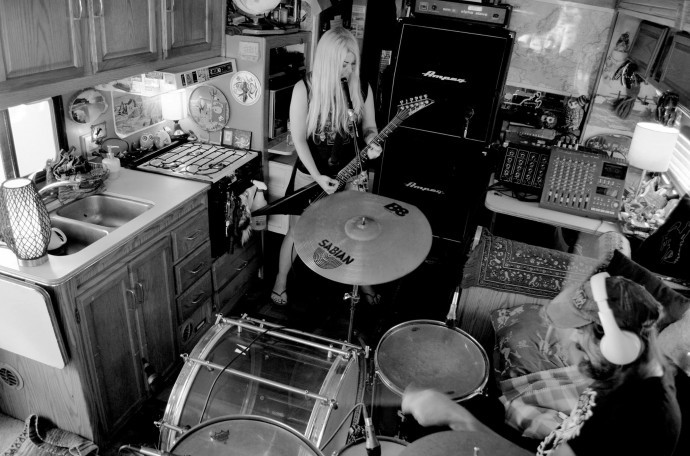 The nomadic sludge metal duo known as Jucifer tour non-stop. They’ve been doing that for many years. Because of their choice of lifestyle, they don’t have a permanent home or a regular practice space. So for their new album, they decided to rehearse and record it in the RV they use when they’re touring in North America.

In recent days, they’ve put up three short video clips of practice sessions in the RV. The sound comes off the video camera, so it’s not of the quality we’ll be hearing on the recorded tracks, but it’s still a kick in the ass to watch this. Edgar Livengood is sitting on the couch playing the drums, and the whole vehicle starts rocking when they light it up. I’m really looking forward to this album. 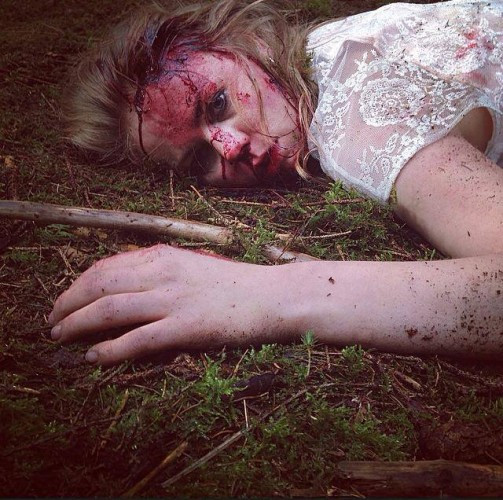 This morning Denmark’s HateSphere released an official music video for the song “Pandora’s Hell” from their 2013 album Murderlust. Especially after all the turmoil provoked yesterday by that disgusting video of the Baltimore Raven’s Ray Rice punching the shit out of his girlfriend in an elevator, I was thinking it wasn’t exactly the best time to feature a bunch of drunk rednecks chasing a girl through a forest and killing her. But then, things take an unexpected turn… 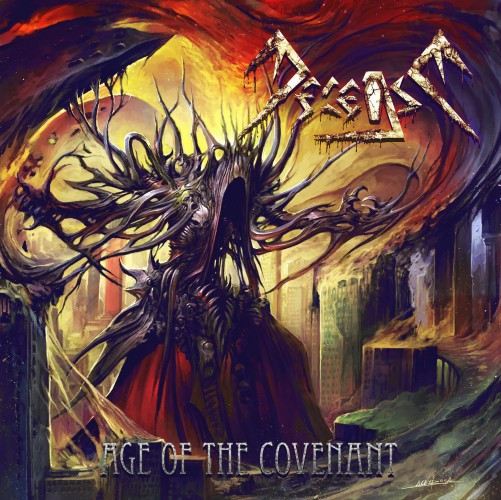 The last time we wrote about Romania’s Decease it was in the context of TheMadIsraeli’s 2013 review of their debut album Exhort To Obliterate. Now, the dudes have a new album named Age of the Covenant that’s projected for release in November. Today they unveiled a lyric video for one of the new songs, “The Covenant”, which makes use of the album’s cool cover art by Alex Boca.

The song sure as hell shot a high-voltage jolt through my spine, which managed to achieve what two cups of coffee could not this morning.  The song swarms live a giant insect hive, chugs like a full-throttle freight train, and even… swings. It’s savage and groovy and catchy and a nice tease for the new album.