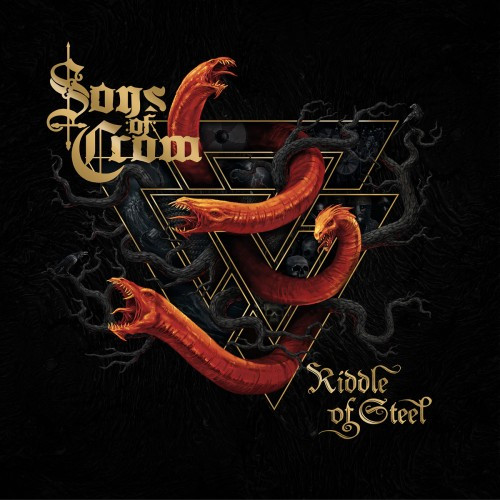 There’s nothing wrong with albums that provide a steady diet of essentially the same kind of music from start to finish, as long as the music suits your tastes and is well-written and well-executed. Yet when an album takes the listener on a journey through dramatically changing musical landscapes, it has the potential to stand out in a way that more monochromatic albums can’t. Such ventures are always risky — doing more than one thing well is a talent that’s in short supply, and even when the skills are available, the results can often display a jarring lack of cohesiveness. In short, great ambitions and complete success don’t always go hand in hand, when a band’s reach exceeds its grasp.

The Swedish duo Sons of Crom obviously set their sights high when they created their debut album Riddle of Steel. They crafted the music around a narrative concept, following the torturous path of a lone warrior through a journey that is both physical and psychological — exposing him to savagery and bloodbath in the physical world while leading him ultimately to reflections about the true nature of his greatest enemy — which may be himself. But the band didn’t limit this concept to the lyrical narrative of the songs — they also attempted to tell the story in the music. And to do that, they threw genre constraints to the wind.

You know you’re in for a head-trip when you see tags on the album’s Bandcamp page that include such names as Bathory, Arcturus, Enslaved, and Falkenbach, and when you see descriptions of the music that include such phrases as “epic heavy metal”, “thrashing brutality”, “classical moods”, “folky interludes”, and “soaring melodies”. But it turns out that none of this is overstated or inaccurate. You don’t have to take our word for it, because after the jump you can hear the album for yourself in all its epic, multi-textured extravagance. 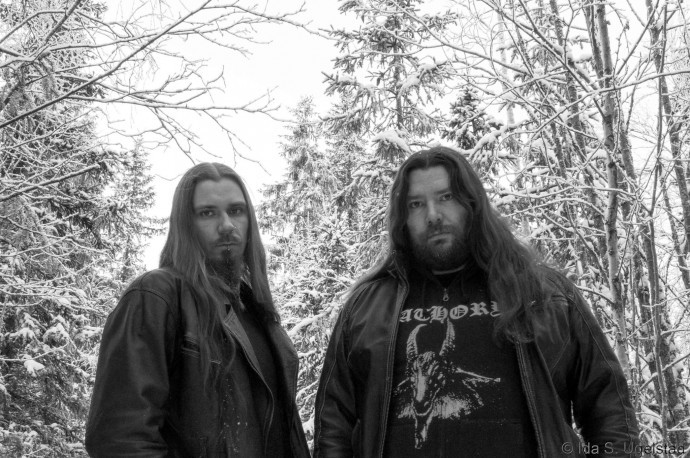 To return to where we started, this is a decidedly ambitious album with considerable dynamic movement and changing moods. By invoking comparisons to the likes of Bathory and Enslaved, the band have set the bar for themselves even higher. But it is also a success, delivering music charged with passion, packed with memorable melodies, and performed with flair. It’s a panoramic drama that’s really worth following from its ravaging start to its meditative, piano-led conclusion. One of the year’s biggest and best surprises.

Riddle of Steel is available as of today from Debemur Morti Productions — digitally on Bandcamp via the link below, on CD via this link, or on vinyl via this one.