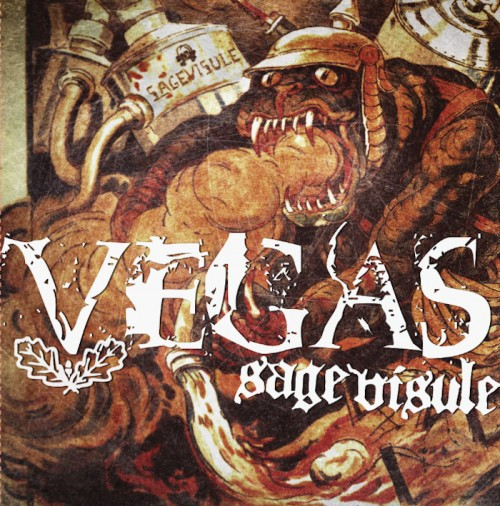 This is bleak, multi-faceted, throat-gripping music — an amalgamation of riveting melodies (including acoustic ones!), massive riffs that slam with the weight of sledgehammers, bone-smashing percussion, and a combo of bearlike vocal roaring and shrieking blood spray. The pacing varies from doom-stricken stomps to crust-punk rampages, with incinerating guitar solos and head-smashing breakdowns to add extra punch. And goddamn, this thing really punches hard.

Maybe the blackest song on the album is the instrumental track that closes the EP, and that should tell you something about the band’s varied talents. An amazing (and amazingly heavy) new discovery.

Sagevisule is available digitally on Bandcamp (the link is below), and the vinyl can be ordered directly from the band (check their Facebook page for how to do that). Listen below — and turn up the volume as high as you can stand it for maximum obliteration. 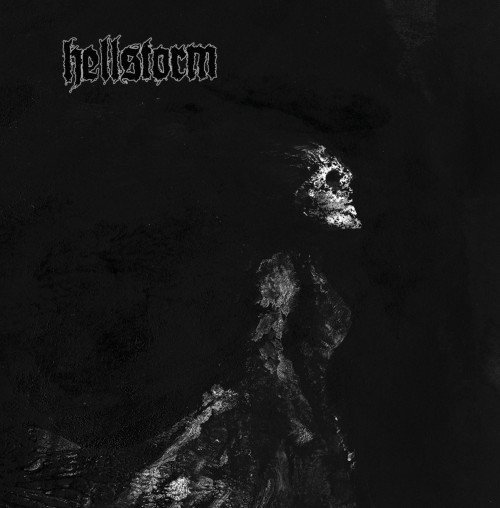 Hellstorm hail from Greece, and are yet another new discovery for me. Their fourth release is a recent, self-titled, two-song 7″. The A-side, “Encaged In Darkness”, is a full-force barrage of metallic hardcore/crust, propelled by compulsive rhythms and a combination of fuzzed-out riffs that are sickeningly infectious. The second track is “Future Ruins”. It starts slowly and ominously and then accelerates into a frothing mosh pit of nose-busting, lip-splitting carnage. It’s a straight injection of adrenaline and testosterone, with a breakdown that will wrench your goddamn neck. Killer stuff. 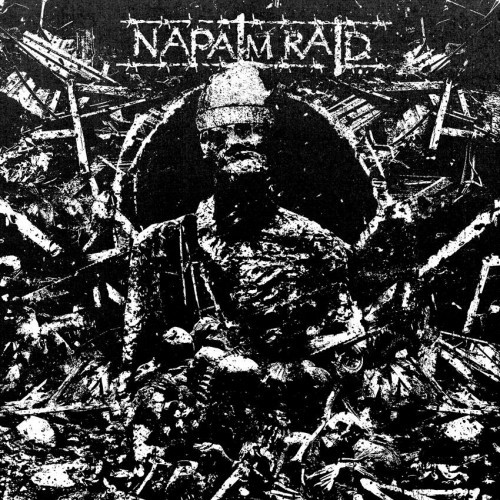 Lastly, we come to Napalm Raid from Halifax, Nova Scotia, whose music has been compared to the likes of Doom, Discharge, Anti-Cimex, and Extreme Noise Terror — just to give you fore-warning of what you’re in for. Their latest release is a 7″ EP entitled Storm, which contains four new songs and is graced by the excellent artwork of Hal Rotter (Rotting Graphics).

The songs are “Disfigured”, “Drowning”, “Living Breathing Dead”, and “Soon The End” — and the titles alone stand as further warning of the destructive music to come.

The guitar and bass tone is absolutely huge and pulverizing, but as heavy as the riffs and the drumming are (and they’re brutally heavy), the songs are high-energy romps that have the effect of electro-shock therapy: whatever skittering little distractions are flitting around in your head will be driven out immediately, like roaches scattering in fire. The reverberating, cathartic vocals hold nothing back either, and the guitar solos are searing. Really, really excellent.

The one song I didn’t find for streaming as a stand-alone track is the first one — “Disfigured” — but you can hear it at the start of a full-EP stream I found on YouTube, which is at the bottom of the embeds below.

Storm has been released by Rust and Machine in North America and by UK-based Imminent Destruction in Europe. Ordering info is available via the links below (only two of the songs are available for download on Bandcamp).

One Response to “SHORT BUT SWEET: VEGAS, HELLSTORM, NAPALM RAID”