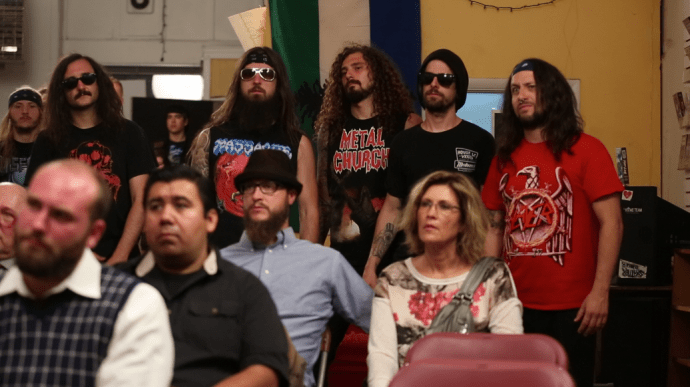 I just got a tip from our friend Leperkahn about the just-released new video by Iron Reagan, with these thoughts: “Whitey McConnaughy strikes again with FUCKING GOLD”.

Whitey McConnaughy is the director of this new video for a song called “Miserable Failure” from the band’s Relapse Records debut, The Tyranny of Will. The video features cameo appearances by members of Red Fang, Toxic Holocaust, and Mudhoney. And yeah, it’s fuckin’ gold — a shitload of fun to watch and to hear. Flash mosh!

The Tyranny of Will is out today and it’s up on Bandcamp for ordering and listening — which means we’re embedding the album stream right after the video. Enjoy, unless you have tight-sphincter syndrome, in which case we can’t help you.