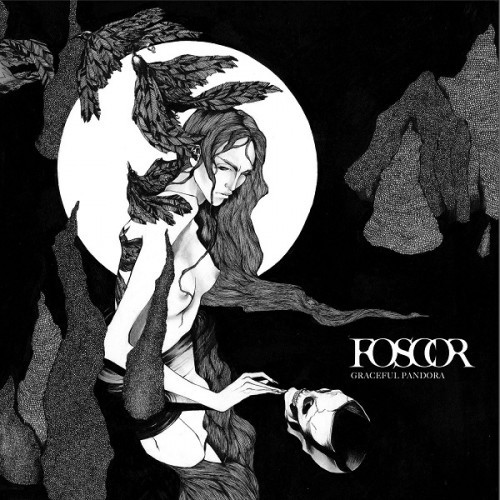 I was about to write that the videos collected in this post are off our usual beaten path, but upon reflection I concluded that we don’t really have a single beaten path. It’s more like a tangle of different paths from which the wanderer usually emerges beaten. Like an ant swarm, there may be a pattern in them, but when viewed from the air they would appear chaotic. Nevertheless, these videos in different respects are still probably off on tangents from the usual tangle at this site. Onward we go!

The Spanish band Foscor trace their roots back to 1997. Since that time they’ve released three full-length albums, all of which have recently been made available on Bandcamp (here), along with the rest of their back catalogue. They’ve completed work on a fourth album, Those Horrors Wither, which is projected for release on November 25 (CD and vinyl). In advance of that, the band are releasing a 7″ single named Graceful Pandora, which includes the title track (it will appear on the album) and a second song, “Grand Believer” (which was recorded during the sessions for the new album).

Recently the band premiered a music video for “Graceful Pandora” that’s interesting to watch and interesting to hear. It’s perhaps even more impressive because the video was written and produced by the band and directed by Foscor guitarist Falke (with cinematography by Adrià Escanilla). Both the song and the video take as their subject the legend of Pandora and what she unwittingly set free upon the world by opening the famous box. As the band explain:

“The song ‘Graceful Pandora’ from the upcoming Those Horrors Wither album was chosen because within the song itself can be found a couple of very important elements that allow a better understanding of the album title and its contents. As the title indicates, the song is based on the myth of Pandora and the horrors she unleashed when curiosity tempted her to open the box. Those horrors represent the primal fears and subconscious horrors that we all have within us, and once they are exposed we can either accept them as the dark side of ourselves, or we can allow them to affect our sanity. It’s pretty much a timeless theme and we thought that Zeus and Pandora were the perfect vehicles to symbolise the spread of those horrors over mankind and to teach us that we can either use them to enrich our lives, albeit in a disturbing way, or we can allow them to suck us into a hole of despair”.

I’ve been enjoying the song over the course of multiple listens. It’s a dark and often discordant take on progressive metal that both drives hard and fast and drifts on cosmic space lanes. The vocals are a mix of clean and harsh — and both are very good (the clean ones remind me of Yes’ Jon Anderson). And as the icing on a very sweet cake, something about the melody and atmosphere of the music suits the subject very well, just as the video and the song suit each other.

More information about Foscor and their music can be found here 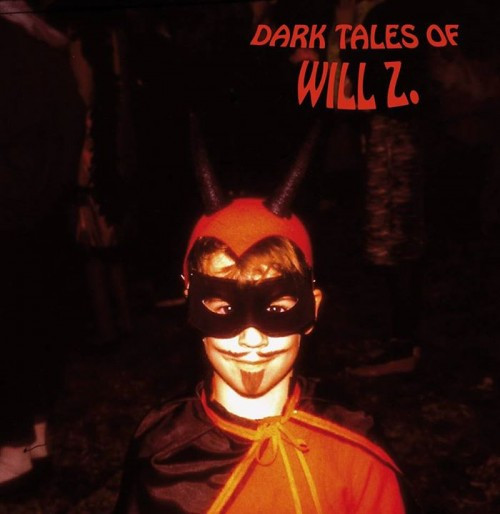 WILL Z. AND FRANCESCA MARONGIU

Will Z. is a Belgian musician who is a member of the group Cosmic Trip Machine as well as a solo artist. Until a couple of days ago I was unfamiliar with his music, and even today I’m only familiar with one song. It’s name is “Venenum Versus Viam”, and it will appear on a forthcoming album from Headspin Records entitled Dark Tales of Will Z.. I heard the song because it appears in a music video directed by Francesca Marongiu, an Italian multi-instrumentalist (she makes music under the name Agarttha) and visual artist whose fantastic video for a song by the Swiss band The Sum of R was the subject of this post at NCS in October 2013.

The largely electronic music is eerie and hypnotic, and with the aid of the video it creates a building sense of tension and dread, as if something terrible is waiting, just out of sight. You may never see it, but it sees you, and it’s waiting still.

Dark Tales of Will Z. will be released on LP (black, white, and red) via Headspin Records. Relevant links are below, followed by the video.

Will Z. – Venenum Versus Viam from Will Z. on Vimeo. 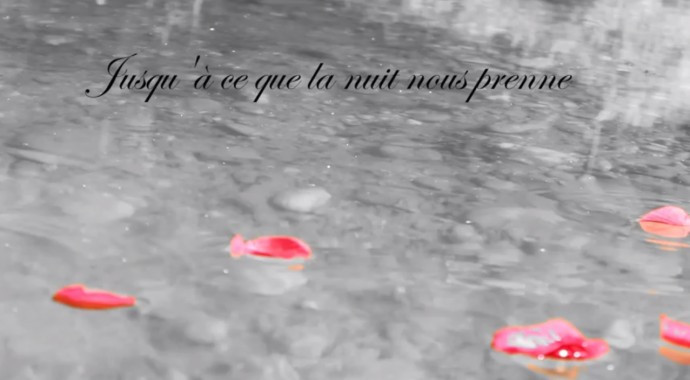 JOHANNES MAIER AND HIS STUDENTS

Johannes Maier is a teacher at Gymnasium Groß Enzersdorf, a secondary school near Vienna, Austria. He also appears to be a devout metalhead. Last semester, he and his students created a music video project that he wrote me about a couple of days ago. Two different videos were created, both of them entitled “jusqu’à ce que la lumiere nous prenne“ (until the light takes us). Both of them tell a story about three girls and how their destinies unfold in a dance with Mephisto and his servants. Much of what appears in the two videos is the same, but they have different endings — one hopeful and one tragic.

Many of us who are fans of black metal prefer to understand representations of Satan as a symbol of freedom, but this Mephisto is more akin to the Faustian character who is a seeker of souls. Yet Herr Maier and his students have drawn on dark metal for the soundtracks to these divergent videos — using a song called “The Yearning” by Germany’s Empyrium for the video with the happy ending (and music from Empyrium’s “Saviour” as the credits roll), and “Cicatrice” by Canada’s Gris for the one with the tragic ending (with Gris’ “La Dryade” in the credit sequence).

I don’t know about you, but where (and when) I was in high school, doing something like this would have been about as likely as teleportation (or in my case, getting an actual date). So, high fives to Johannes Maier and his students for this very cool project (and for their selection of music)!