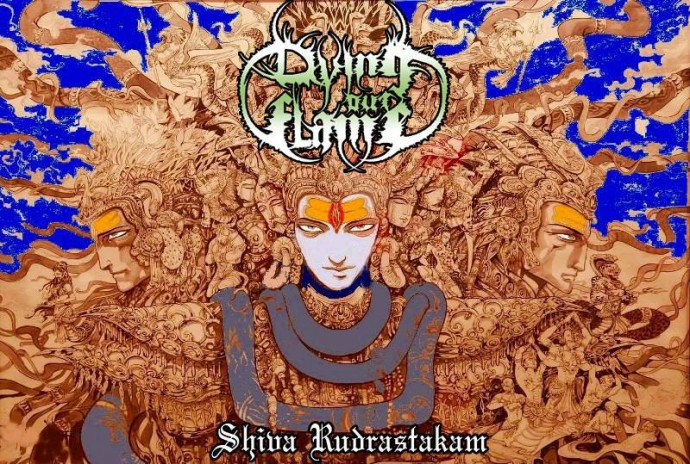 Shiva Rudrastakam by the Nepalese band Dying Out Flame is one of the most unusual, most inventive, and most instrumentally accomplished metal albums you will hear all year. It fuses together elements of death metal reminiscent of bands like Hate Eternal, Morbid Angel, Suffocation, and Behemoth with classical Hindu melodies and sanskrit chants. But it is far more than a stitching together of disparate musical traditions for the sake of creating a curiosity. It represents an authentic union of the creators’ passions, one that succeeds in finding an unexpected harmony in all these divergent ingredients.

An informative Decibel interview of the band’s co-founder, vocalist, and bass-player Aabeg Gautam reveals that the band’s name refers to the last phase of the burning of a corpse in the open air, an ancient Hindu sacrament designed to release the soul from the body after death, with fire acting as the medium between man and god. In the same interview Gautam calls the band “the instruments of Lord Shiva”. But even without these disclosures, the extent to which spiritual themes have inspired and fueled the band is abundantly evident in the fiery music itself.

The songs are impressively dynamic, ever-changing in ways that are fascinating rather than jarring. There is no doubt that the band could have recorded an album of pure death metal, both written and performed with an exceptional level of skill: In every song after the introductory track they unleash powerful torrents of brutal fret-burning riffs and hyper-active percussion with jaw-dropping flair. Yet this is only one facet of an intricately layered and vibrantly multi-textured work. 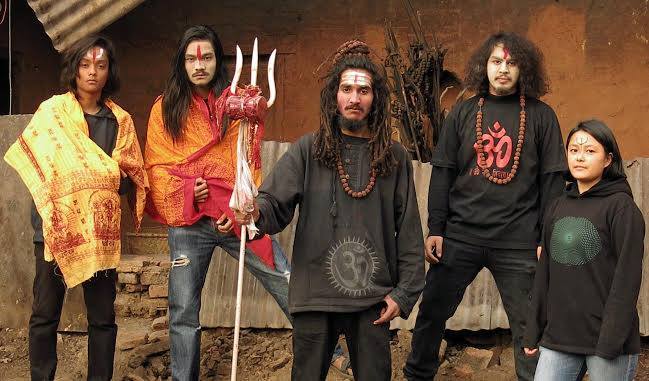 The songs include the music of traditional Indian instruments, including hand drums and stringed instruments, as well as the more traditional metal weapons of choice. Along with harsh, bestial growls and barks, the vocals include beautiful female voices and rhythmic Vedic chants, both male and female. Both the pacing and the moods are also in almost constant flux, moving from high-speed militaristic assaults to softer, meditative passages and rhythmically compelling acoustic interludes.

Adherents of fast-paced, technically oriented death metal will find a lot to like in this album — all of the instrumental performers can really fly like the wind, and Gautam’s harsh vocals are suitably voracious. But for those listeners who are looking for something off the usual beaten pathways, Shiva Rudrastakam is a true bonanza. Dying Out Flame are not the only band who have attempted to create the kind of fusion of traditions found in this album (Rudra comes to mind most readily), but their brand of “Vedic Death Metal” is perhaps the most ambitious and most successful. That the music comes from a place as far off the usual metal trade routes as Kathmandu makes the accomplishment all the more remarkable.

Seriously, make time for Shiva Rudrastakam. Your devotion will be richly rewarded.

Shiva Rudrastakam was released last month by Xtreem Music. It’s available on CD from this location and digitally on Bandcamp via the link below. A full-album stream follows the links.