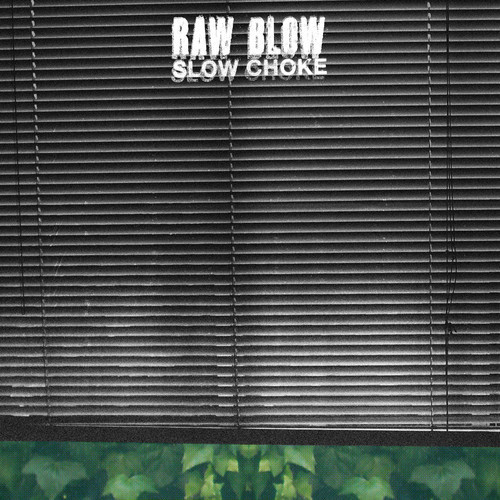 Every now and then I’m induced to veer off our usual beaten paths like a staggering drunk, and when that happens it tends to be because my head gets turned by some punks. And when the punks are named Raw Blow and their new EP is named Slow Choke, it’s even harder to resist. So here I am, premiering for you a song named “Don’t Try”.

I’m told that the members of Raw Blow have paid their dues over a decade of Boston brawling in bands named Now Denial, Furnace, Bravo Fucking Bravo, and Luau. They’ve got three vocalists, and the one who gets the most time actually sings — so there’s another step even farther off our well-worn path. On the other hand, the voices snarl and shriek, too. 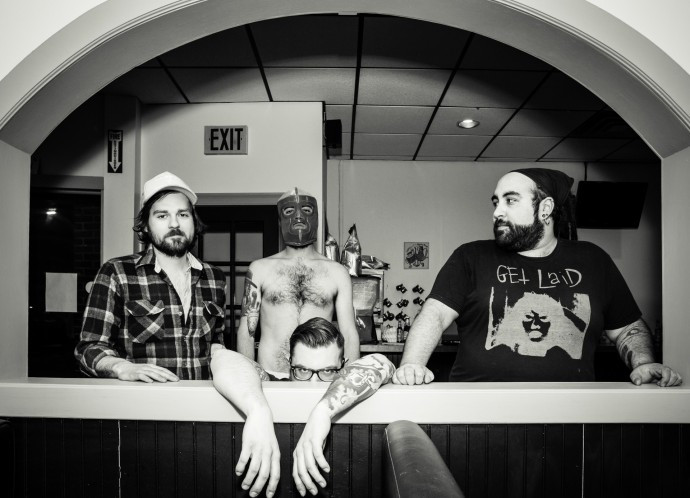 While recognizably played by the same band, the songs on Slow Choke are each distinctively different. Of all of them, “Don’t Try” probably weaves all the band’s musical strands together most completely — and does it in about one and a third minutes. Honestly, I wanted it to be longer — there’s an anthem in here trying to get all the way out — but I’ll take it anyway.

Slow Choke is set for release on October 28, 2014, by Social Cancer Records. Relevant links are below:

The band previously premiered the EP’s title track, and I’m including that one below, too. Here’s “Don’t Try”: