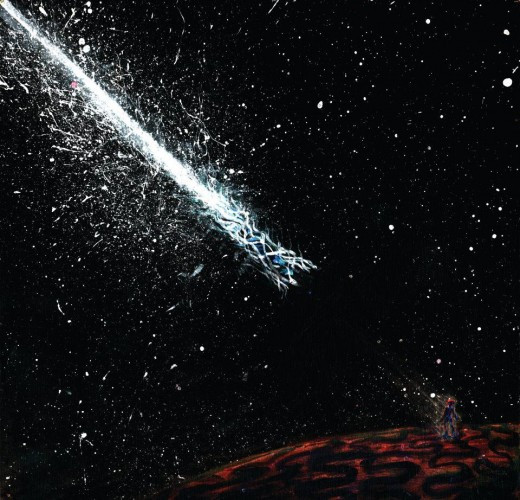 Out of curiosity, I as usual returned to Metal-Archives to see if any of the other players were involved in continuing projects, and saw that former Astomatous guitarist, Aaron Avellone, was part of a new-ish group called Shavasana. He performs the vocals for Shavasana in addition playing guitar for them. According to the almighty Metal-Archives, their name means “corpse throne” or “throne of corpses” in Sanskrit, a fitting name for sure.

I was lucky indeed to find Shavasana, a self-labeled experimental death metal group who certainly fit that sonic description. Gorguts seems to be a common influence for technically oriented bands, yet few to none have conjured death metal with a skronky unsettling Obscura feel quite like Shavasana, though that is far from the only bands whose music they bring to mind.

It’s hard to totally quantify and compare their dense web of sound with other death metal groups–but rest assured, this is eclectic and frenetic music that is worthy of your time. The music on their 2012 self-titled EP also ventures in and out of black metal elements. Additionally, their use of bass clarinet and tenor saxophone, courtesy of member Danny Andrade, adds a droning doomy wormhole sensibility to their sound that furthers the grip around your neck. Suffocating yet mesmerizing stuff — Shavasana are pretty damn incredible and out there.

I should also mention that their new bass player is none other than Ascaris, the vocalist/sax/cello player from Ævangelist, though Eli Namay performed bass on this recording — and he has a warm bubbly presence in the mix. While his contributions often follow the guitars, they add a nice warmth and depth to the sound. But the bass does deviate from the guitar playing at times, and those important counterpoint moments are equally mesmerizing.

For those who are shamefully unaware of Astomatous, a Bandcamp link to their astounding 2006 album, The Beauty Of Reason, follows below as well. 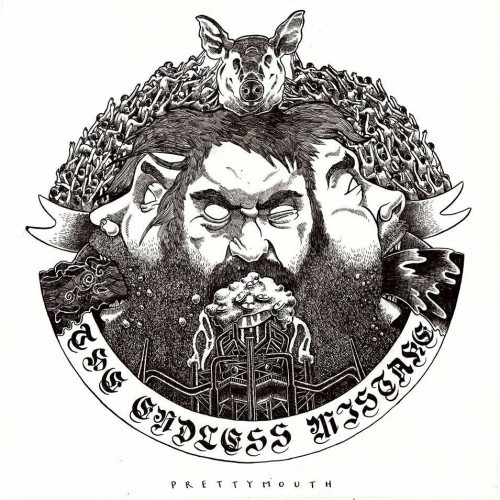 Without having heard the band, you might think that Toronto natives Pretty Mouth were pop-punk or maybe metal core, based on the name. But once you hear them, you realize their name was probably derived from the famous “you got a purity mouth, boy” line from the iconic film Deliverance.

Pretty Mouth call their music experimental grindcore, which is certainly an accurate description–with heavy emphasis on the word “experimental”. They are an innovative group who have evolved considerably on their latest album, The Endless Mistake, shifting further away from their prior grind-centered nature in favor of slower experimental heaviness. The sound they create falls somewhere between The Tony Danza Tapdance Extravaganza (minus their chugging/groove tendencies) and the eclectic genre-spanning vitriol of Gaza — which makes for music that is revoltingly ugly and mind-numbingly vicious–with no regard for pleasant sounds or conventions.

The Endless Mistake is revulsive stuff, caustic and unnerving in an original way. Adding to their instrumental uniqueness as a grind act, the vocals also venture into uncharted waters, often bridging a hard-to-describe gap between paranoid spoken word and a yell, though there is a fair bit of more straightforward vitriol in a lot of the vocal delivery. This unique vocal approach adds a completely different pacing to the disorientating and cold chaos at hand, massively upping the alienation and oddness factor. Yet it never fails as an experiment.

Unfortunately, Pretty Mouth recently ended as a band, so The Endless Mistake serves as a fine swansong. If you need a starting point to initially venture into this horrific mass, go with “Dead And Gone”, and thank me later. The Endless Mistake is one of the most inventive and fresh punk/powerviolence/mathcore/grind albums I’ve ever heard — a bold statement, but one I completely stand behind. 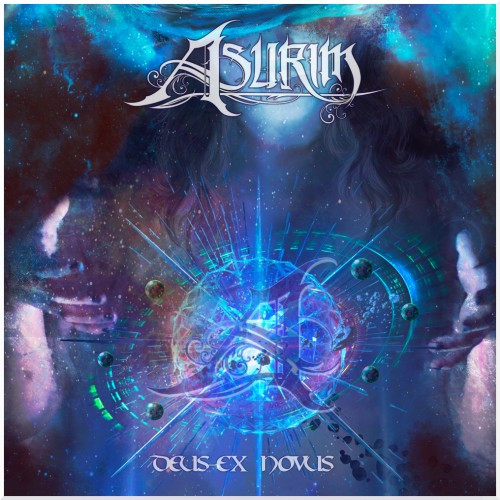 Let’s end today’s installment with some lighter, less angry, and less chaotic fare. Asurim are today’s final target, an instrumental jazz-fusion-oriented metal band with a multi-national line-up. Their core member and architect is guitarist/composer Levi Dale, who resides in Australia. He has done an outstanding job recruiting top-notch talent to accomplish his mellow yet engrossing vision on the band’s debut EP, Deus-ex Novus.

In this effort he has enlisted the help of two ex-Obscura members — both drummer extraordinaire Hannes Grossmann and phenomenal fretless bassist Linus Klausinitzer — as session players/band members. With a pedigree of such a high caliber, you are going to want to give this a listen and see what it’s all about.

In merely three songs, they pack in so much music, and do so with an incredible fluidity and dynamic range. These are very involved and complex compositions, and beyond the graceful and luscious guitar-work, the drumming and bass playing easily match it; together, all three of them intertwine and meld beautifully to create some highly stunning music that reaches for the stars.

This is only the beginning for Asurim, and the band has already hinted that a new song is on its way toward released. This is a band to watch for sure.