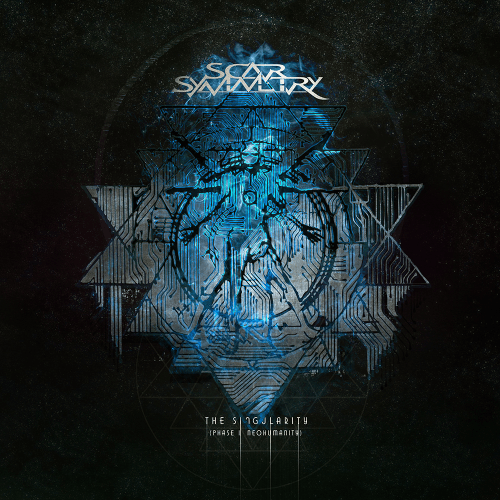 Heavy metal’s fascination with space is a long and storied one, especially in recent years as the mass media has become engrossed in science, with a half-million shows that all seem to boil down to, “Check out how awesome this shit is!”, as voiced by Morgan Freeman or breathlessly delivered by popular physicists.

Few bands, however, have tackled these subjects with the consistency and exploratory excitement of Scar Symmetry, having now released six albums covering a variety of subjects dealing not only with space in its physical form but also the philosophies of the universe, the science fiction aspects, and even a healthy dose of futurism — as recently provided by the group’s newly released sixth disc The Singularity (Phase One: Neohumanity), which will henceforth be referred to as Singularity. 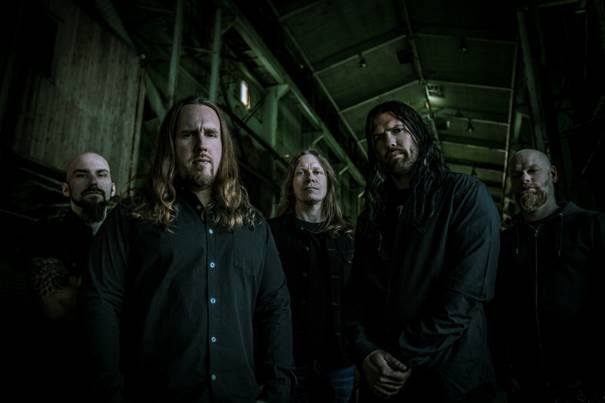 Scar Symmetry have addressed some of the subjects covered on Singularity before, including hints of the transhumanism that seems to be the conceptual focus of their latest release. However, they’ve never quite tackled it in such depth. This is exciting for a couple of reasons on a personal level:

I’ve found that when Scar Symmetry grapple with space, science fiction, and the future, they’re at their best. After being somewhat disappointed by the Illuminati conspiracy theory and lizard people concept of The Unseen Empire, it’s goddamned great to see the band returning to what they really know. Clearly, the break has helped the band, as Singularity feels like a revitalized and ballsy Scar Symmetry and an album that serves as a hybrid combination, moving Scar Symmetry closer to a singularity of their own, with the best aspects of Holographic Universe and Dark Matter Dimensions.

Singularity is an interesting record because so much of it is Scar Symmetry returning to what they know, not only conceptually but also in terms of music. It sees the return of some huge keyboard work as well as super-impressive guitars, on top of making Lars Palmqvist sound like a cyborg from the future for much of the album — something the band did on Dark Matter Dimensions, where his vocals seemed like those of an alien being who could sing really well.

Conceptually, as the title suggests, Singularity is supposed to kick off a series of albums by providing Phase One of a grand story dealing with humanity becoming more and more intertwined with computers, and on this specific disc, at times seemingly unwillingly. It’s the deep dive into the subject matter that makes Singularity the sort of record that locks you into place, including some unexpected narration at the end of the song “Cryonic Harvest”, as we hear the results of human beings moved from being frozen in liquid nitrogen in death to what the album refers to as a “digital immortality”. 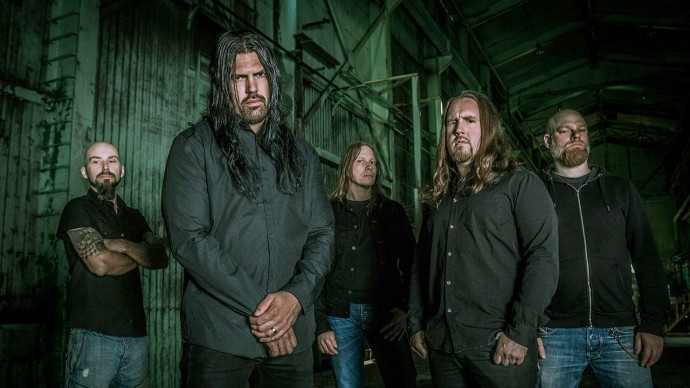 Many a sci-fi epic explores this very idea, but in the case of “Cryonic Harvest” you have the benefit of Scar Symmetry’s songwriting — so it has a super-strong hook in its chorus, one that after only three listens I found myself already humming, even more so than the already insanely catchy track “Limits To Infinity”, which includes a chorus line and keyboard section straight out of an 80’s nu-wave prog band. It’s the sort of thing you wouldn’t be too shocked to find slathered in cheese somewhere on the animated Transformers movie soundtrack. “Limits To Infinity”, though, like much of the album, explores some incredibly heady subjects; if you ever find the lyrics, they read like a huge block of a physics student’s thesis paper.

Surprisingly enough, though, it wasn’t the super-strong pop hooks of Singularity that really won me over: It was the back three songs of the album that did it, beginning with the instrumental track “Children Of The Integrated Circuit”. That song is a surprise from Scar Symmetry because it’s an instrumental, featuring the interplay of a long, swooping guitar solo and ambient key work.

Not to get too reductive, but it actually reminded me of a combination of guitarist Paul Wardingham’s work and the ambient tracks of artist Amogh Symphony on the album The Quantum Hack Code, a disc that also dealt with something very similar to what Phase One seeks to tackle, although leaning a tad harder on the Tron and Matrix side of the sci-fi spectrum. If you’ve never crossed paths with Paul Wardingham, he’s an Australian guitarist whose music sounds a lot like an instrumental form of Scar Symmetry, and his debut had some friggin awesome tracks, like Orbital Decay.

“Children Of The Integrated Circuit” spills over into what may have become my favorite track on the album, “Neuromancers”. As a huge sci-fi fan, the title alone is a good enough sell for me, but it also includes some really special moments, in a piece that features one of the heftier gallops Scar Symmetry get up to. Vocalist Roberth Karlsson, who has one of the most expressive faces in death metal, shrieks a small shout-out to the story “I Have No Mouth, and I Must Scream”, and then for a few seconds the song goes absolutely nuts as drummer and driving force behind much of the band’s works, Henrik Ohlsson, loses his mind on the drum kit.

“Neuromancers”, and its humongous ten-minute follow-up mouthful of a song “Technocalyptic Cybergeddon”, really has Scar Symmetry firing on all cylinders. Per Nilsson gets a ton of time to tear his guitar apart across “Technosupercalifragilistic expealidocious”, and the whole song harkens back to the days of Holographic Universe’s own eight-minute title track.

The whole experience of “Technocalyptic Cybergeddon” is a driving force that contains mountains upon mountains of riffs and solos, and as both vocalists roar and sing, it actually saddened me a little bit that this is the closer; it does the one thing a closing track should really set out to do — which is leave you wanting a whole lot more. It’s a satisfying as hell experience on its own, but man, as the promise of what Scar Symmetry are looking to do, that song earns the almost instant approval of, “Whichever direction that song was pointing, go there”. It makes ten minutes feel like ten seconds and will leave you with a bangover after it is done.

It’s hard not to lavish a bucket of praise on Singularity. Hearing Scar Symmetry return to the cyber future is exciting in its own right. They’re a band who feel at home there, and all across this album it sounds like the band are dispensing lessons on how to get shit done. Not to accuse them of pulling a “return to form” after one disc, but the group come across as hungry and revitalized, and it’s the sort of experience that really gets you excited for discs to come.

At eight tracks (six songs and two interludes/instrumentals), Singularity: Phase One doesn’t overstay its welcome, but goddamn do the band pack a ton into its run time. There’s a lot to enjoy here, including some of the best vocal hooks Scar Symmetry have dished out in some time. Both vocalists get their own highlight moments throughout the disc, and there’s obviously the incredible guitar playing, on top of a hell of a demonstration by the band’s rhythm section. Singularity still leaves Scar Symmetry as a super-approachable band due to the harsh-vocal/clean-vocal dynamic, but it doesn’t sound like the band are ever falling into a formula with it, or if they are, it’s one of the better demonstrations of it.

When the band go into their ten-minute, progressive closer song, Scar Symmetry show that there is a ton of life in this band. They send Singularity off with a huge bang, the sort of exciting one that really has me locked in now for what they plan to do with this series of discs. If they follow in the steps of Phase One, we may be in for a huge block of some of the best music Scar Symmetry have ever made.

The Singularity is out now in Europe and will be released October 14 in North America and October 13 in the UK.  It can be ordered here or here. Listen to two advance tracks below.

9 Responses to “SCAR SYMMETRY: THE SINGULARITY (PHASE ONE: NEOHUMANITY)””