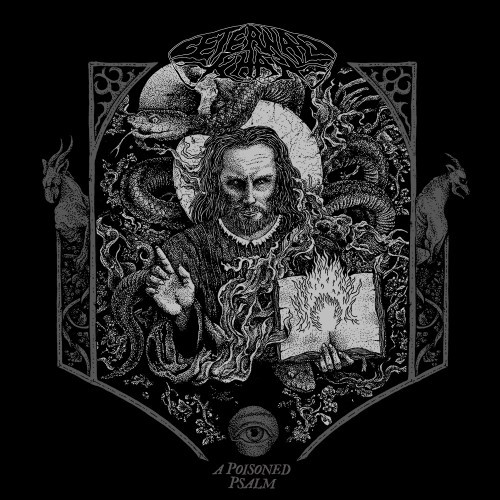 Eternal Khan came to life in Providence, Rhode Island, about five years ago. By 2012 they had released a two-song demo and then followed that in 2013 with an EP entitled A Primitive History, which appeared on several year-end lists posted on our site, including this one from our friend SurgicalBrute (and another one of our contributors, KevinP, wrote about it for Metal Bandcamp here).

After these auspicious beginnings Eternal Khan have now finished a full-length album, A Poisoned Psalm, and have scheduled it for release on October 21. In this post we bring you the premiere of one of the new songs — “Raging Host” — as well as a stream of a second one that is now up at Bandcamp.

As they’ve done before, Eternal Khan bring an interesting mix of styles to bear in “Raging Host”, and the result is a powerful and engrossing piece of very dark music. 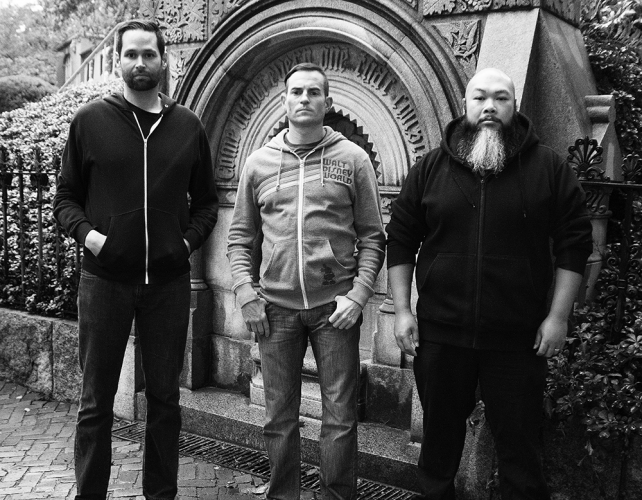 The swirling Eastern melody and pounding drums in the song’s opening immediately seize the listener’s attention, as do the deep, gravel-choked, tyrannical vocals and the indigo-shaded guitar and bass chords that eventually join the spine-rattling percussion.  The music remains ominous and heavy even when the pace briefly accelerates into a whirring tumult before returning to the rhythmic pounding and swirling melody.

Eventually the song slows even further into a kind of bleak funereal processional, saturated with an atmosphere of doom and desolation, those potent drum beats pounding like the hammering of coffin nails, with the murk lit dimly from above by a forlorn guitar melody.

Harnessing elements of doom, black metal, and death, Eternal Khan have delivered an excellent song and a very tempting teaser for the album. A Poisoned Psalm features eye-catching cover art by Rotten Phantom, and it can be pre-ordered via the Bandcamp link below. As promised, you can listen to a second song from Bandcamp — “Bells on the Black Hour” — just below our premiere of “Raging Host”.