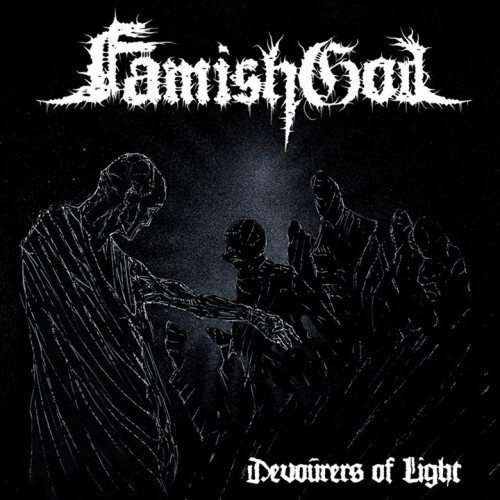 Along with this announcement came the premiere of the album’s title track and first chapter, “Devourers of Light”. Rotten’s vocals are monstrously deep and horrific, the kind to which words like “cavernous” and “abyssal” really don’t do justice. And the radioactive riffs and massive bass hammers are monsters in their own right, spreading a thick miasma of putrefying doom that moves from funereal dirge to methodically skull-clobbering assault, with a malignant lead guitar melody eventually uncoiling in its midst like a serpent. Great intro to the song as well.

Devourers of Light will be released by Dave Rotten’s label Xtreem Music on December 1. It further appears that the band will not be simply a studio project, and that Rotten and Funedëim intend to recruit session members in order to perform live rituals. 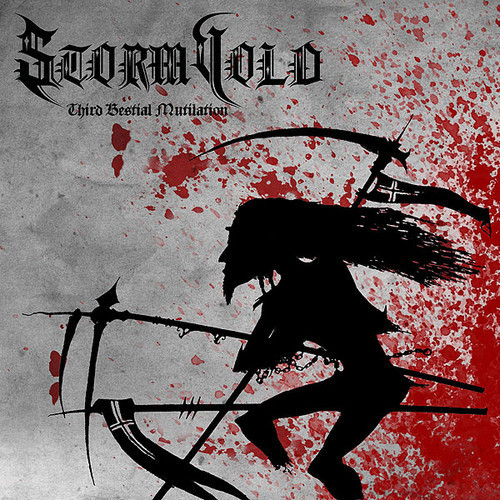 As I explained at the outset, as soon as I finished listening to that FamishGod track on Soundcloud, another song started playing right away. It intrigued me immediately and I continued to let it run — and it just got better and better. The name of the song is “Brilliance of Thunder” and it is perpetrated by a two-man Spanish band named Stormvold — with all instruments and vocals provided by Ebola and drums performed by Taenia Solium.

The song appears on an 8-track compilation entitled Third Bestial Mutilation, which is scheduled for a November 15 release by Xtreem Music (which explains why Soundcloud started playing it as soon as the FamishGod track ended). This album collects two previous Stormvold demos as well as four new songs that together were recorded for a third, 2014 demo from which the compilation takes its name — Third Bestial Mutilation.

“Brilliance of Thunder” is a blackened death metal dynamo, with venomous buzzing riffs that move from malignant doom to thrashing mayhem to the most compulsively headbangable stomp I’ve heard in weeks to an equally infectious rocking finish. And holy shit, the drumming on the song is electrifying (and spine-snapping). Ebola’s vocals are also thoroughly vile and voracious.

This thing has got its poisonous hooks sunk so deeply into my head that I’ve come back to it a dozen times since the first listen yesterday. If the rest of the tracks on Third Bestial Mutilation are as good as this one, it’s going to be a must-have acquisition.

Below, I’m including both the Soundcloud and the YouTube player for “Brilliance of Thunder”. 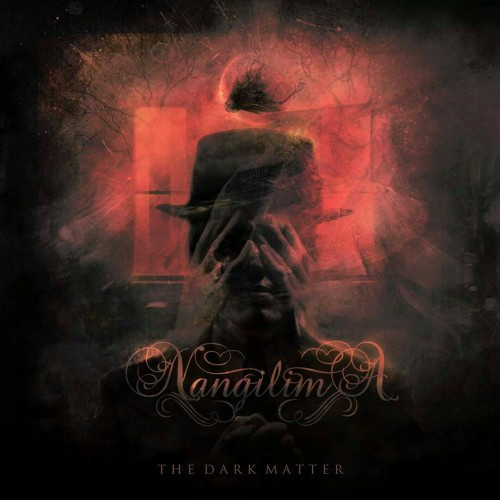 To continue with the story of how this post came together, no sooner had “Brilliance of Thunder” finished than a third song began playing on Soundcloud. Once again, it hooked me quickly enough that I just continued to let it play, and once again I really liked what I heard.

The third song is named “Stain of A Broken Life” and it comes from a band based in Malmö, Sweden, named Nangilima. Their debut album, The Dark Matter, is set for release — again by Xtreem Music — on November 8, 2014. The song is more in the vein of traditional funeral doom than the first two songs in this post, methodically generating an atmosphere of desolate bleakness, with an entrancing piano and electronic keyboard melody floating through the methodical hammering in the low end. The vocals are also excellent, a combination of deep, hollow roars and maniacal howls. The song drives its point home like coffin nails: Life is misery and in death there is beauty to be found.

P.S. According to a note at Metal Archives, “The name ‘Nangilima’ comes from the fantasy novel ‘The Brothers Lionheart’ written by Astrid Lindgren. Described as a ‘land of light'”.