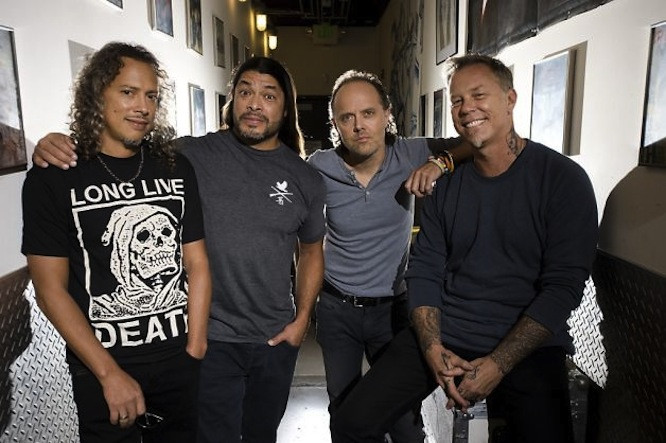 (In this post Andy Synn offers some opinions and poses some questions — and invites your answers in the Comments.)

Now that the financial crisis is over… fair and equitable punishments have been meted out to those involved… the banks have all learned their lessons… and nothing like that will ever happen again…. I think we can safely move on to discussing more important topics, right?

All (slightly depressing) jokes aside, zeitgeisty terms like “too big to fail” actually have their use and can be applied and utilized in a bunch of wider contexts. Case in point, what happens when a Metal band becomes “too big to fail”, and how does a band even reach that point?

The impetus for this column actually came when I read, with some incredulity, that Metallica are to release a total of 27 (yes, 27!!!) live albums before the end of the year – one for each show they played during 2014.

And hey, that’s also ok… that’s fine… it’s their livelihood, it’s essentially a business, and there’s an argument (I think a pretty strong one) that the band don’t exactly have the same fire they used to – the same drive to create. That they don’t feel the need inside to make new music, to express things the way they used to, and instead simply enjoy playing and performing live, and write new songs only when they have to, in order to provide them with a new product to promote.

So it seems to me that, in that sense, Metallica are definitely “too big to fail”. They have such a huge fanbase, such a vast worldwide following (many of whom aren’t exactly what we would call “metal people”), that it seems that no matter what they do… no-one say the “L” word… they’ll always sell enough copies to be “successful”.

They’re also “too big to fail” in another sense though.

Think about it… who could, or would (or should), replace them in the event that the band suddenly, and catastrophically, imploded? There’s an argument that, despite what you might think of them, they continue to hold a key position in the metal landscape, and that their sudden absence would leave a very serious void in metal’s representation in the music world as a whole.

It got me thinking about just how fragile the existence of most metal bands can be, and how difficult it must be to reach that point where you know that you’ve finally “made it”. And by “made it” I don’t mean going mainstream, or selling out, or anything like that… I simply mean reaching a point where your band has become big enough to be self-perpetuating. Where your fanbase continues to grow and develop naturally, almost of its own accord, and where you’re finally able to comfortably survive.

From my perspective being in a band involves (if you’re lucky!) progressing through several stages.

First off is the struggling local band stage, which can be depressingly long or amazingly short, depending on how closely you fit with what’s currently “in” – and even then, you’ll probably be struggling to be heard amidst a sea of other voices, all clamouring for the same attention, unless you’re lucky enough to be one of the rare “breakout” acts that suddenly jumps into the public’s attention.

This is the stage where you see the greatest turn-over of bands, where they barely get going, or where they end up stuck at this level for too long. It’s also where you’ll see the ubiquitous “scene queens” – seemingly transient groups of band members who form one very “in” sort of band, receive a lot of local hype, but break up not long after… only to re-appear quickly in a new line-up with another very “current” sound… and the cycle repeats ad infinitum.

A fortunate few get past this, whether by luck or by design or by sheer bloody-minded perseverance (so far that’s been my preferred tactic), and start to feel the ball rolling under its own power. Gig offers start to increase, the band’s profile starts to build, critics start to (slowly) take notice. It’s a great time… but also still a very fragile one. A single misstep, a missed opportunity, an unforeseen delay… can cripple a band at this point.

Of course even once a band gets properly established in the public consciousness, it’s still unlikely that they’ll be able to survive on the proceeds of their music alone. It’s still a precarious balance. And a bad album can sour people to the point of totally poisoning them against a band.

Even 4 or 5 albums into a “serious” career… you’re still at the mercy of shifting public opinion and your own ability to maintain a certain level of quality. There’s STILL a lot of pressure not to fuck things up.

Look at Scar Symmetry for example – the departure of Christian Älvestam certainly led to a very uncertain period for the band, dividing their fanbase and leading a lot of people to wonder about the band’s continued existence.

Thankfully the addition of both Robert Karlsson and Lars Palmqvist on vocals helped to right the ship, and they’ve recovered from this and gone from strength to strength ever since. But it still demonstrates how even a supposedly “established” band can, in reality, exist on a razor’s edge between failure and success.

At the top end of the scale you have a band like Opeth who, I hope you’ll agree, have become “too big to fail” in their own right. The divisive, but ultimately successful, Heritage is, in my opinion, a perfect testament to that.

No matter what you think of it – whether as a fan or as a detractor – you have to admit that it’s the sort of album that could easily have ruined the career of a lesser band.

There are, of course, some relevant arguments to be made in parallel with the points made about Metallica earlier.

There are those who claim – somewhat contentiously – that this retro-progressive reworking of the Opeth sound is more of a Mikael Akerfeldt solo project than a continuation of the original spirit of the band, and that the band’s “brand name” is being used purely because of the commercial and critical clout associated with it.

And whether there’s any truth to that or not, it still supports the idea that Opeth have become “too big to fail” – the identity of the band, the name, the history, the established fanbase, have all reached critical mass and become self-perpetuating.

And that’s not exactly a bad place to be!

So, here’s a few questions to discuss in the comments…

Where… when… how… do you reach the point where you’ve “made it”, where you are, in no uncertain terms, “too big to fail”?

What does that mean for the music bands produce? Do they then have to simply maintain the status quo, or can it give them the space to experiment more freely?

And what bands do YOU think have made it and are now “too big to fail”?