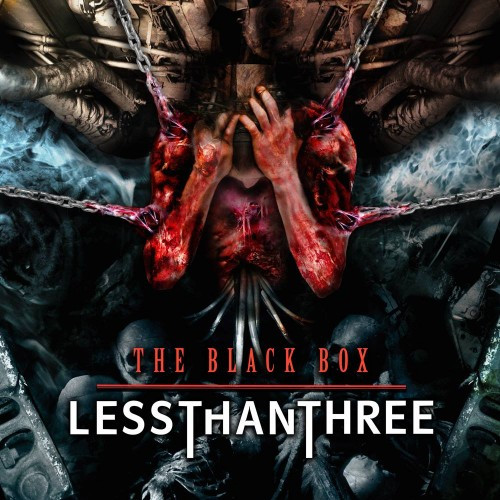 I learned about Finland’s Less Than Three through an e-mail from my old web friend fireangel (Night Elves), who for many years has made it her mission to focus on and spread the word about Finnish music.

The band started as a bedroom project of one Jesse Soiletsalo (ex-Medicated) in 2010, but in time he recruited quite an impressive line-up of allies to record the music he had composed: drummer Samuli Mikkonen (Profane Omen), vocalist Tommy Tuovinen (MyGrain), bass-player Pyry Hanski (ex-Before the Dawn, Mörbid Vomit), and second guitarist Ari-Pekka Repo (ex-Murdershock).

They recorded a self-titled EP and released it in March 2013, and this month they’ve released a second one, entitled The Black Box, with vicious cover art by Jussi Salolainen — or at least they’ve released it for listening. Announcements about a physical or digital release are yet to come. 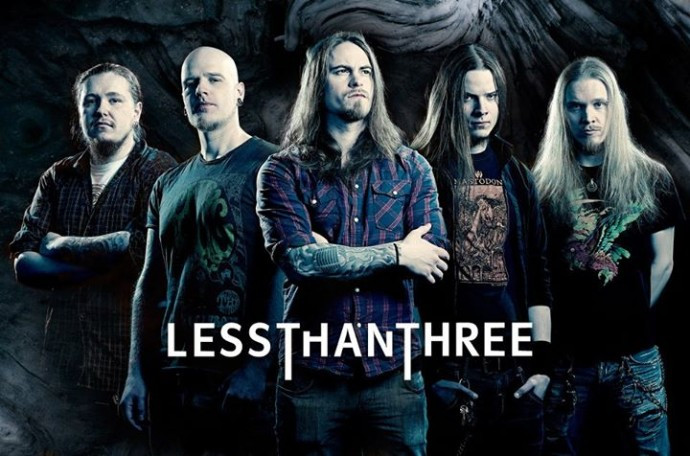 Particularly for a DIY production effort, the EP sounds remarkably good, sharp-edged and powerful, and with a balanced mix that allows all the considerable talent in the band to shine.

Stylistically, the music is something like an intersection between Meshuggah, Fear Factory, and Scar Symmetry, though if you ask me in an hour I’ll probably have changed my mind and come up with some more ideas to go along with the Meshuggah comparison.

The sound is anchored by lots of quasi-industrial jackhammering and by jolting start-stop riffs, often deployed with a beefy palm-muted atonality. Accompanying all that rhythmic spine-shaking is an array of writhing, skittering guitar arpeggios,  shimmering ambient sounds and deep drones (which might be keyboards and might be guitar effects — I’ve guessed wrong about such things before), and occasionally some harsh electronic noises.

All these ingredients add a cold, alien atmosphere to music that already sounds quasi-cybernetic, or sometimes just make you feel that you’re exploring the cosmos. Yet the overall effect is hardly robotic — because, apart from the progressive tendencies of some of the guitar leads, Tommy Tuovinen is in this band.

If you’re familiar with MyGrain’s music, then you know what he’s capable of — and he really puts on a show here, ranging at will from bear-like growls to jagged howls to demented yells to soaring clean vocals that climb to stratospheric heights. As a result of layering, there are times when he sounds like he’s doing all those things at once. He helps give the music a vicious edge, and his clean vocals are also responsible for much of its melodic attraction.

Less Than Three aren’t doing anything “outside the box” with The Black Box — there is much abut the music that will sound familiar — but this is very capably rendered music that I’ve been enjoying, with a vocal performance that helps lift it well beyond the ordinary.

Below I’ve embedded a full stream of The Black Box from both YouTube and Soundcloud; I understand it’s also available on Spotify (here).

In addition to the EP, the band have also recorded a cover of Meshuggah’s “Future Breed Machine” and have made that available as a studio video. I’m including it below as well.

One Response to “SHORT BUT SWEET: LESS THAN THREE — “THE BLACK BOX””