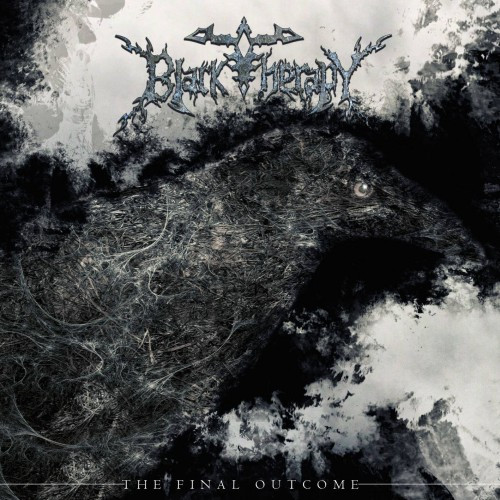 About 10 days ago we had the pleasure of premiering (here) a lyric video for “The Final Outcome”, the title track to a new EP by a Roman band named Black Therapy. Today we’re bringing you the official stream of the entire EP in advance of its official release tomorrow — preceded by this review.

There are four tracks on the EP, three of them original songs and one of them a cover. I already wrote about the title song that it was one of the most satisfying injections of Gothenburg-style melodic death metal I’d heard all year, and that turns out to be true of the second track as well, “Black Crow”.

Both songs are high-voltage gallops, with jolting verse riffs, sweeping choruses, and the kind of rapidly swirling lead guitar melodies that may cause you to form your hands into claws and lift them toward the heavens — while you bang your head like a crazy person. 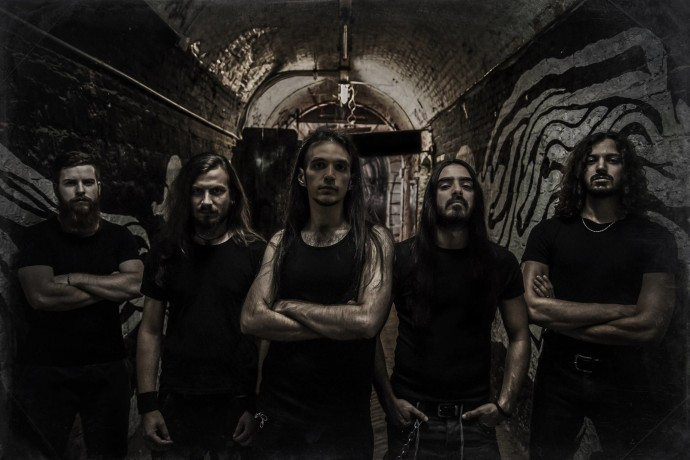 At a time when debates are already beginning about how At the Gates’ comeback album stacks up against that band’s records from 20 years ago, these two songs are a that a fresh reminder the style doesn’t lose its charm when done this well. Hell, Giuseppe Di Giorgio’s vocals even bear a strong resemblance to Tompa Lindberg’s from 20 years ago, though perhaps with even more acid.

But if you begin to think the entire EP is in the same vein — and that would have been just fine with me — you’re in for a surprise.

The cover, which comes next, is an interesting choice and a significant change of pace. It’s the Tears For Fears song “Mad World” (though it appears the band took their inspiration from the cover of the song that was included on the Donnie Darko movie soundtrack). For this “Mad World” cover, the fantastic Francesco Ferrini from Fleshgod Apocalypse makes a guest appearance on piano, and the band’s rendition is dark and devastating. It may be the EP’s highlight.

The final original song, “Sunset of the Truth”, closes the EP. It flows beautifully from the “Mad World” cover. Also dark, slow, and melancholy in mood, it’s an acoustic instrumental that’s gorgeous in its sorrow and wistfulness, needing only thunder to accompany the rainy-day atmosphere.

Any one of these songs would be excellent standing alone. Collected together, in this order, they make for a very interesting and especially satisfying listen.

The Final Outcome was recorded, mixed, and mastered by Stefano Morabito at 16th Cellar Studio in Rome and you can order it now from Revalve Records (here). The official Black Therapy store is at this location, and these are the band’s web pages:

Now, enjoy our premiere of The Final Outcome:

3 Responses to “AN NCS PREMIERE: BLACK THERAPY — “THE FINAL OUTCOME””