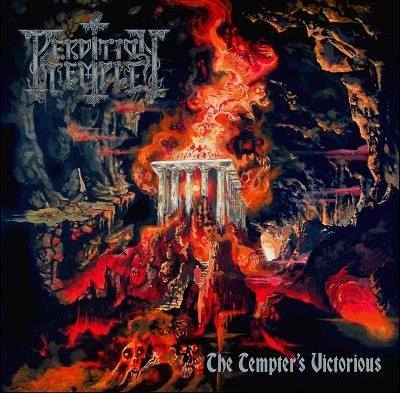 I’m about to bolt for the airport — not because of the fucking day job, for a change, but to visit family in Austin and maybe have time for a bit of the Housecore Horror Film Festival. If the wi-fi works on the airplane, I might turn up again, but otherwise this round-up of new music will be today’s final post. Although this post isn’t a long one, trust me, it’s a good one.

I have BadWolf to thank for the discovery of this first new song. It comes from a band named Perdition Temple. Despite the fact that they have two albums out in the world (Edict of the Antichrist Elect from 2010 and 2014’s Sovereign of the Desolate), I don’t think I’ve previously explored their music.

The band’s line-up, which includes some veteran names, is as follows:

The band’s Facebook page doesn’t identify a vocalist, but Metal-Archives reports that, at least at one time, it was Impurath from Black Witchery.

The new song I heard is named “Scythes of Antichrist” and it will appear on the band’s forthcoming album The Tempter’s Victorious, due for release by Hells Headbangers in January 2015. The song is hell on wheels.

It delivers riffs that writhe like snakes on meth, ugly growls, unstoppable drum rhythms that set up some kind of feedback loop in your spine, a refreshingly nimble bass workout, and a couple of thoroughly demented eye-watering guitar solos. It’s an unusually intricate blast of old-school death metal that should appeal to fans of “technical” metal without sacrificing one iota of atmospheric evil. Just superb. 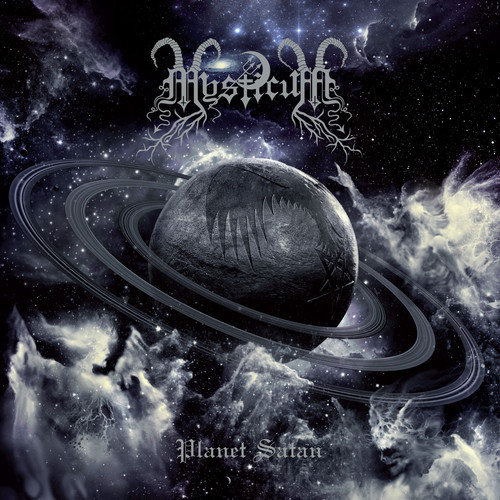 Here we have another comeback, and from what I’ve heard so far, a very welcome one.

Mysticum are a Norwegian industrial black metal band originally formed in the mid-90s, whose debut album appeared in 1996 under the title In the Streams of Inferno. At some point after that, the band either ceased to exist or went on indefinite hiatus, but then revived in about 2011. Now, Peaceville Records will soon be releasing their second album, almost 20 years after the first one, and it features the band’s original core triumvirate of Herr General Cerastes, Svartravn, and DrBest.

The new album is named Planet Satan — and you gotta love that name. The one song I’ve heard from it so far — which you can hear below — is “LSD”.

Those bells at the beginning of “LSD” seem to be summoning poltergeists, but what comes to the call turns out to be red-eyed banshees whipping and whirling at high speed and with carnivorous intent. The guitars explode like a hailstorm of razors, the programmed drums drive the beat at the speed of a demonic Formula One racer. The vocalist seems to be spiritually linked with an infernal entity. And the keyboard ambience that drifts around all the batshit craziness like a fog keeps the eeriness factor at a high level.

It’s a mind-scarmbling bit of chaotic viciousness. What’s not to like?

The album is due for release on October 27. It can be ordered here in various formats, with related merch.

2 Responses to “SEEN AND HEARD: PERDITION TEMPLE AND MYSTICUM”