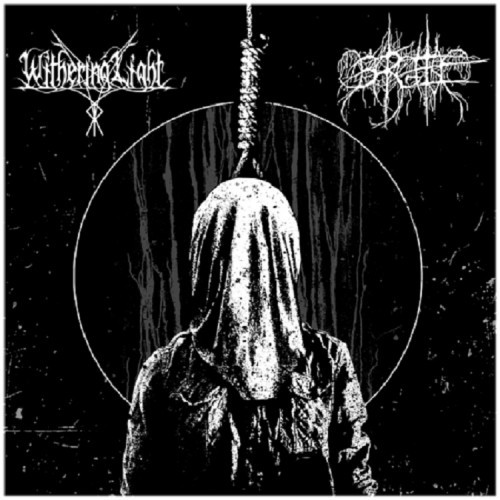 About 10 days ago two Louisiana bands released a two-song split on Bandcamp which proves again that some of the best music these days is flying under the radar on the wings of short, unheralded releases.

One of the two bands is a new name to me, Withering Light from Hammond, Louisiana. Their song is named “Lantern”, and it’s a shining example of post-black metal done very well.

At the beginning, and returning again at the end, guitar notes ring out like the pealing of alien bells over a heavy, grinding low end. That reverberating melody proves to be very seductive, but so is the rest of the song, which features jabbing, start-stop riffs, acrobatic drumwork, tumbling bass licks, and a very nice dual-guitar harmony, as well as inflamed, scarring vocals.

Barghest from Baton Rouge have already made a name for themselves with a string of quality releases, including their second album released earlier this year by Gilead Media, The Virtuous Purge. Their contribution to the split is a new version of one of their first songs, originally written in 2006-7, “Carrion”.

“Carrion” is a raw, bestial assault, a blast of discordant, radioactive riffage and hyper-speed drum fusillades. The explosion of menace is magnified by the unhinged shrieking of the vocalist and the dark, diseased melody which flows through the maelstrom like snake venom in the veins. But something about that poisonous melody proves to be addictive as well as unhealthy.

This split is well worth having, and it’s available now on Bandcamp for $3. A 7″ vinyl will be released in the near future with art by Rotting Graphics. Listen below.

3 Responses to “SHORT BUT SWEET: WITHERING LIGHT AND BARGHEST — A SPLIT”