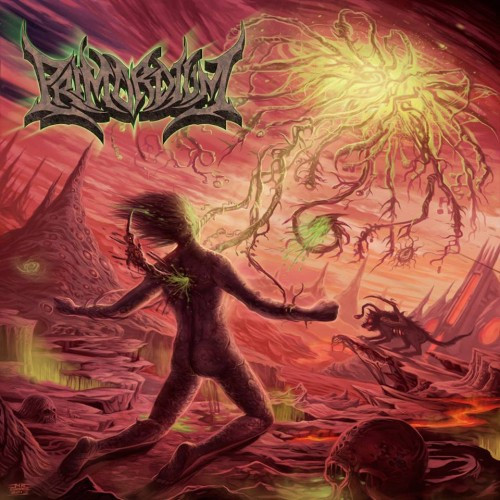 Imagine the slithery nature of Spawn Of Possession or Gorod meeting the brutality and heft of Beneath The Massacre, with the end result getting a hefty injection of melody, and you would arrive at the sound of Primordium. Primordium are a new upstart technical death metal group from Indianapolis, Indiana and Aeonian Obsolescence is their very first release as a band.

Islander premiered “The Incursion” not too long ago, and it was a dizzying introduction for those new to the band. While the release of this EP was shifted a few weeks back, it will finally be out this Friday and damn if it isn’t a killer release full of bestial cavernous growls, relentless rampaging hatred, classically influenced orchestral moments and some neo-classical leads, and catchy melodies with the occasional jazzy flamenco snippets hidden within. 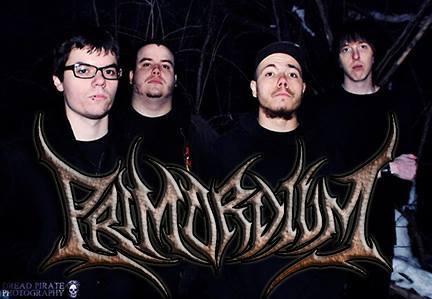 While “Intro” appears at first to be a simple strings-and-keys opening track, lumbering death metal riffs and pummeling drums enter the frame, truly offering an introduction to what’s coming. Track two, “The Process Of Becoming”, sets things in lightspeed motion, flashing a fluid sense of melody out across a caustic backdrop of carefully orchestrated death. But despite the head-spinning bet of “The Process Of Becoming” is, track three “The Opaque Semblance” ups the ante, uprooting your head completely instead of merely spinning it around like a cat with yarn.

The next track is the one they premiered ahead of this release, “The Incursion”, and it offers a suffocating atmosphere in spades along with a dive into a strings-and-keyboard outro. Next, the explosive mania of “Esoteric Purification” takes hold with a noxious grip, consisting of a tremendous number of quality slicing riffs and rapid-fire drum bursts of a highly explosive nature.

The EP ends on an instrumental note with the title track, “Aeonian Obsolescence”, a composition that sees the band taking a somewhat proggier approach in the second half after a blazing opening, and one that also allows the bass some audible space in which to shine brightly as well.

Primordium have shown themselves to be a quite engaging act, expertly mixing acrobatic finesse with racing brutality. In a mere six songs, Primordium have released a highly impressive introduction to themselves on Aeonian Obsolescence that surpasses the quality and replay factor of many a full-length album dragged down by filler. Big things come in small packages indeed.