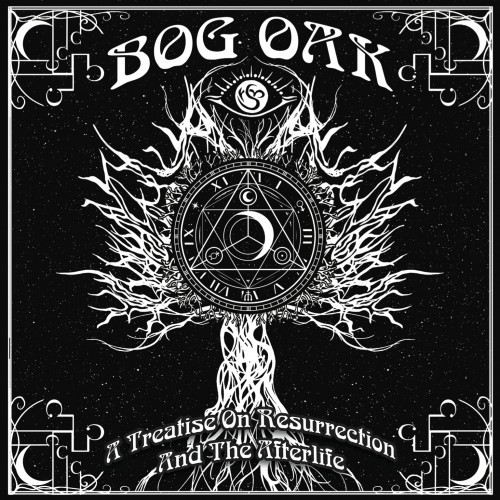 Bog Oak are a relatively new band from the vicinity of Sacramento, California, whose debut EP A Treatise On Resurrection And The Afterlife will be released by Svart Records later this month — and it’s a winning combination of ingredients: huge fuzz-bombed riffs and gravelly bass lines, pavement-splitting drumbeats, seductive melodies, and an interesting (and potent) vocal tandem. 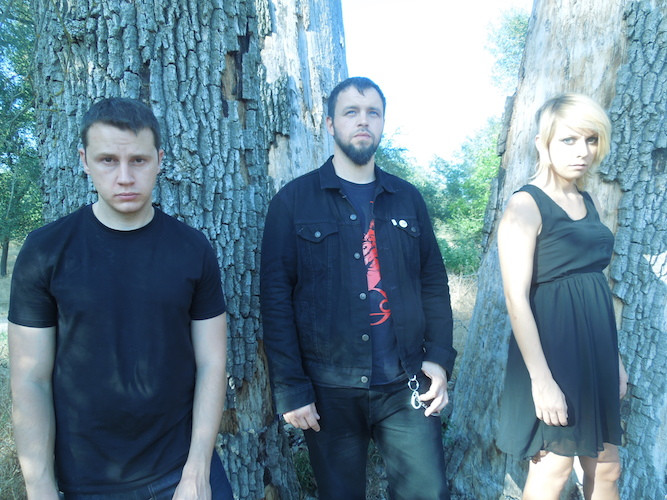 The first three songs on the EP roll like a massive, grit-caked bulldozer while the last one — “A Sea Without Shore” — is a lumbering dirge, a stew of bleak, blasted misery that’s also skull-clobbering.

As for that vocal tandem, the dominant vocals on the first two songs are paint-scraping, bile spewing black metal shrieks — but high, ghostly clean vocals make brief unexpected appearances, and they are really good. In the third song, the vocal tandem share relatively equal amounts of time, while in that last doom-drenched song the clean vocals are dominant, lending the music’s atmosphere an even more occult aura.

I suppose if you needed a summing up of the sound, I’d call it blackened stoner doom. Hope you dig it as much as I have.

A Treatise On Resurrection And The Afterlife is scheduled for release on November 28 on CD, vinyl, and digitally. I found one track from the EP that CVLT Nation, as well as a trailer. Both streams are below. 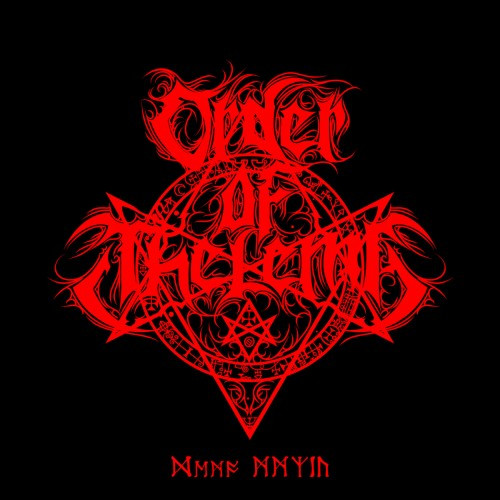 Order of Thelema are from Florence, Kentucky (near Cincinnati), and have recently released their first demo for free download on Bandcamp. It’s four-song affair with a bit of a lo-fi sound, and although I do have my own favorite song, it makes for an interesting listen from start to finish and is a promising start for this new group.

The music is often slow and sombre, tear-soaked and stately, a kindred spirit of doom in its more atmospheric and emotionally affecting melodic incarnations, but with bursts of blackened aggression that put the edge on all the melancholy. The songs are also loaded with vocal variety — ranging from nails-on-the-chalkboard black-metal shrieks to cavernous doom roars to subdued muttering and ghastly whispers. Here and there, the clean wordless intonations of a choir give the music the air of a mass.

The first three songs also include extended melodic guitar solos near the end that become an anticipated highlight of those tracks on repeat listens.

My own favorite is “Cultum In Animus Occuli”, a slow, rocking number that builds in intensity, but part of the fun in listening to that song is moving from there into the unexpected closing track (“The Unveiling of the Dawn Through New Eyes”), which turns out to be a pairing of acoustic guitar and unsettling keyboard-generated ambience, a melancholy piece with folk overtones that becomes hypnotic. 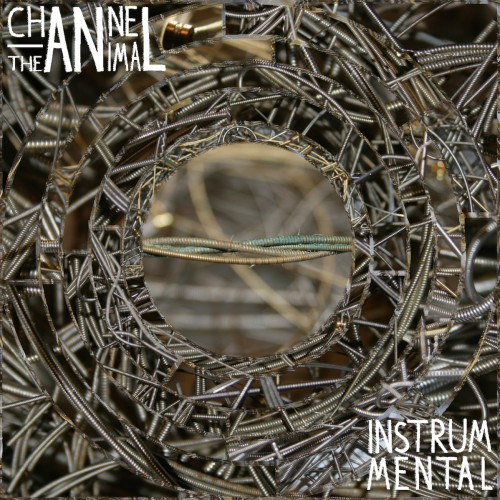 Channel the Animal is the name Todd Seibert (from Indiana, I think) gave his solo metal project, and late last month he released a debut EP named InstrumMental as a “pay what you want” download on Bandcamp.

Understandably, some of you may be stifling a yawn at the thought of yet another solo instrumental metal project. I wasn’t exactly champing at the bit to hear it either — but once I started I got sucked in and became thoroughly engrossed, partly because the opening track “DoomFull Circle” is such a high-energy, fret-burning, rhythmically propulsive starter. Even stripped of vocals, so much happens in the track that it’s very hard to resist even over the course of seven minutes.

If you stay with the EP after the opener, you’ll come to an excerpt from “Cello Suite No. 2 in D Minor” by J.S. Bach. That’s right, as performed on bass.

“Pigs To the Trough” and “Supernova Sunburn” round out the EP. The former is another galvanizing romp of infectious riffs that writhe and jab, plus a load of swirling guitar and darting bass extravagance. The latter is the most prog-minded of the songs. It begins with the playful interplay of layered guitars, segues into a mid-paced segment with an affecting, wistful melody, and then becomes increasingly intricate and energized. Really good.

By the way, the music is very well-produced and sounds great.

7 Responses to “SHORT BUT SWEET: BOG OAK, ORDER OF THELEMA, CHANNEL THE ANIMAL”