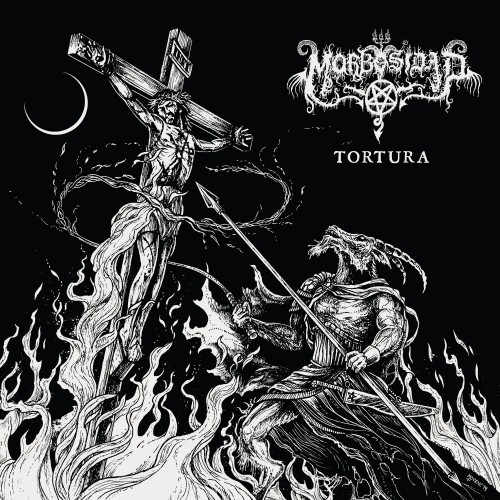 There is no disguising this. It’s all right in your face, like a brain-damaged, starving wolverine thrown in your face. With very few exceptions, it goes like a jet-fueled, turbocharged, bat-winged, red-eyed, race from start to finish. It’s the latest release from the venerable Morbosidad, and they still show no mercy.

Morbosidad have been shaking the foundations of extreme metal since about 1993, releasing a host of splits and EPs as well as four albums.  This latest release, with a new lineup recruited by founding vocalist Tomas Stench, is a four-song EP named Tortura that will be released by Nuclear War Now! on December 15. On the final track, it features a guest appearance by Chris Reifert of Autopsy. It kicks all the asses. 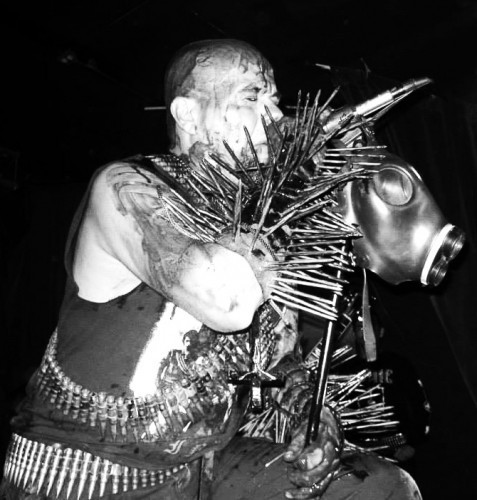 Each song is a blizzard of gritty, grimy, blistering black thrash riffs that will electrify your brain, even as they strip away your skin  with a bone knife.  Everything is fast, from the machine-gun snare attack to the particle-accelerator fretboard assault, to the necrotic guitar solos.

There are a few breaks in the skin-flensing, places where the riffs turn from slaughtering to jabbing, and on the last two tracks the band briefly drop down into a doom crawl, which just makes the music feel even more diseased. And make no mistake — this shit is really catchy.

If you’re a fan of Morbosidad, then you know what to expect from the vocals, and if you’re new to the band, they’re a key ingredient. They’re thoroughly pestilential — a mix of tyrannical proclamations, ravenous howls, bile-drenched retches, and blood-spewing roars. They’re reverbed to the max, and they sound convincingly horrific.

In a nutshell, Tortura rips. Unfortunately, I’ve been unable to find anyplace on the web where any of the music is streaming. As soon as something pops up, I’ll embed it below. In the meantime, below is a stream of their last album.

UPDATE: We now have a song from the EP we are authorized to stream for you — and you can find it below.