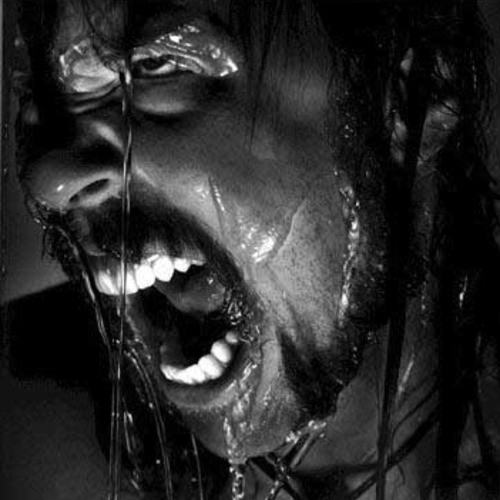 (The following piece is by guest writer Grant Skelton.)

I want to kill you.”

“I am my father’s son

He’s a phantom, a mystery and that leaves me nothing!”

You’ve clipped my wings before I learned to fly…”

“Dear father, I’ll be waiting, I’ve saved you a seat in hell.”

“I tried hard to have a father but instead I had a dad.”

“A world of violent rage

But it’s one that I can recognize

Having never seen the color of my father’s eyes,”

– Rage Against The Machine, “Settle For Nothing”

The face of your own stability,

Leaving you with the dead and hopeless?”

“When all is said and done

I’ll always be your son

But all is not forgiven,”

“I vent my frustration at you old man, after years your ears will hear.. You screamed that you tried, but it’s words of a weakling and promises made by a drunken liar,”

Sometimes I wish I didn’t know

I wish that I had just never been

Why did you have me?

Or better yet why’d you leave?”

What the hey it’s time to face exactly what I am,”

Author’s Note: I will concede that I have not taken the time to listen to every single song that’s related to this topic. I haven’t heard every single obscure/rare/local/independent/scene metal band out there. So, I encourage the readers to expound on this topic. Post some of your favorite songs. Include samples of lyrics and your own reflections if you like. Entire books could be written on this topic; this article is definitely not exhaustive. I will read and respond to comments.

The rise of the recording industry and radio brought with it the movement and consumption of music as a product. Artists and bands were able to provide something that people could purchase and own. Record labels financed recording and distribution of LPs and singles, radio stations took music into homes and cars. The biggest consumers of recorded music products were young people, particularly teenagers. Be it blues, jazz, Motown R & B, or rock and roll, young people loved (and still love) music. Young people also connect with the ideas and concepts presented in whatever genres they are interested in.

I live in Memphis, Tennessee. This city itself is home to a musical legacy that intertwines all of the genres I just mentioned. Whether it’s Johnny Cash, B.B. King, or the King himself, Memphis played an important role in the cultural landscape of music and music fans. Since we have had access to recorded music as a product, we have had access to the viewpoints presented in its lyrical content. We could listen to a song or album repeatedly, singing along with the lyrics until we knew them better than our own names. We could relate to and identify with the lyrics.

Music has always been a platform for dissension and protest, of decrying wrongs and demanding change. Rock music’s tumultuous history with established authority has been well documented elsewhere. By the time bands like Blue Cheer, Cream, Led Zeppelin, the Doors, Jimi Hendrix, and the like arrived on the scene, the establishment perpetuated the idea that fans of this type of music were outsiders — political dissidents, hippies, burnouts, losers, flower children. Whatever you might call them, these were the people who put money into the recording industry.

Enter heavy metal music in the 70’s and 80’s. The genre’s progenitors pushed the envelope even further than their rock n’ roll forefathers.  They spoke out against government deception, religious hypocrisy, war, politics, and parental oversight. It is this last topic that I want to examine in this article.

I’m about to be a father for the first time. I know for a fact that I’m not the only dad out there who still listens to metal. I know there are a number of metal musicians who are fathers themselves (and great ones at that). How can we look back at songs we loved as teenagers and learn from them? What can we take away from the melancholy and often caustic heavy metal lyrics dealing with parents? Is it possible that with some introspection, we might have a meaningful dialogue about how to be better parents?

Parents provide easy lyrical fodder for the theme of rebellion. They are the first authority figures that we encounter upon our arrival in this world. We see them every day. We live with them, eat with them, we are socialized by them. They are our most visible representation of control, censorship, and power. Our struggle with our own identity and autonomy begins with the beings that we refer to as “Mom” and “Dad.” Of course, everyone’s experience with family is different. Yours and mine are by no means identical. And thank heavens they’re not. How boring would that be?

As I read about and researched this topic, I found that the parent most challenged, questioned, and vilified in metal lyrics was the father. Metal fans will likely recall the humorous caricatures of overbearing Dads in videos like Twisted Sister’s “We’re Not Gonna Take It.” For many, Dad is the most personal symbol of authority. In the metal lyrics I read through, the songs dealing with rebellion against parental authority tended to classify 2 types of parents:

The first category deals with a parent who isn’t there. He may abandon the family prior to or shortly after the birth of a child. His appearances may be sporadic and infrequent. He may not be financially or occupationally stable. He may be present bodily, but otherwise occupied with his career or a hobby. He may be physically present, but absent in other ways. Perhaps providing financially is the only thing he feels he is good at; he might feel like that is his only role. As long as the physical and material needs of the family are met, he has done his duty. He may be an addict, whether to his job and work schedule or to alcohol and other substances.

Alice In Chains fans probably remember the last interview that late singer Layne Staley gave. In that interview, Staley explained that his father left his family when Staley was eight. Staley thought if he became famous, his dad would want to be around him and would come back into his life. When the two finally did establish something of a connection, their “bond” only aggravated their respective drug addictions. They enabled one another’s self-destructive behavior. Staley’s encounters with his father were more like that of dealer and user than father and son. Read more about that interview here:

From “Dyer’s Eve” to “The God That Failed” and “Mama Said,” Metallica fans are already familiar with James Hetfield’s estrangement from his upbringing. In 2010, director Justin Hunt released the documentary “Absent,” which deals with the issue of fatherlessness. James Hetfield was among those interviewed in the film. That interview can be viewed here:

The idea of the corrupt parent, the second category, has inspired many an incendiary lyric. By no means is this lyrical theme confined to heavy metal. That fact alone lends credence to the universal nature of the theme. Corrupt parents may dominate their households. They may intimidate with their words or their presence. They may be hyper-vigilant and harsh in their discipline. They may manipulate covertly with passive aggression. They may be verbally or emotionally abusive. On the more extreme end, that abuse may even be physical or sexual. Domestic violence such as this can even cycle through multiple generations if it is not dealt with.

Songs like Motorhead’s “Don’t Let Daddy Kiss Me,” Trivium’s “A Gunshot To The Head Of Trepidation,” and Pantera’s “25 Years,” are but a few examples of songs that address this second category. Domestic violence and sexual abuse were frequent lyrical themes in the nu-metal of the 1990’s. KoRn covered these topics throughout their discography (“Daddy,” “Kill You,” “Dead Bodies Everywhere,” “Falling Away From Me,” etc.). Tool’s disturbing music video for the song “Prison Sex” more than adequately depicts the perversion of innocence by compromising it too quickly. “Down With The Sickness” built Disturbed’s entire career on this same lyrical theme. Bands like Marilyn Manson and Nine Inch Nails sometimes stretched themes of abuse and its effects across entire albums (NIN’s The Downward Spiral, Manson’s Smells Like Children).

In the coming days (or any minute now!) my son will be born. His coming brings with it a new role for me; the role of “dad.” I will not be a mere biological father to him. I resolved that long ago. I will pass on more to him than genetic traits. I want to hold him. I want to play with him. I want to hear him laugh. I want to dry his tears and put my arm around his shoulders and tell him that he can take more than he thinks he can. That he can survive and outlast and thrive. I want to see the man in him emerge. I want that man to come out of him and do some good in this world. I want to do something different than the dads who inspired the lyrics I’ve discussed. I don’t want to be a source for lyrics like these.

Metal always has been, and will continue to be, a genre that gives a voice to anger. Sometimes it may be anger for anger’s own sake, and that is just fine. But sometimes, that anger needs to be more substantial and profound. Sometimes that anger needs to speak against something. That anger needs to drag dark, ugly things out of the shadows and expose them. It needs to wrap chains around their necks and lurch them, kicking and screaming, into the light. If not for metal, some would have no voice for their own pain and abuse. And if we listen to those voices, we can learn from them.

21 Responses to “PROVOKING OUR SONS TO ANGER: METAL AND PARENTAL AUTHORITY”