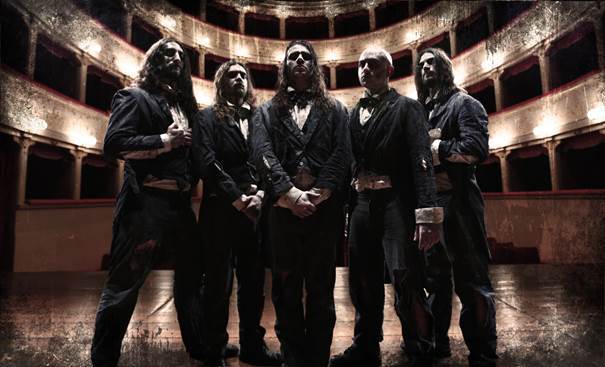 I thought that once I got back to Seattle on Sunday from my two-week sojourn to the East Coast, things would return to normal. That hasn’t happened. The old fuckin’ day job has continued to have its way with me like a lonely shepherd on a tethered goat. Between that kind of raw treatment and getting other people’s year-end lists ready for posting, I’ve had precious little time to write about new music and videos. I do have a very long list of new things to check out, but I’m afraid all I can do at the moment is toss these two excellent videos your way.

These Italian maestros of blistering symphonic death metal have just released an official video for the song “Epilogue”, which appears on their latest album, Labyrinyth. The video was directed by Francesco Paoli and Salvatore Perrone and features special guests soprano vocalist Veronica Bordacchini (who was a fine addition to the band’s live show when she accompanied them on their NorthAm tour earlier this year), guitarist Marco Sensi, and cellist Shamatiyenko Kostyantyn.

The video is beautifully filmed, and the dramatic song is the high point of the album. Enjoy…

Spinefarm Records will be reissuing the 2013 debut album Winterborn by Wolfheart, the one-man project of Tuomas Saukkonen (now filled out) that we praised to the skies when it was originally self-released by the band (and we had the privilege of premiering a full-album stream as well). The re-release comes with two bonus tracks and will be out on January 30th in Europe and February 3rd in the U.S. (both as a CD and as a digital download).

Not long ago DECIBEL magazine premiered a new video for the song “Routa Pt 2” — except it’s not a premiere, since essentially the same video appeared in September 2013 (and we featured it here). But what the hell, it’s also beautifully filmed, both indoors and outdoors, and the song remains a gem. Worth watching again — or for the first time if you’re new to this band