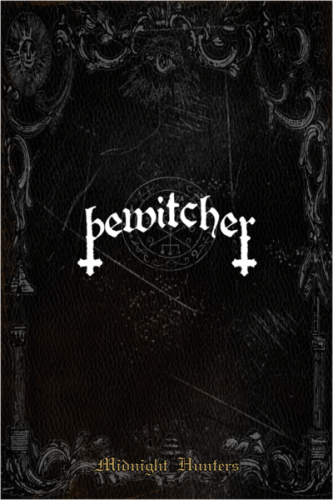 Bewitcher is a two-man band from Portland, Oregon, whose third demo release — a three-song offering entitled Midnight Hunters — will be coming your way on January 5, 2015. A few paragraphs from now, we’ll give you a chance to sample the demo as we premiere a stream of one of the new songs, “Speed ’til You Bleed”.

As you’ll soon find out, that’s an apt title for the song. It’s a rocking blast of thrashing blackened speed metal, a dirty, alcohol-fueled homage to the spirits of Venom and Motörhead that will get its hooks in you right from the get-go. The production is gritty enough to ooze old-school heavy metal vibes but not so rough as to obscure the shotgun drumming, the shine of the cymbal smashes, the spitfire soloing, the abraded filthiness of the raving vocals, or the sing-along compulsiveness of the lyrics. 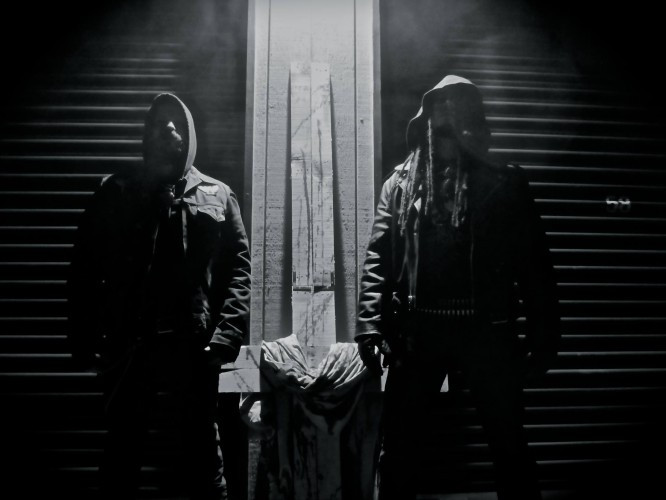 But let’s be honest, as good as all those ingredients are, the rollicking riffs are the heart of this song, and man, they’re irresistible. You don’t need a battle jacket or a bullet belt to enjoy these ass-kicking chords, but you’ll probably want to get your hands on some after you finish this ride.

Like the better known Midnight, Bewitcher are tapping into the primal, pulse-quickening appeal of 80s punk-infused speed/thrash, not reinventing the wheel but sending it down the road in a careening romp that’s a hell of a lot of fun.

Midnight Hunters will be released both digitally and on tape via Heretic Fire on January 5, 2015. It can be pre-ordered now at this location. A teaser for the demo was previously uploaded to YouTube and we’re including that after our premiere of . . . “Speed ’til You Bleed”.

2 Responses to “AN NCS PREMIERE: BEWITCHER — “SPEED ‘TIL YOU BLEED””