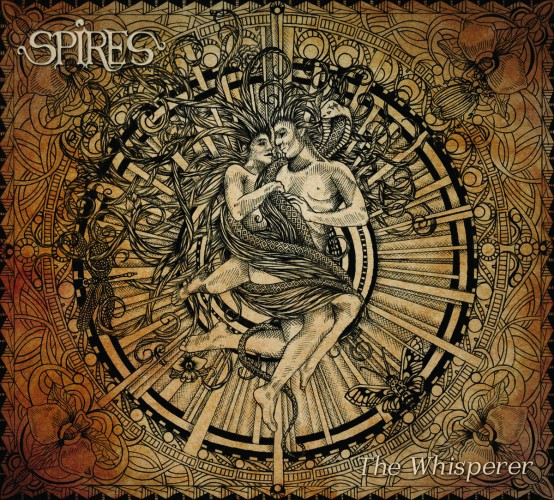 (Andy Synn reviews the new second album by Spires from Manchester, England, out now on the Eulogy Media label.)

Well, it’s looking increasingly likely that this is going to be one of my last reviews of 2014, as next week it’s time for the unveiling of my annual list-extravaganza, after which I’ll mainly be playing catch-up wherever I can with albums we’ve unfortunately missed out on so far, as well as preparing for the onslaught of new material that invariably comes at the beginning of each new year.

Still, there was no way I was going to miss out on the opportunity of reviewing this album.

Now, full disclosure – I’ve been a big fan of these guys for quite a while now, having reviewed their debut album Spiral of Ascension back in 2010, and their EP Lucid Abstractions in 2012, and Beyond Grace have played several shows with them in the past (and will hopefully play several more with them in the future).

However, I like to think that I’m capable of being fair and critical enough to review this album objectively, and so I hope you can trust me when I say, without reservation, that this album is an absolutely phenomenal piece of work. 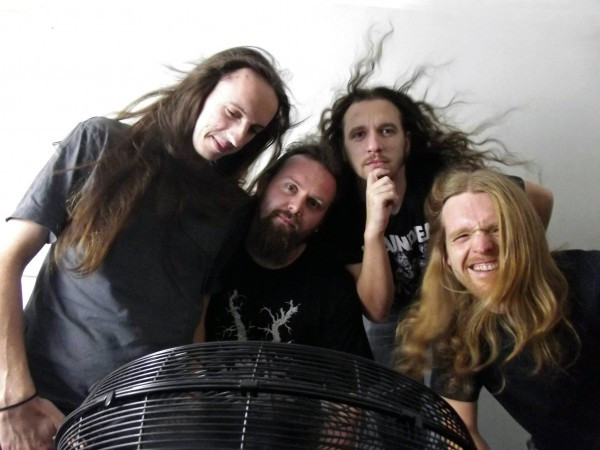 Though the band’s sound has changed little from their overall debut – it’s still an impressive and involving mix of Progressive Metal, tinged with touches of Death and Black with a penchant for both melody and complexity – the songwriting, the execution, and the sheer creativity, have all been raised to another level.

Softly plucked acoustic guitars and cleanly strummed chords ring out in a gleaming spiral of sound, before diving deep into the electric morass of bristling, buzzing distortion to dredge up a torrent of intense, elemental riffage and crackling, sweeping leads, their complex construction and energetic interplay executed perfectly, every part perfectly placed in the greater whole and performed with passionate flair and flawless precision.

The intricate, often intimate, drum work rolls and yaws, ebbs and flows, rises and falls with patient care and grace, agilely flitting between power and restraint as each song requires. The powerful percussion drives each song without ever overwhelming it, pulling back and opening out to allow each composition room to breathe and expand at its own pace.

Subtly nuanced bass-lines weave their own particular melodic spell in amongst the many other threads of sound, filling out and expanding the album’s sonic palette with an understated, yet unforgettable, performance. Alex Jolley’s underappreciated presence on this record seems equally comfortable locking in with the guitars and drums for a triple-pronged metallic assault as with offering up a stunning, often scene-stealing, melodic counterpoint of his own.

The (frankly stunning) vocals switch effortlessly back and forth between a ravenous snarl and a plaintive croon, painting their melancholy melodies and anguished aggression in a kaleidoscope of emotional shades – aided and accentuated by touches of brooding cello and weeping violin, which add their own dashes of colour and harmony to the album’s many-hued canvas. 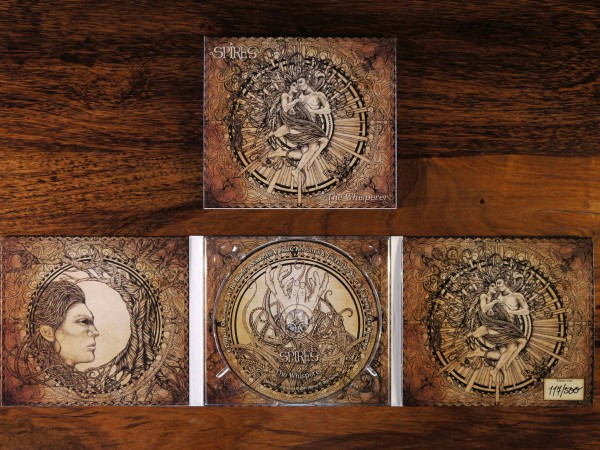 It’s this interweaving of elements and multifaceted approach to songwriting – no instrument exists purely to fill one simple role, each is allowed room to explore and expand their approach as they see fit — that really makes the band stand out from the pack.

Oh sure, they’re not the first band to fuse Progressive influences and structures with the more robust metallicisms of extreme metal, and I’m equally sure they won’t be the last. But the exact manner in which they undertake this endeavor, the precise measures and amounts involved, the exact formulas they use and the recipe they work to… that’s what truly makes this record so distinctive and compelling.

Whether it’s the slow unfurling of “Ethereal Organisms” — which expands from humble beginnings into something truly majestic, centered on an ever-repeating, ever-evolving, central melodic hook which shifts seamlessly between each instrument — or the more instantly aggressive and overtly technical riffage of “At His Behest”, which intertwines melody and extremity with shameless abandon, there’s never a moment wasted or misplaced on this album. Despite the enviable instrumental abilities of each member (including newly instated guitarist Richard Corrie, making his recording debut with the band here), no song feels like an excuse to show-off their talents and technique.

Indeed, every part of this album is a piece of the overall puzzle. From the elegiac string-work of the instrumental “Surrogate”, to the indulgent, involved riffs and nimble bass-lines of “Primal Revelation”; from the epic peaks and gleaming highlights of “The Fevered Spirit”, and the esoteric, almost devotional strains of “Elsewhere”, to the grand undertaking of the 20-minute title track which brings the album to a truly magnificent conclusion, it’s an album that rewards its audience ten-fold, each listen offering a slightly different experience as more answers are revealed, more subtle touches and clever twists unveiled, more layers of meaning uncovered and explored, and more questions inspired.

I’d imagine a lot of discussions will invariably compare this album with Citadel by Ne Obliviscaris, another album that defies convention and expectation in its melding of extreme elements with grandiose melody and mesmerizing progressive ambition. However, for my money, despite being the less overtly extreme of the two albums, The Whisperer ultimately offers a richer and more rewarding experience, repaying patient listening and careful attention with a truly magical and unforgettable musical experience.

7 Responses to “SPIRES: “THE WHISPERER””