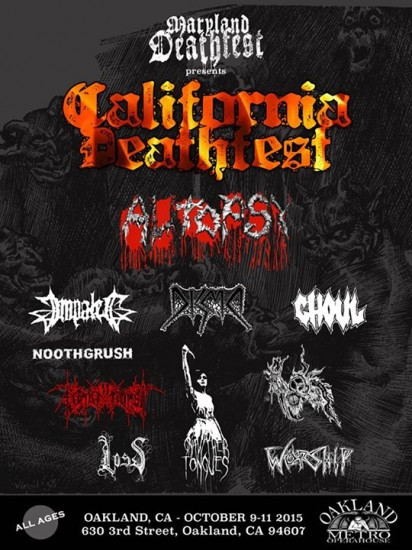 Unlike MDF, there will only be one stage, in a club setting, though if this first California Deathfest proves to be a success I’m guessing it will grow — and given the stellar line-up for this debut event, it will surely succeed.

Here’s the first round of confirmed bands — more are coming:

On July 11 I posted a news item (here) about the departure of guitarist Christian Muenzner and drummer Hannes Grossmann from Germany’s Obscura, and in the title of the post I asked the question, “Have You Heard of Alkaloid?” I had not, but in the course of researching info for that post I discovered that Grossmann was a member of Alkaloid, along with guitarist Danny Tunker (Aborted, God Dethroned), vocalist Morean (Dark Fortress), and current Obscura bassist Linus Klausenitzer. As it turns out, Muenzner is a member of the band as well.

Alkaloid have finally released a song for public consumption, and with 49 days left in a crowd-funding campaign, they’ve nearly succeeded in reaching their goal to finance production of their debut album — The Malkuth Grimoire. (To contribute, go HERE.)

Alkaloid have described their mission as creating “the world’s most extreme Prog Metal band”. They’ve certainly got the right people for that job, and based on the new song, they seem well on their way.

The head-spinning song’s name is “Carbon Phrases” and it’s an unpredictable and thoroughly fascinating concoction of musical diversity ranging from prog to death that’s beautifully performed and very well-produced. This album is going to make a big splash, so prepare to get wet. 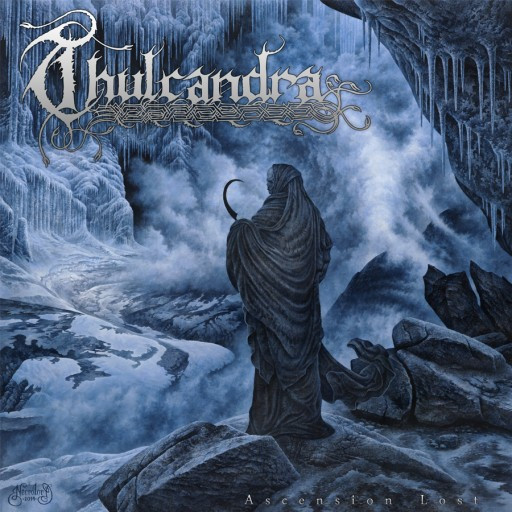 In a somewhat related development, Germany’s Thulcandra have a new album coming our way. I say “somewhat related” because Thulcandra’s vocalist/guitarist Steffen Kummerer is also a member in the revamped Obscura. His bandmates in Thulcandra are Tobias and Sebastian Ludwig (bass and guitar, respectively) and drummer Erebor (Secrets of the Moon).

I really enjoyed Thulcandra’s first two albums — Fallen Angel’s Dominion (2010) and Under A Frozen Sun (2011) — and so the news that their third album Ascension Lost will be released by Napalm Records on February 10 is very welcome (the album can be pre-ordered here). I’m also delighted to see that the band have once again turned to Necrolord for the album’s wonderful cover art.

Yesterday DECIBEL premiered a song from the new album named “Exalted Resistance”. Thulcandra are clearly continuing to follow in the footsteps of Dissection, but as before, they are doing it really, really well. “Exalted Resistance” is powerful, dynamic, atmospheric music, both ravaging and… exalting. I want the rest of this album yesterday.

Go here to listen to the new song:

Thulcandra’s FB page is at this location. 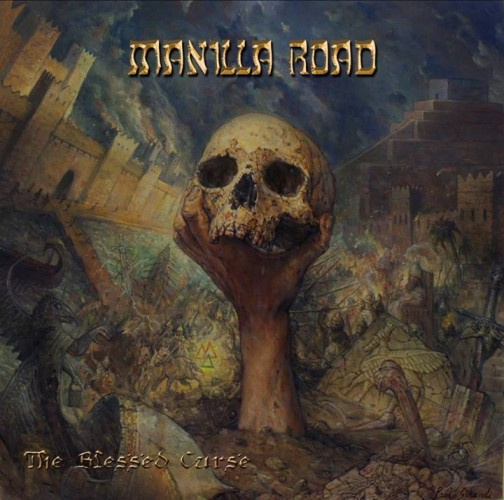 I’m including this next item mainly because of the artwork, which is quite eye-catching; also, skull. It’s the cover for The Blessed Curse, which will be Manilla Road’s 17th full-length album in a career that goes back more than 30 years. It will be a double album (both 2-CD digipak and double-vinyl) and it’s scheduled for release on Friday the 13th of February, 2015. 2CD (high quality digipak) and double-vinyl.

I discovered Manilla Road fairly late in their career, and although they’re vocally an exception to our usual rule, I’ve found their music fascinating. Looking forward to this new work. 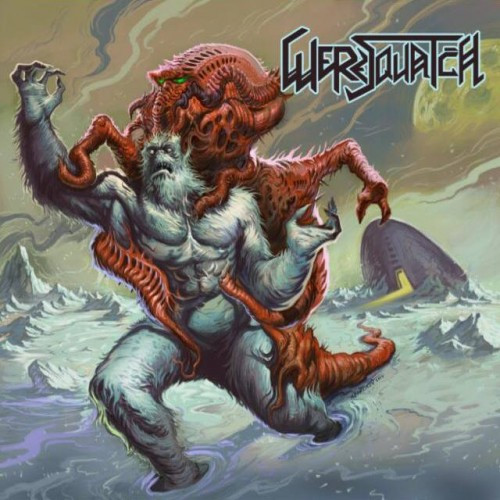 Weresquatch are a Portland, Oregon, band with a debut album set for release in February via Stormspell Records. It was produced, mixed and mastered by Joel Grind of Toxic Holocaust. I’ve had a listen to two advance tracks from the album, one of which I’m able to stream for you below, and it’s made a very nice impression, kind of like the impression made when you wet your fingers and jam them in an electric socket.

The album’s name is Frozen Void and it features cover art by Andrei Bouzikov. The song you can check out below is the title track. It thrashes really fuckin’ hard, but in addition to the turbocharged jolt delivered by the riffs and the drum assault, the song stands out because of the utterly filthy production — it’s raw and corrosive — and the acid-spewing guitar solo. I’m also a fan of the ugly, throat-tearing vocals. Very promising. 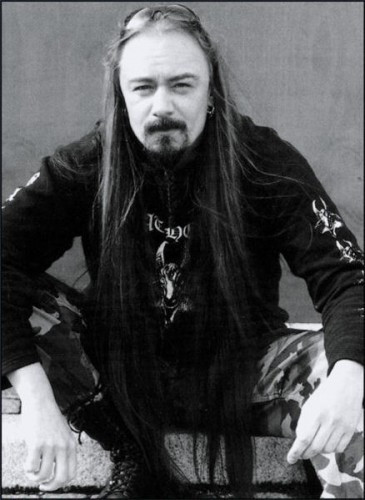 I discovered this last item through a tip from NCS supporter eiterorm. It’s a recording of a traditional Swedish song “Sankt Staffans visa”, or “Staffan stalledräng”, with new lyrics in honor of the late great Quorthon. The new lyrics are littered with Bathory references. This is aces.