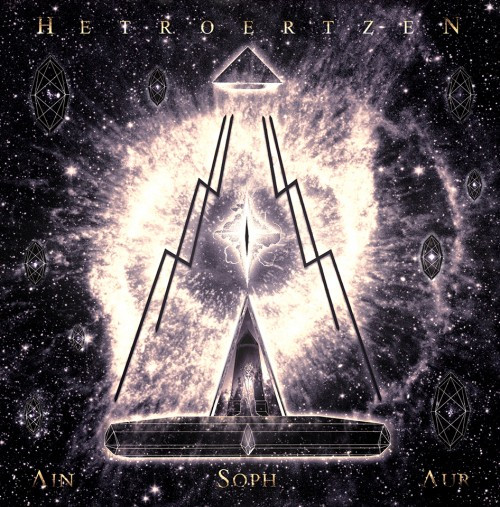 Here and there, Ain Soph Sur is adorned with the trappings of ecclesiastical music — angelic choirs and near-operatic male vocals, monastic chants and Latin verses, an overarching aura of mysticism and stately grandeur. In these moments, you can almost smell the aroma of incense wafting from a swinging thurible, and I half-expected to hear the chords of a cathedral organ (actually, I think I do hear them on one song).

But if the album sometimes brings to mind the musical accompaniment to a mass, it is a Luciferian hymnal, a celebration of the coming of the light-bringer. In Qabbalistic philosophy, “Ain Soph Aur” is an aspect of the Absolute —  the limitless or eternal light; in this album, it burns like a conquering fire. 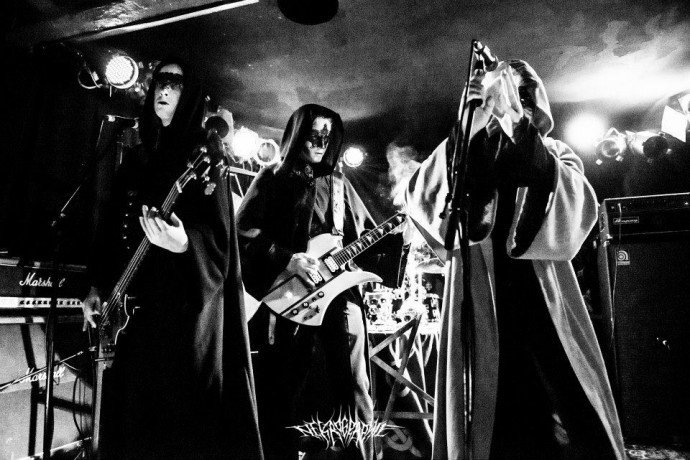 Ain Soph Aur is the fifth album recorded by Hetroertzen, a band that began life in Chile and is now based in Sweden. Though the line-up has changed somewhat over time, Hetroertzen’s ranks still include the two earliest members, Frater D. and Åskväder.

Despite the magnitude of their discography, I didn’t discover Hetroertzen until last May when I decided to explore (and write about) some of the releases by an underground Swedish label named Lamech Records. It has proven to be a fortunate discovery.

This new album is a segmented work. It begins and ends with minutes of ambient electronic haze and strange, ghostly sounds. Three other tracks are in a similar vein, ambient interludes that range in mood from the ominous to the ethereal but all of them conveying an air of mystery, untethered from the material world.

Apart from the role these interludes play in Hetroertzen’s concept for the album, they provide necessary breathing room for the listener — because much of the rest of the album is a sonic conflagration, a chaotic firestorm of squalling, distorted tremolo riffs and breathtakingly fast, complex drumming.

The melodies are mainly dissonant minor-key affairs, constructed to achieve an atmospheric effect — there aren’t many catchy hooks in these songs, just heavy doses of scathing vitriol, infernal ascending and descending scales, sombre processionals, and passages of dense, bleak murkiness. 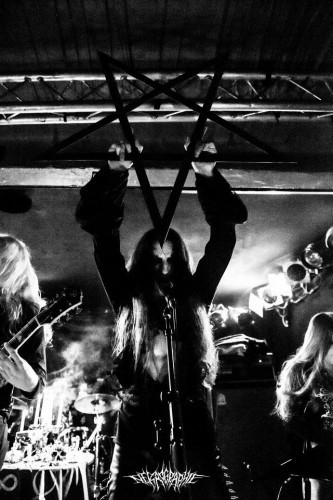 “Blood Royale” is a rampaging storm that breaks into an urgent gallop, with a shrill, trilling guitar piercing the heavy wall of sound and swarming like ants under the skin. “Endless Light” seethes with fury and pain, alternating between a musical representation of chaos and a solemn march — accompanied by the kind of high-pitched shrieking that sounds like someone being burned alive. “Spirit Eater” is another blasting fusillade, with riffs that combine low grinding and high-pitched insectile frenzy.

But the songs aren’t all one thing. “Of Tomb and Thirst” is grim and predatory but features some rocking beats and riffs that bring to mind classic heavy metal. “The Luminous One” is ponderous and funereal, slow and stately, with a repeating melody that insinuates itself into the brain.

“The Rose and The Cross” may be the fastest and most furious song on the album, but it’s also the catchiest, with d-beat rhythms and punk-influenced chords counterbalancing the scathing riff savagery and percussive bludgeoning — and near the end it drops into a wounded crawl, with the riffs hammering like a sledge against coffin nails.

Before those final minutes of phantasmagorical electronic ambience that end the album, the first half of closing track “Piercing the Veil” is slow and staggering, anchored by deep, sludgy tones and accented by higher, plaintive guitar notes that wail like a distorted harmonica. 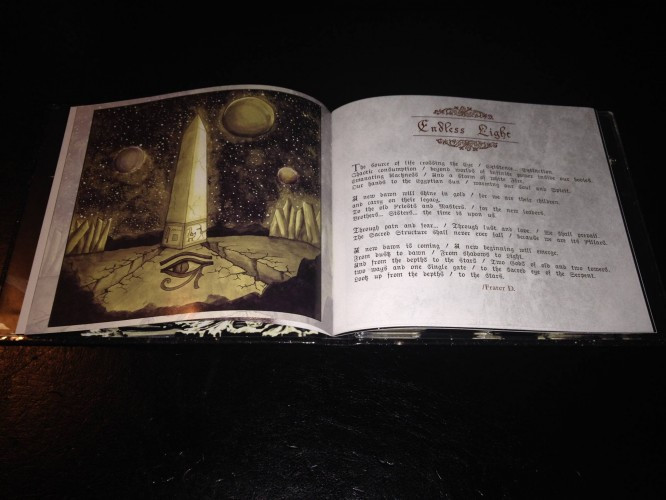 A lot of attention has been given to the sound of the album, layering it with textured effects and a contrasting mix of distortion and clarity, and the vocals are as varied as the changing moods of the instrumental music, ranging from those throaty impassioned cleans to reptilian growls, from baritone chants to hair-raising screams, and much else besides. There’s a lot to take in (including the poetry in the lyrics), and more than one listen is necessary to appreciate all the attention to detail.

This isn’t the kind of music that’s going to have mass appeal. It’s a challenging listen in many respects, unrelentingly dramatic and primarily dissonant in its melodies, often harrowing and unsettling, more dedicated to immediacy in its occult atmospherics than to the creation of hooky riffs and memorable refrains. But both the vocal and the instrumental performances are really impressive, and there’s an undeniable power and passion that flows through the music like a river of fire.

Ain Soph Sur will be released on December 15, 2014, by Lamech Records and Amor Fati Productions on CD and by Lamech Records and Terratvr Possessions on vinyl. Guest appearances include vocals on “Endless Light” performed by Kark from Dødsengel and vocals on “Carrying the Forbidden Flame” performed by Edgar Kerval of Emme Ya. The artwork was created by Åskväder and Frater D.

Two tracks from the album can be streamed below.