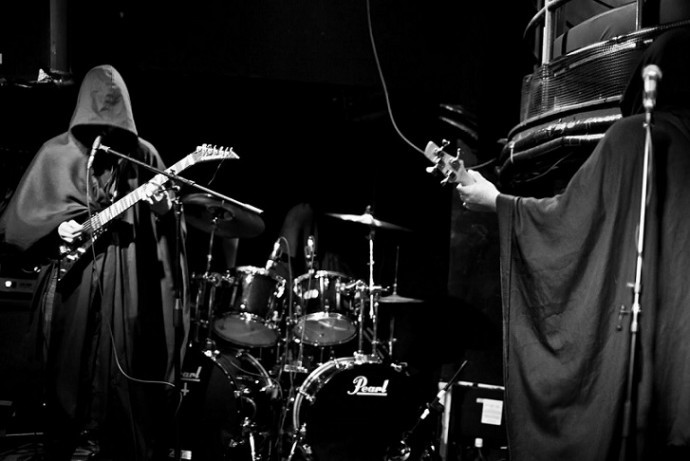 (Our old pal Ben C. from Church of the Riff has surfaced once again to put a smile on our faces and raucous music in our earholes.)

Well fuck. I did it. I wrote something for the first time in, uhhhhh, a while? Yeah, a while. Y’see, this year I graduated university and got hit with this real life thing, so my internet time got dragged behind the barn and shot like a sick dog. It doesn’t help that my day job has me staring at a computer screen all day like a slack-jawed monkey, so the last thing I want when I get home is more screen time.

Anyway, that doesn’t mean I didn’t find plenty of kickass tunes through the year, 12 of which are the subject of this list. It’s not all metal and there is clean singing but hopefully I’ve highlighted some new bands you haven’t heard before and might enjoy.

Witchface are a vile little group of noise mongers who make something almost akin to music but closer to a goblin toddler screeching out for its mother’s gore-speckled tit. It flirts dangerously close to becoming unrefined noise but is saved thanks to a punchy lead riff that provides the main source of propulsion for each track. It’ll annoy the hell outta most people but when you have the right bunch of screws loose you can’t help but shit yourself and scream along. 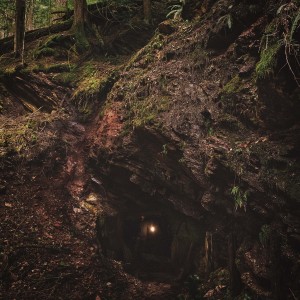 Hardcore punk will always find its way onto my playlists, a sleazy fucking lecher that always wants to pick a fight at the worst possible time, like getting halfway through your drive-through order only to get cut off by the shriek of feedback and a unrelenting torrent of angst, aggression, and antisocial tendencies coming from your stereo.

I love this shit, though, which is why Bloodmines was a favorite of this year. The formula is grizzled and lean, an ode to the bloody back alley howled out by a gang of mange-riddled coyotes. Head down, fist up, gut boiling, head full of fuzz. Make bad choices and cry about them in hell, we’re all headed there anyway. 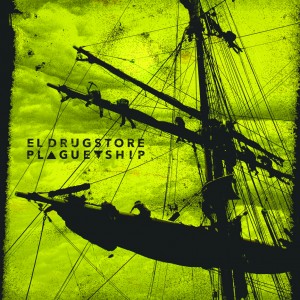 Instrumental metal from a group of guys who most definitely eat their shreddies every morning, Plague Ship is a scintillating meander down a path strewn with all kinds of technical wizardry that flies right over my head but still makes my ears feel good. Math-core jazz-rock whatever-noise, all weird time signatures and off-kilter gallops but wrapped up with enough panache that it doesn’t loose the groove and just become an indistinguishable torrent of notes. Gratuitous musical wankery, a bucketful of tasty licks, and skill left over to weave it all together make El Drugstore some tricky bastards to watch out for. 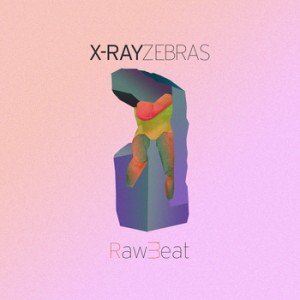 X-Ray Zebras are a group of funky motherfuckers from Quebec who blend together the traditional gamut of instruments with plenty of fancy tweaks from the electronic side. Their skill wielding DAT FUNK is considerable in both its magnitude and finesse, causing me to dance to this album in my girlfriend’s kitchen, alone, in my underwear. Creative, but not weird, tame, but joyfully unrestrained. X-Ray Zebras are experts in subtle songwriting, piecing together solid earworms that pack plenty of dynamic elements without feeling the need to beat you over the head with them. 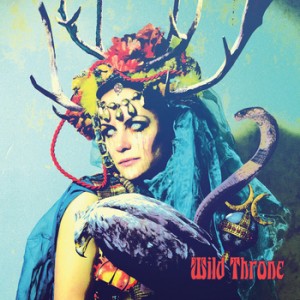 A testament to the good times modern, progressive rock finds itself in, Wild Throne use a myriad combination of textures, tones, and temperaments, all woven together with nimble fingers and a strong sense of direction. Their collection of riffage is as juicy as their diversity, a goddamn banquet of bristling chords and surgical rhythm stampedes that keep your ear pussy wet all afternoon. Combined with a clean vocalist who has the power and variation to keep up the instrumentation and you have a band whose full-length will have me drooling. 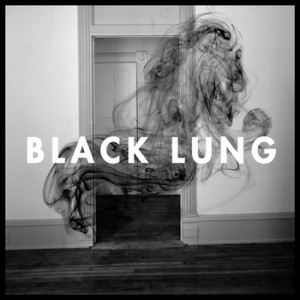 Black Lung are dignified, a trait that rarely turns up in rock ‘n’ roll. Their music is sober and straight-faced, a well-practiced example of skillful restraint. This isn’t the band you wake up spooning in a children’s playground on a Wednesday morning — it’s the band that worked the night shift at the factory, then went out and played gigs well into the morning. It is seriously well-done music, expertly structured and with just the right amount of polish. An extremely impressive debut that manages to be gloomy and heavy but still undeniably catchy. 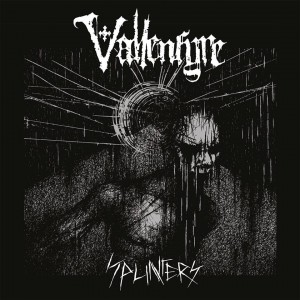 Splinters is crushing. It’s emotionally and mentally draining, a monolithic march of despair and disease. Dark, boiling claustrophobia that makes you feel like you are floundering in an ocean of tar, black fluid filling your mouth and choking your lungs. The guitar tone, the gargantuan vocals, the downtempo chugs and scathing blast beats that keep you off balance — Vallenfyre do not mean to make you comfortable. They mean to strip you down to your bare and worthless core, reminding you that you are steps away from being a small heap of ash on this large heap of shit called Earth. 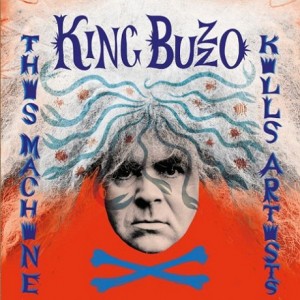 The Melvins have never been predictable and This Machine Kills Artists is yet another curveball from the sludgefather himself, King Buzzo, his trademark towering wall of distortion getting replaced with a hollow guitar and microphone. I wasn’t sure how well this would translate, but the end result is damn tasty, a powerful blast of jangling acid folk and acoustic drone. His chords are forceful and disheveled, a mix of back-alley blues and peyote-laced campfire songs. It’s an impressive change of pace for Buzzo, one of heavy music’s senior citizens who refuses to be put out to pasture. 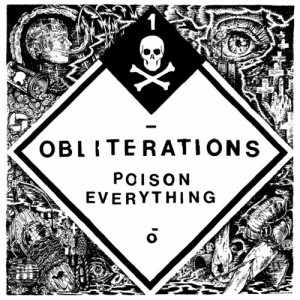 When I heard the first Obliterations EP, I was fuckin’ floored. “How do they go so fast and stay in the pocket so well? Why is the vocalist gargling napalm? Why did I just punch my teacher in the head?”, were questions running through my short-circuited brain. The logical part of me knew this was another throwback re-hash of punk ‘n’ roll but this isn’t an album designed for the logical part of you. It’s an album designed for the id, for reaction, for drunken brawls and living room mosh pits. It’s an album that distills the energy of a thousand different basement shows and pukes it up onto your front lawn, half-digested and oozing with maggots. 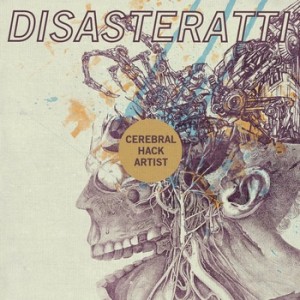 These guys are badass. Southern-fried nihilistic noise rock, brawny and mean with the right amount of twang and a heavy coating of used motor oil. Easily some of the best riffs and guitar tone I’ve heard this year. Feral and metallic, like the taste of blood and the smell of melting steel, it gives a strong platform for Disasteratti to bellow their distaste for themselves and the world they live in. Their guitar work, songwriting, angst, and aggression make them one of the best in their genre, a one-eyed and three-legged street rat, with patchy fur and a hard glint in its eye. 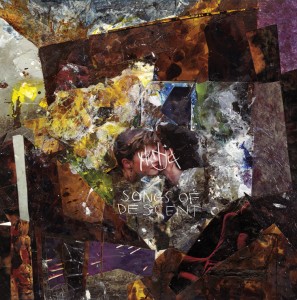 Yautja are fucking heavy. Their low-end probably causes seismic activity somewhere in Tibet, and I’m positive some of the frequencies of their music will stop a pacemaker. A fucking wall-rattler of twitchy riffs, distant roaring, and skillful tempo changes, Songs of Descent is easily one of the best heavy albums this year. Alternating waves of droned-out chug riffs and frothing blast beats are used to melt the circuitry in your stereo and give your neighbors a throbbing migraine. Their songs are thunderous and bestial, they hit you in the gut, grab you by the monkey brain, and force that head to fucking bang. 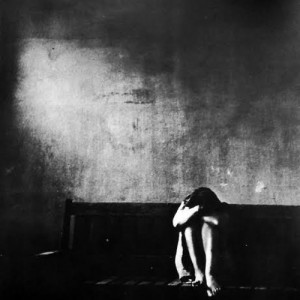 When I first heard Thantifaxath, I didn’t think they were going to end up topping my year-end list. Actually, I wasn’t really thinking at all, more lying on the floor in the fetal position, mewling like a wounded animal and trying to escape the unsettling noise oozing out from my speakers. Their music is an intimate look into the mind of a madman, a depressing spiral of nihilism and fear that sinks its fangs into your brain and refuses to let go. This is an album that is as hypnotic as it is unsettling, a disturbed genius that isn’t afraid to take you places you never imagined wanting to go to. It’s an album that demands your respect, demands you sit down and give it your full attention, so it might prey on your weak psyche and feast on your hopelessness with a maniacal grin and empty eyes.

To continue what I started last year, here’s my top Solo, Riff, and Chorus of the year. Plenty of stellar choices for each but these are the three that really stood out and stayed in my head all year.

2014’s solo of the year is a big softie, all blissed-out fuzz and a hair-flailing groove. A slower jam that doesn’t go too heavy with the flaming fret board and instead keeps things nice and simple, with ample time to catch your breath and make all the ridiculous power guitar stage poses you want.

Noise rock slide guitar. Nothing else even stood a chance. My face almost broke with a smile when I heard this track, there was no way it was going to be anything less than riff of the year. That fucking TWANG, you can’t beat that.

While this isn’t a chorus in the sense that you can sing along, it’s one hell of a hummer. The main melody in this track is almost painfully catchy, stapling itself to your brain stem for days on end. It’s weaponized funk, like some kind of sonic dance weapon that makes people boogie like it was 1972 all over again.

Lastly, the thing I’m most excited for in 2015 that isn’t music but sure is metal as fuck….MAD FUCKING MAX 4.