(Comrade Aleks brings us this interview of Michał Śliwa of the Polish atmospheric doom band Echoes of Yul.)

Echoes of Yul (Opole, Poland) was started as an instrumental doom project with some experimental influences that give their first self-titled album some unique and strange atmosphere. Time has passed, and with each new release Echoes of Yul became stranger and more eclectic. Their second LP brought even more researches with dark electric sound and haunting samples, so I was not surprised that their EP Tether came with a bunch of remixes amidst a few new tracks. Even the name of the new drone-like track “Asemic”, which was included in a 2014 split-CD by Echoes Of Yul and Thaw, means “a wordless writing”, as the project remains an instrumental one. But Michał, the man behind Echoes, has some words to share, so we did this interview a couple of days ago.

Salute Michal! What’s going on in a life of Echoes of Yul? Did the sales of your last album “Tether” go well enough?

Hello Aleksey. Echoes of Yul is very busy – as always. I am recording and arranging a new album, doing remix work etc. In September I released a split album with Thaw on the Instant Classic label.

Regarding the sales of “Tether” I’m not sure whether Zoharum Records are satisfied with the results. I am aware that it is niche music with a small number of listeners, and it’s a good thing that Zoharum is rather a  child of love to music than a business venue, so I haven’t heard any complaints. But you know in a wider view streaming music, downloads, etc. is slowly killing small labels. I totally respect their passion to increase their catalogue with new bands. They put a lot of effort and cash into promoting, packaging, and discovering hidden treasures.

Before we start I would like to ask you one thing – do you remember the day when Echoes of Yul was created? What was on your mind? When you did start the project?

Indeed I remember this day very well. It was in April 2008 I started to play with my old 8-track recorder, where I found a few ideas I composed for my old band called Yul and that’s how it started. I found the sketch of a track which finally became “Or”, and I recorded and mixed it on that day. In the evening I registered a website and figured out a name for my project. Funny how productive it was at the time, I finished the whole debut record in a few weeks. 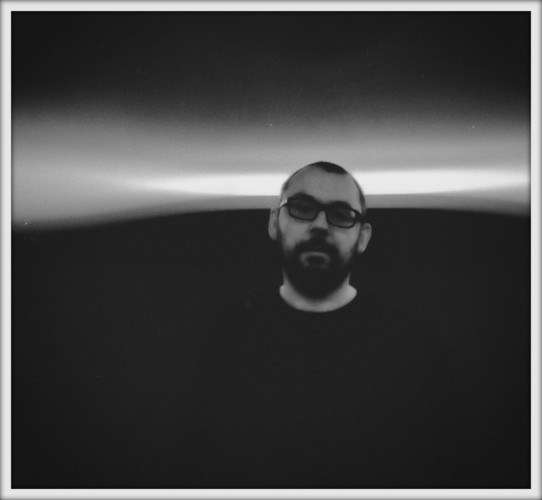 Who is in Echoes of Yul besides you?

EOY is just me, sometimes I use sounds and ideas from my colleagues, but after all the experiences from the past I decided to do music alone. This way works the best for me.

The EP “Tether” is a kind of compilation with 4 new tracks and a couple of remixes of older tracks, and remixes were done by different musicians. How did you come to such an idea and how did you bring it to life?

It was a part of a deal with Zoharum Records. I gathered a lot of remixes through the years and wanted to release them as a compilation. Maciek Mehring from Zoharum suggested that I include some new music, so I added 4 new tracks and so we had a 75 minute-long EP.

Can you note some versions of your songs on “Tether” which you especially like?

I like Maciek Szymczuk’s version of “Libra”. I love this special droney touch he added to my music.

What kind of feelings do you usually put into Echoes of Yul?

On the two previous albums were a lot of cold and rather dark atmosphere. They seem to be more introspective and repetitive. But I hate stagnation. I put a lot of effort into getting some kind of progress in my music and open new gates for the future. You know, six years is quite a long period of time, a lot has changed in me and in my life.

“Guess” is my favorite track on “Tether”. It’s dynamic and it has a kind of unhuman charm. Can you tell the story of this song? It’s my personal request mate : )

This track is from 2012. I was not sure about including this track on “Tether” — it seemed “too uplifting” for me — but everyone who heard it convinced me to release it. I like Matek Czech`s drumming in this track. He`s a great guy who is responsible for the majority of live drumming in EOY.

Does the content of “Tether” differ from the works you recorded before it?

Yes, a little bit different. It is more eclectic and melodic (I’m talking about the author’s part of “Tether”). The remixes are very different from the original versions in major part, they are complete departures from the doom-based originals. 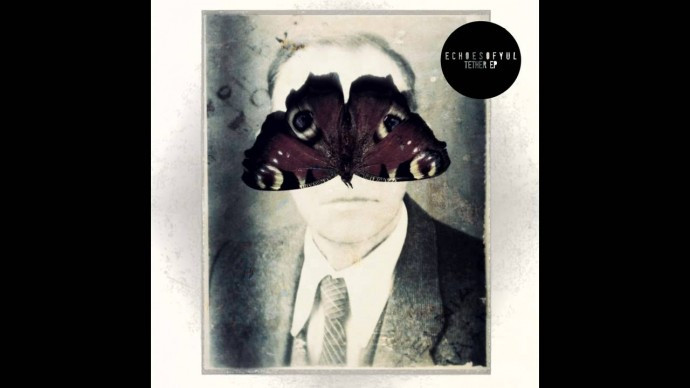 And even after that, Echoes of Yul sound different on that split-album with Thaw. You’ve composed “Asemic” – a drone-based twenty-five-minute long composition of disturbing noises and ghostly atmosphere. What drove you to release this track on this split-album?

I have known Thaw for a few years now. We released albums on Avantgarde Music almost at the same time. I have done a remix of one of their tracks and one day we agreed that we should do a split record. It was a good reason to release something different, longer, and experimental for both bands. I love longer forms of music, I have a lot of demo songs like 60-minutes long pieces and there aren’t a lot of opportunities to release them

Don’t you fear you will scare off your listeners with this volatile style of your project?

Haha, not really. Echoes of Yul has a small number of listeners, but I think there are no random people.

What are your plans for Echoes of Yul?

I`m in the middle of mixing the third full-length record and I want to release it next year. As I mentioned, I have a slightly different feel to the music and composing than six years ago.  I feel that the resulting album is a kind of nostalgic farewell to the formula; I want to make it more intimate and less aggressive, something like “quiet doom”. Funny that friends who have heard fragments of the new album are nearly consistent in saying that it sounds like the work of a rookie, everybody complaining about amateurish production (laugh).

You’ve just told another riddle Michal! Do you mean that there will be not any electric samples on the next Echoes of Yul work? I could never believe it!

No, there will be a lot of electricity on the new album, especially more synthesizers and organs than ever. I mean the new record will be slower and more structured.  I focused more on compositions and less on the heaviness of production

Michal, that’s all for this time, thank you for interview!