I became an immediate fan, and have remained one in the years that followed (you can still hear that “Iron Tusk” cover in the first Mordbrand feature I prepared). I wrote about most of their other releases over the last three years (collected here) and liked every goddamn one of them. And now, sad to say, I’m writing about their final effort.

That’s right, in the video you’re about to see, Torture Division announce that they have reached the end of the line — “No hard feelings involved. No drama. No bullshit. It was great, now it’s over”.

The video also includes new music, both some original Torture Division bulldozing and a cover of the song “Deadly Legacy” by the early Swedish thrash band Agony — a cover that includes guitar solos by ex-Agony guitarist Conny Vigström, with quotes in the video from other Agony members. It all sounds great, and it’s a shame there won’t be more to come.

Of course, the three members of Torture Division are in other bands, and those other bands are also very good, and we will still have them to turn to: 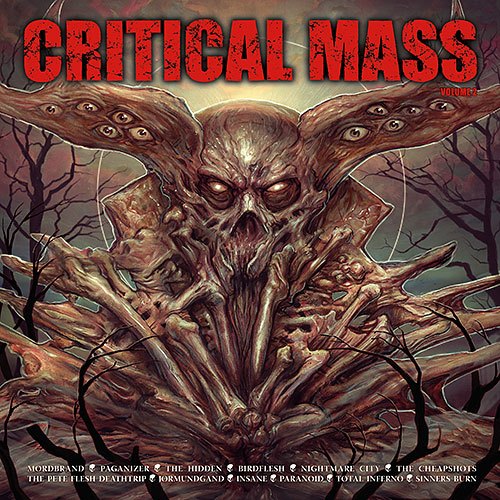 Mordbrand are another Swedish death metal band whose every release I’ve enjoyed. I think I’ve written about every one of them after their 2010 debut in a split with Evoke, including their excellent 2014 album Imago (here) and their even more recent two-song 7″, Vastation (here). One more Mordbrand song has recently become available for listening, and I’d hate to break the streak, so here we go…

The new song is named “Vredesdom” and it was recorded exclusively for an LP compilation called Critical Mass Vol. 2. The compilation includes songs from a lot of other fine Swedish purveyors of death, thrash, and black metal as well as old school hardcore/punk — including another one of my favorite Swedish death metal bands, Paganizer. Here’s the complete line-up:

I haven’t yet listened to the entire comp, but I do want to recommend the first two tracks, which are both fantastic.

If the booming drums and infectious riffing in the intro of “Vredesdom” don’t grab you by the throat right away, then wait for the ensuing full-bore tank attack, or the alien notes that writhe through the gloom of the next section, or the ominous blasting storm that finishes the song. Both crushing and eerily atmospheric, “Vredesdom” packs a lot of electrifying dynamism into its five-minute run-time. In short order, it has become one of my favorite Mordbrand tracks yet.

Paganizer’s “Captor of the Ancients” makes for a fine follow-on to “Vredesdom”. The riffs are savage, the percussion is knee-capping, the melodic leads are positively pestilential (but also engrossing in their own bereft way), and the vocals are choked with filth. Like “Vredesdom”, it’s an excellent example of death metal that’s both overpoweringly vicious and effectively atmospheric.

The compilation will be released on January 16, 2015, and can be pre-ordered here. With the pre-order you’ll get an immediate link to download the entire album in digital form. I’m including a stream of the full compilation below, which begins with Mordbrand’s “Vredesdom” and Paganizer’s “Captor of the Ancient”. 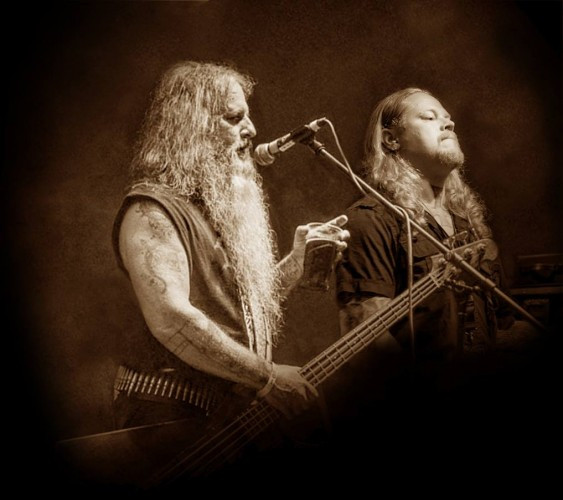 I’m including Johansson & Speckmann in this round-up despite the fact that only one of them hails from Sweden, but that’s close enough, and there’s no mistaking the genre they celebrate. The band is fairly new, but the names of the members are very well-known:

They released a debut album in 2013 named Sulphur Skies and they have a new one named Mask of the Treacherous that’s due for release on February 23, 2015, via Vic Records. Yesterday they premiered one of the new songs — the album’s title track. Earlier this month they debuted another one, named “I’ll End Your Rotten Life”. You can listen to both below.

Speckmann’s vomit-spewing vocals are disgusting — they sound like the excretions of someone being strangled with barbed wire just as a powerful emetic has taken effect — and I do mean that as a compliment. Helgetun’s drumming is precise, varied, and seems perfectly attuned to the variations in the riffs — and Johansson’s riffs and solos in the songs are galvanizing. Yes, this is throw-back death metal that revels in the d-beats, chugs like a locomotive, and gleefully whirs like a giant drill bit penetrating basalt, but it’s a reminder that when this style of metal is done well, it’s a deathless sound. These two songs are high-energy tracks that will get you moving and a good tease for the coming album.